The Best Oscars Speeches Ever

Remembering some of the greats. 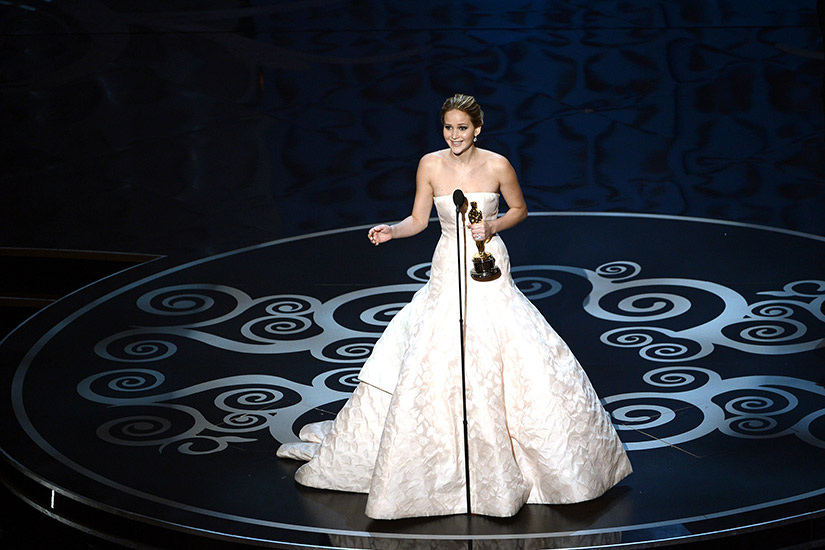 The calibre of the acceptance speeches can make or break an Oscars ceremony. We picked some of over favourites from over the years—presented in chronological order, because we’re not brave enough to rank them.

Award: Best Actress for Places in the Heart
Year: 1985

Yes, it’s technically a misquote (watch the video below for the correct version), but Sally Field’s speech for her second Oscar win gave us the line, “You like me, you really like me,” and for that, we will always remember this moment.

There’s only one way to describe Cuba Gooding Jr.’s acceptance speech for his 1997 Oscar win: triumphant. The actor spent much of his time on stage laughing, shouting his thanks and multiple I love yous over the wrap up music, leading to uproarious applause from the audience.

Tom Hanks’ Oscar for Forrest Gump may have been his second win in a row, but he seemed just as moved by this time around as he was the first time. “I am standing here because the woman I share my life has taught me and demonstrates just what love is,” Hanks said, thanking his wife, Rita Wilson. “Believe me, the power, and the pleasure and the emotion of this moment is a constant the speed of light. It will never be diminished, nor will my appreciation.” (For the record: Hanks’ speech for his win in the previous year for Philadelphia is just as worth seeking out again.)

When a speech starts with the star addressing the person controlling the teleprompter with, “Sir, you’re doing a great job but you’re a little quick with that stick, so why don’t you sit down because I may never be here again,” as Julia Roberts did during her 2001 win, you know it’s going to be a good one. With quips like, “Turn that clock off, it’s making me nervous,” and cheering “I love it up here” with her arms in the air, Roberts charmed everyone watching—even more, that is.

Halle Berry made history in 2002 when she became the first black woman to win the Academy Award for Best Actress. “This moment is so much bigger than me,” she said on stage. “It’s for every nameless, faceless woman of colour who now has a chance because a door has been opened.” One thing is for sure: Berry wasn’t the only person crying at that moment.

Marion Cotillard win for her turn as iconic French singer Édith Piaf in La Vie en Rose—launching her into global fame—had her so genuinely shocked and joyous, the audience couldn’t help but laugh in delight during her emotional speech. “Thank you life, thank you love!” she said tearily. “It is true, there are some angels in this city!”

You didn’t think we wouldn’t include a Meryl Streep speech on here, did you? The iconic actress holds the record for most Academy Award nominations of any actor, earning a total of 21 nods. We’ve opted to include the well-humoured speech from her third Oscar win in 2012. “When they called my name, I could hear half of America going, ‘Oh, come on. Why? Her again?’ But, whatever,” Streep laughed. “Because I really understand I’ll never be up here again, I really want to thank all my colleagues, all my friends. … This is such a great honour, but the thing that counts the most with me is the friendships, and the love and the sheer joy we have shared making movies together.” We, however, wouldn’t count out another win for Streep.

Jennifer Lawrence’s first Oscar win will always be remembered for her tripping on the stairs on her way to the stage, but she handled the the slip like a total pro. “You guys are just standing up because you feel bad for me, and that’s so embarrassing,” she said, only half-joking.

Lupita Nyong’o wowed at her first Oscars in her Cinderella-esque gown, and her acceptance speech was also a standout that night. “It doesn’t escape me for one moment that so much joy in my life is thanks to the pain in someone else’s,” she said, referencing Patsy, the enslaved woman she portrayed in 12 Years a Slave. “When I look down at this golden statue, may it remind me and every little child that no matter where you’re from, your dreams are valid.”

You’ll probably remember the oft-used meme of a single tear rolling down Chris Pine’s cheek after John Legend and Common’s moving performance of their anthem “Glory,” during the 2015 Oscars ceremony. But their speech upon winning—a powerful reflection on history and call to action on injustice—shouldn’t be forgotten. “We wrote this song for a film based on events that were 50 years ago, but we say that Selma is now because the struggle for justice is right now,” Legend said. “When people are marching with our song, we want to tell you we are with you, we see you and we love you. March on.”

We’ll let Patricia Arquette’s empowering message speak for itself: “To every woman who gave birth to every taxpayer and citizen of this nation. We have fought for everybody else’s equal rights. It’s our time to have wage equality once and for all, and equal rights for women in the United States of America.”

We dare you not to get chills when you hear Frances McDormand, accepting her second Academy Award, transition from nervous laughter to “I’m hyperventilating a little bit, so if I fall over pick me up, because I’ve got some things to say.” McDormand’s speech last year was our favourite of the night. It had us frantically googling inclusion riders, and had us overwhelmed when the actress asked every woman nominated to stand in the room alongside her. “Look around, everybody,” she said. “Because we all have stories to tell.”

Read more:
The 2020 Oscar Nominations Are Here
Which 2020 Oscar-Nominated Movies Should You Actually Go See?