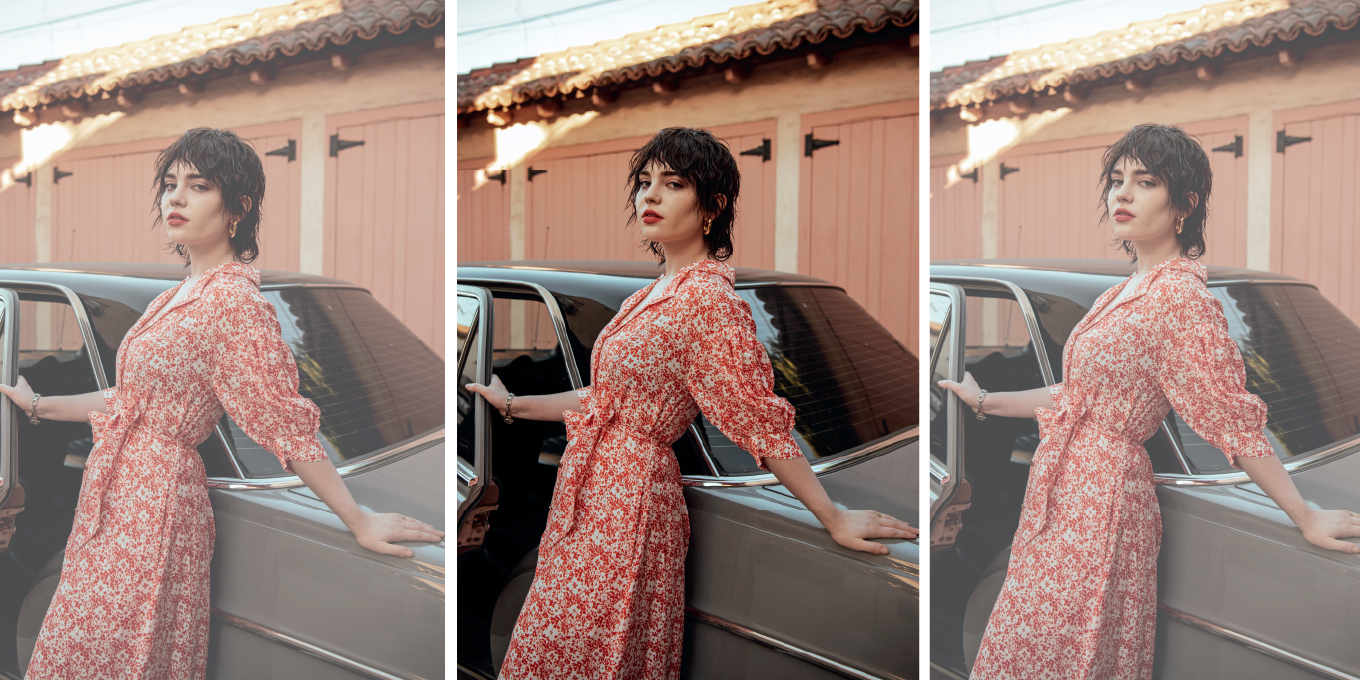 “We were so young!” Sophie Thatcher says with a laugh via video chat, touching her pale face. “We were all such different people!”  It’s been more than two years since the 21-year-old actor filmed the pilot for Yellowjackets, the darkly comic, spectacularly gory Showtime series about a girls’ soccer team braving the Canadian wilderness. And those two years have been formative for both her life and her career.

First, the pandemic reared its head after the pilot was picked up but before production had started on the first season. Suddenly, themes of survival and isolation were a little less abstract, and the cast was forced to bond over Zoom. When they did meet back up in person, it was baptism by fire in British Columbia: two days of shooting the show’s pivotal plane-crash scene, running around screaming and covered in ash. Then, when Yellowjackets premiered last November, it instantly inspired legions of citizen detectives to try to solve its mysteries, from the identity of the masked “antler queen” from the opening credits to the fate of each survivor.

“We’ve got a very smart fan base, but the show kinda thrives on chaos,” says Thatcher, who confesses that going into shooting season two, she knows as little as the audience does and says that she often gets scripts a mere week in advance. So she’s been right there with viewers, checking up on fan theories and feedback online.

For someone who was born in the year 2000, processing newfound fame is less about deciding whether or not to scour social media and more about doing it safely—something she’s still figuring out. “I love the internet—it’s terrible and it’s amazing, but it gives me everything,” she says, recalling her teenage years spent on Tumblr and her recent foray into Reddit. “It all depends on how you navigate it and what you choose to delve into.”

Lurking on the show’s message boards, she was relieved to see mostly nice things being said about her character, Natalie, in both the 1996 and present-day incarnations, the latter of which is played by Juliette Lewis. (Thatcher was actually cast before Lewis. Although they don’t quite resemble each other physically—Thatcher could sooner star in a Grimes biopic—their deep voices and wounded-tough-girl posturing match up perfectly.) At the same time, she reveals, even good feedback can affect actors’ performances. “Someone might say ‘Oh, I love the way she carries herself,’ and the next day I’m going to go to set and, like, not know how to move my body,” she says, trailing off as she mimes awkward movements. “It’s good to stay away from that and be present.”

Thatcher says that getting into character has been relatively easy, that she sees Natalie as a cooler, more confident version of her high-school self. Also, thanks to Tumblr, she was already immersed in now retro ’90s culture through shows like My So-Called Life and Daria as well as deep cuts by Liz Phair and PJ Harvey that would eventually make it onto the Yellowjackets soundtrack. There was one 20th-century skill she needed to acquire on-set: using a cassette player. “I got scared—I had to ask them how. That was a really embarrassing moment.”

Yellowjackets isn’t the only production Thatcher’s connected to that has a cult following. In early 2022, she had a role in Star Wars series The Book of Boba Fett, and then she shot the adaptation of Stephen King’s short story “The Boogeyman” alongside Chris Messina (Sharp Objects, The Mindy Project). While it’s pretty common for actors to worry about being typecast if they do a lot of horror or sci-fi, Thatcher says that Yellowjackets works because, as with King’s fiction, it artfully blends genres and it also takes time to build a strong backstory before getting to the (alleged) cannibalism.

Another concern for the twentysomething actor: what her career will look like in a couple of decades. Yellowjackets may have grabbed headlines for proving that teenage girls can go feral, but it has also been lauded for showcasing fortysomething actors (including former child stars Lewis and Christina Ricci) in juicy, complex roles—a remarkable feat even in a post-Bechdel-test world. “It’s been ingrained in me for so long—like, ‘Oh, I’m going to have to move on to playing the mom’ or ‘Now I have to take on the supporting character,’” says Thatcher. “But I really think shows like this help us let go of that, help us detach ourselves from that limiting headspace. And I’m excited to be a part of that.”

Thatcher may be a part of the show for years to come too. Yellowjackets’ creators revealed that they have a five-season story arc in mind, and, if nothing else, Thatcher knows that her character definitely gets out of the woods alive. In the meantime, she’s still figuring out how to play the long game, online and offline, with help from people who’ve been there. “When I told Chris [Messina] all about my ‘Reddit phase,’ he was like, ‘What? No—are you crazy?’ You have to create a level of separation between yourself and the viewer and realize ‘That’s not me—I’m not playing myself.’ At the end of the day, you only have yourself. That’s all you have to move forward.”

Thatcher is taking his words to heart. She has a rare month off before shooting on Yellowjackets starts again, and she plans to go hiking outside Vancouver, maybe rent a cabin in the woods with her castmates. She’s also going to bring her synth and some art supplies and ignore the theoretical virtual audience that lurks in the back of her mind. “People my age feel such a strong urge to get that validation from social media,” she says. “I want to get rid of the feeling that I have to share everything. I want to go back to making music for myself or a drawing just for me.”

Read more:
Catherine Cohen Is Living Her Most Authentic Life
Maya Fuhr Is in Focus
Zoë Kravitz Lives Life on Her Own Terms