The multi-talented comedian is not afraid to put herself out there. 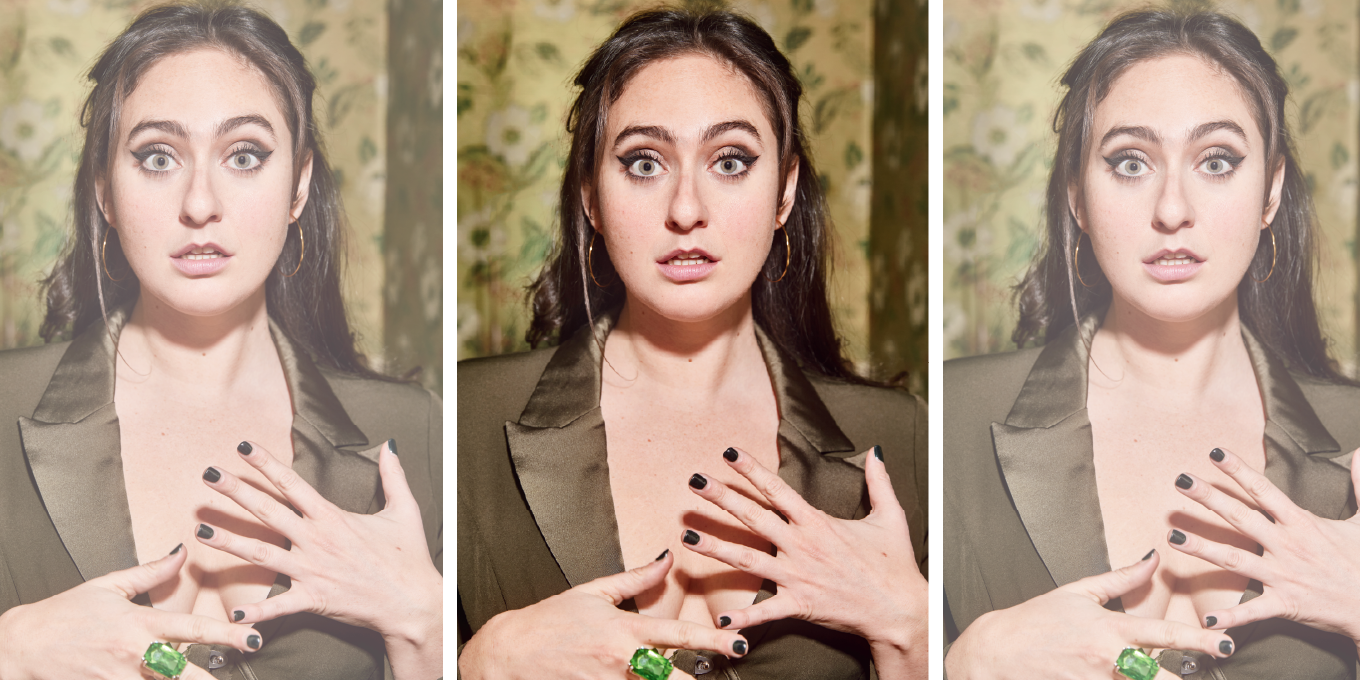 I’m addicted to attention,” says American writer-comedian Catherine Cohen—joking, but not really. “But when [I’m onstage] and see people laughing, I see that we’re not alone. We all go through the same shit—we all have wants, fears and desires. And that’s comforting. I want to make people feel less alone.” That’s exactly what the 30-year-old does with her first Netflix comedy special, Catherine Cohen: The Twist? She’s Gorgeous, which started streaming in March. Known for her no-limits cabaret-esque performance style, Cohen effortlessly commands her audience in a bedazzled fuchsia romper as she relays too-close-to-home jokes and croons hilarious songs about topics ranging from dating as a millennial to body image. The New Yorker—who is also the author of God I Feel Modern Tonight: Poems From a Gal About Town (published in 2021) and an actress known for scene-stealing roles in movies like the Issa Rae romcom The Lovebirds and cult-fave sitcom Search Party—has an onstage presence that’s confident, unabashed, unadulterated and immediately likeable. Cohen doesn’t care what anyone thinks of her—and isn’t that something we could all try to do?

No Sweat: “Filming the special felt like riding a bike. I did a version of this show every night for a month. I’d been working on it for more than five years—it’s in my body. For the whole month leading up [to the taping], I was super anxious. But on the day, I woke up and felt so calm. It was almost creepy. Not to be dramatic, but this is what I was born to do—I really feel that.”

Hello, It’s Me: “There are definitely some jokes and lines in the songs that feel like they belong to an old version of myself. But it’s nice to be able to celebrate that version and recognize that I’ve grown and, I’d like to think, developed a more nuanced world view. This show is a fun experiment in self-obsession and what it’s like to be a woman in the world trying to love yourself without losing your mind. Now, I’m constantly trying to think less about myself.”

Comedy 101: “I feel like the stage is sort of a sacred space. There, I can just say and do whatever I’m feeling in that moment. If the audience connects with it, then we have this beautiful moment, and if not, it’s on to the next.”

Heart Song: “I grew up doing theatre and have always loved to sing. When I moved to New York, I kind of fell into the improv scene and started doing some stand-up, but I really missed singing. I was like, ‘Would it be totally corny and horrific to write a funny song?’ Often it is, but I found ways to write songs that felt true and honest and exciting, and it has evolved from there.”

Knock Knock: “I’m working on new stuff now, and it’s impossible not to acknowledge that the past few years have totally shifted my world view. Like, I don’t fear death anymore, but the girl [you see] in the special is terrified of death and doesn’t believe she’s going to die. Now I’m like, ‘Take me, I dare you.’ I think people are ready to have a good time, laugh and celebrate the fact that we are lucky enough to still be alive. There’s a way to do comedy that can bring people out of their depression, but I’m still trying to figure that out. How can I acknowledge what has happened in a way that moves us forward and looks to the future in a positive way?”

Getting Sparkly: “I’m obsessed with the romper I wear in the special, which my dear friend Kelsey Randall designed. She’s very talented, and she bedazzled the whole thing by hand and custom made it out of gorgeous hot-pink taffeta. I love a romper onstage because I can move around in it but it still feels kind of sexy. I just like clothes that are bright and that make me feel powerful and happy and make me stand out.”

All-Out Style: “I’m all about extravagance. I hate minimalism, and I really like showing off my body and feeling hot. I’ve always admired feathers, silk and velvet. My first fashion inspo was the Spice Girls in those big platforms and minidresses. I feel like when I dress now, I’m letting myself channel eight-year-old me because I have the ability to wear whatever I want wherever I want.”

Dream Big: “I want to write another book—a book of essays. I want to be a movie star. I want to travel around the world. I want to have fun, meet fabulous people and enjoy my life.”