The Canadian photographer chats body positivity and the enduring power of shooting on film. 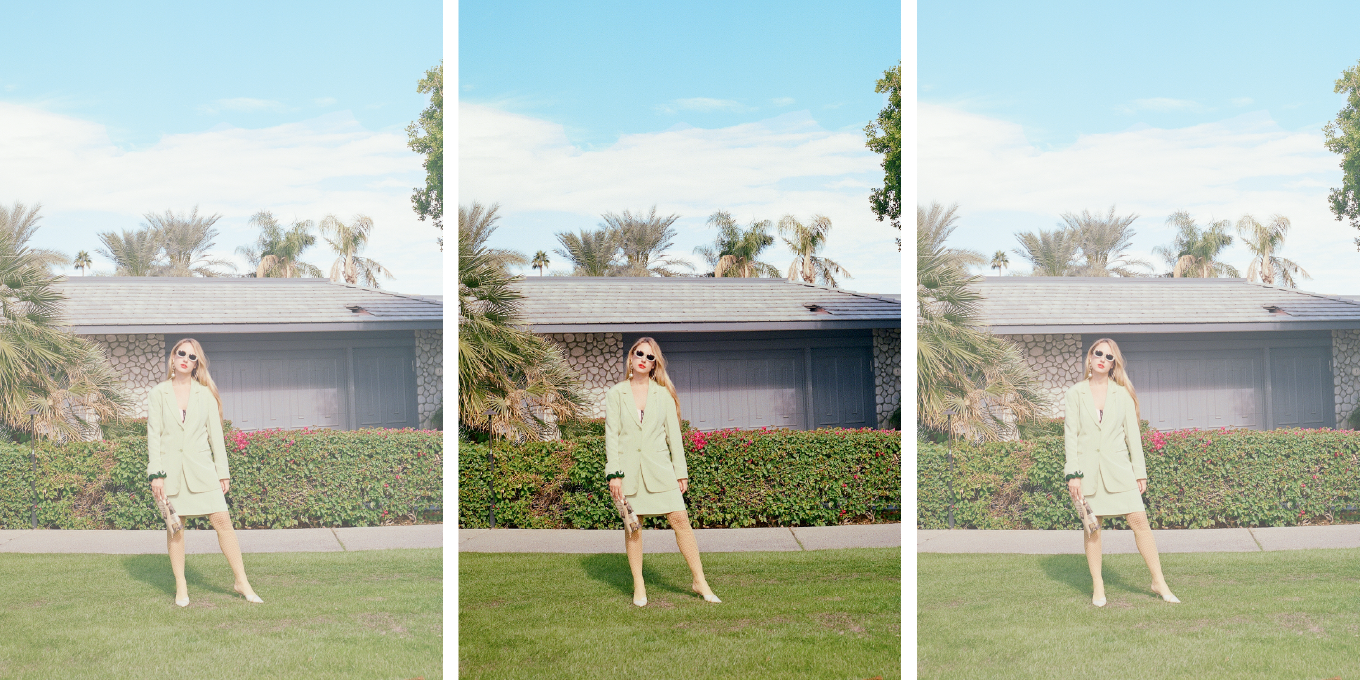 The first thing Maya Fuhr does when she appears on our Zoom chat is hide her self view. “I hate seeing myself,” she says with a laugh. “I’ve been doing Zoom calls for so long now, and I just figured out how to hide my self view—it would have made such a difference had I known this before!” It’s ironic, as Fuhr has made a career out of turning the camera on others, her distinct perspective coveted by brands including Miu Miu, Marc Jacobs, Adidas and Converse and magazines like Nylon, Interview, Vogue Italia and ELLE Canada.

Fuhr shoots exclusively on film and has been using direct-flash photography (a flash technique that illuminates details and saturates colours and is now used for everything from fashion to food) since she started experimenting with the art form in her late teens. “It’s colourful, it’s film, it’s playful, it’s flash photography it’s so hard to describe,” says Fuhr, now 32, of her style. “There’s definitely glamour and fantasy, but it’s unconventional—what you wouldn’t expect. I like showing people in a not necessarily natural, comfortable and authentic way but still [keeping it] fun. It’s cool to have people play [at being] something that maybe they’re not.”

Capturing these atypical moments is something that has made Fuhr appealing to creative directors and magazine editors alike. It has also put her work on the cultural map: She won the 2017 Flash Forward Project Grant from the Magenta Foundation (a Toronto based charitable-arts publishing house that supports the next generation of artists), and she has had several gallery shows of her photography and her art practice, including an outdoor public exhibition of portraits that was on display for Montreal’s Blanc Gallery in 2020. She recently co-founded the Clay.D.D Collective, which is made up of educators and artists who, through L.A.-based workshops, help empower marginalized students with developmental disabilities using the healing qualities of clay, meditation and Adlerian Theory (a holistic approach to psychology). She also has an upcoming TV show (which she can’t talk about yet), a big (top-secret) art exhibition and several magazine covers in the works, and she’ll be teaching an analog-photography class for Domestika (an online learning platform for creatives, similar to MasterClass, that started in Spain) later this spring. 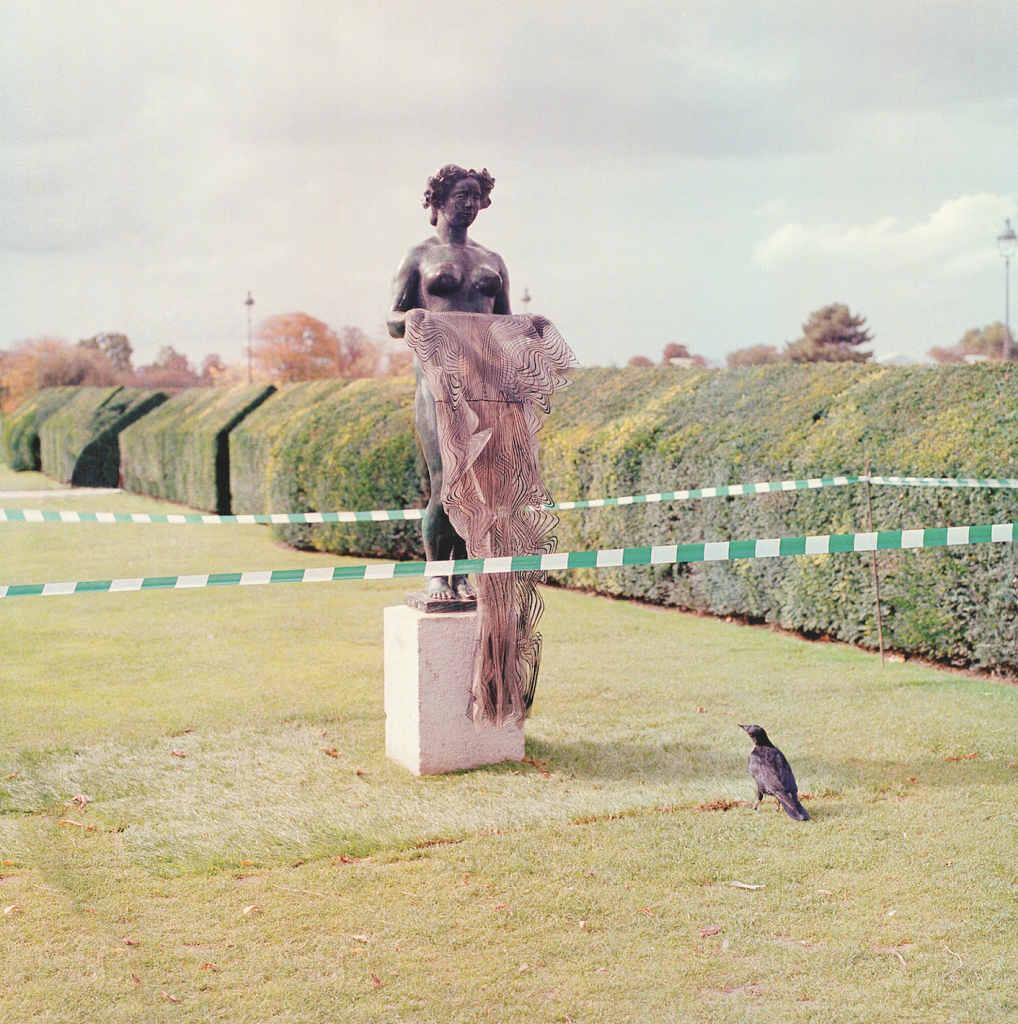 Although Fuhr’s style and skills have evolved, her point of view—a very body-positive and inclusive one—has never wavered, and in many ways it was the fashion industry that had to catch up to her. “When I started [in the industry], that wave [of models] was slowly switching from very high glamour, with models doing their thing with their collarbones,” she says. “Then specific brands started seeing my work and thinking ‘Oh, maybe our audience should be relating to the subjects that are modelling the clothes.’”

A lot of that goes back to the beginning of Fuhr’s career. “I was discovering things about myself and my sexuality, and I’d had an eating disorder in high school, so I was definitely over seeing skinny people by the time I was 18,” she says of being drawn to then “unconventional” beauty standards. “When I was a teenager, looking at fashion magazines impacted me so negatively. I’ve always wanted to make a difference to young people and have them see themselves in my photographs.”

Fuhr grew up in Victoria with very creative, eccentric parents and became interested in photography when she was in high school, using disposable cameras and taking Polaroids. Her father gave her her first real camera—a Pentax K1000 that she still uses to this day—for her birthday shortly before she moved to Montreal to study communications.

“It was really important to me to study cinema because [it helped me] train my eye and [figure out] what kinds of things I’m drawn to,” says Fuhr. “And most of my short films were [made with] a camera on a tripod, not moving, [with] people coming in and out of the picture. I rarely had any dialogue in them, and eventually I thought, ‘Maybe I’m more of a photographer.’”

Her college days were spent experimenting with her new Pentax, going to get the film developed and obsessing over the images while on breaks between classes. Later, she moved to Toronto in search of photography work and started landing bigger fashion campaigns for brands like Topshop and John & Jenn. “When I got the Magenta Foundation [grant], that was a big moment,” says Fuhr. “I realized that I was getting paid for being an artist.” 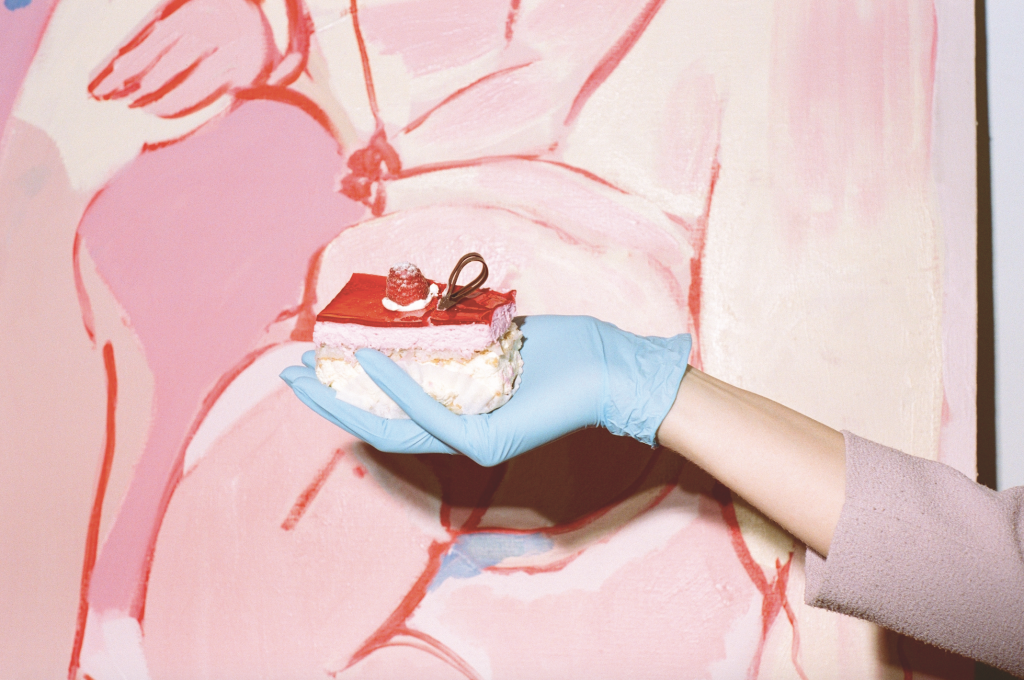 These days, Fuhr is based in Los Angeles and is busier than ever. It was during the first year of the pandemic that she and her partner decided to pack up their lives in Toronto and drive to California. “This is like heaven,” says Fuhr of the city. “I like the celebrities, I like the sun, I definitely like the nature and [there are] new opportunities.”

It’s also the ideal base for living out one of her dreams: shooting celebrities. “[Photographing] Angelyne was probably my ‘wow’ moment because she was the person who represented the fantasy of L.A.,” says Fuhr of shooting the famously over-the-top bleached blond singer, actress, media personality and model. “I was always like, ‘I’ll know I’ve made it when I shoot Angelyne with her pink Corvette,’ and I did that about three months into living here.”

But in spite of her undeniable talent behind the lens, Fuhr believes that one of the main reasons she’s able to get the shots she gets is that she’s never star-struck—with one exception. “John Waters was different,” she says of photographing the cult filmmaker, which was a result of a chance encounter at a book signing he did in Montreal. “I was shaking when I took that portrait. And I actually flashed him by accident—which was very John Waters. I was wearing this leopard-print onesie, and I tripped on the stairs as I was going to talk to him and my strap broke.”

Because Fuhr works only with film, a medium that is having a resurgence (“Now when I go to places to get my film developed, there are lineups of, like, 20 young people”), she has to wait to see how her shots will turn out. Fuhr says the feeling of getting her images back is something she’s addicted to and that she has always prioritized developing film over other expenses. “Right now, I have eight rolls of film and I’m dying to go drop them off,” she says with a laugh. 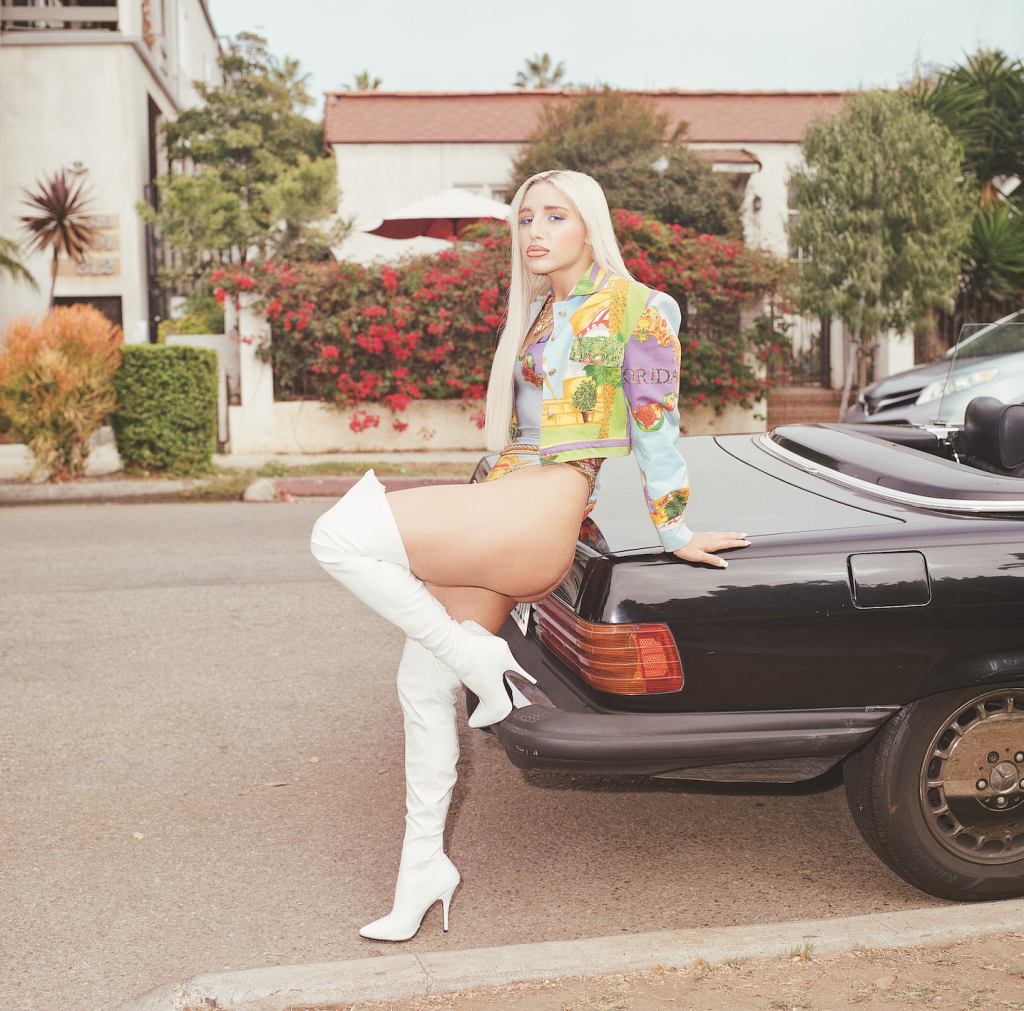 So, without the instant gratification of digital photography, how does Fuhr know when she gets “the shot”? “When I am getting my best shots—which I know are going to be some of my favourites it’s like a body sensation,” she explains. “I get really rushed, like, ‘Oh, my God, I have to capture this,’ and the world stands still. That’s  when I know the shot is there.”

Read more:
Dan Climan Is Finding Stillness
Zoë Kravitz Lives Life on Her Own Terms
Anna Chlumsky Is Asking All the Questions