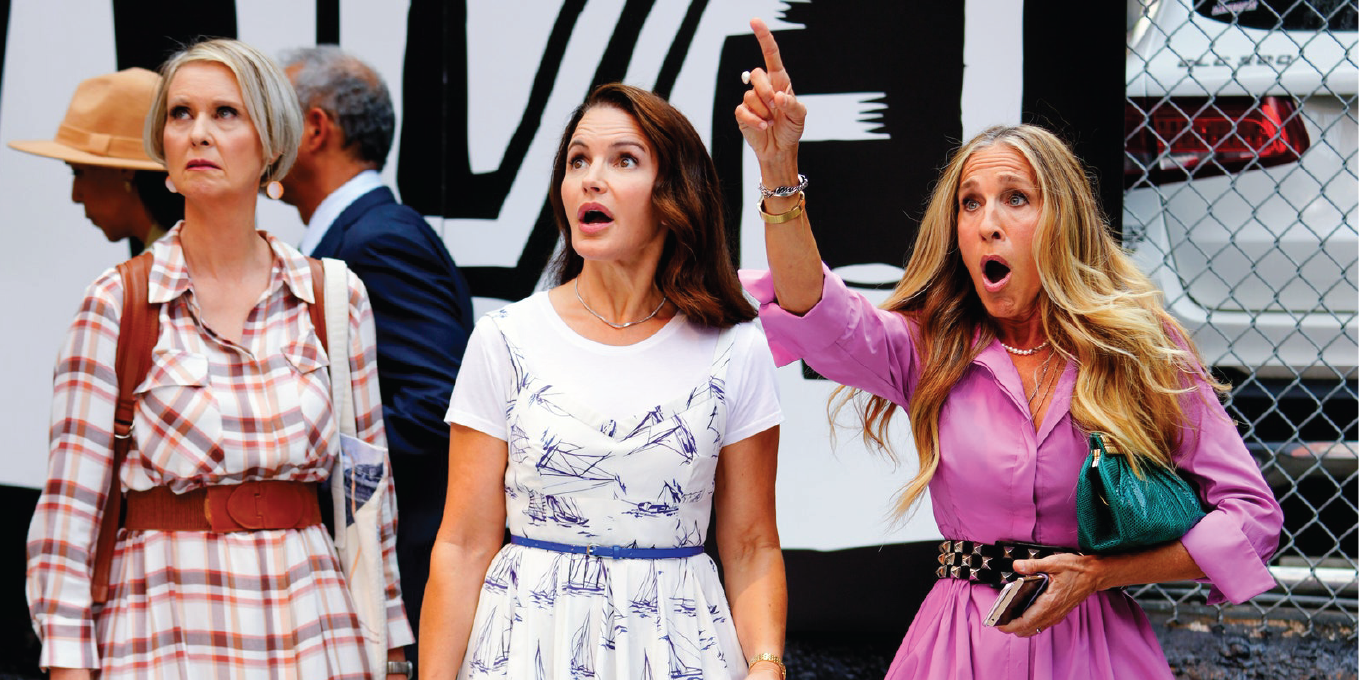 The Sex and the City reboot series And Just Like That… has been quite an experience for fans and haters alike. The show seems to offer something to both groups, reuniting viewers with their favourite characters (just Carrie, Miranda, and Charlotte, that is) while introducing new faces and a number of controversial storylines. While the original SATC paired the gals off with the men of their dreams, this new iteration has blown that up, killing off Mr. Big and having Miranda Hobbes cheat on her husband, Steve Brady—with buzzed-about newcomer Che Diaz—and then leave him. (Charlotte and Harry seem to be going strong, though.)

Controversy surrounded the series off-screen, too. Actress Kim Cattrall notoriously declined to participate in the series and her character Samantha Jones has been banished to London. Scenes featuring Mr. Big actor Chris Noth were removed when allegations of sexual misconduct were made against him by a number of different women. (Noth has denied all the accusations. Still, the series’ three leading women denounced his alleged behaviour in a joint statement.)

Nevertheless, And Just Like That… will continue on with a second season, HBO Max announced in March 2022. Despite the chatter and discourse surrounding the spin-off, it still broke streaming records, so it only made sense for the platform to keep the hit series going. “There feels like there’s momentum,” Sarah Jessica Parker, star and executive producer, said of the show’s success. As we await AJLT‘s next chapter, we’re gathering what we know so far.

When will And Just Like That… season 2 come out?

Showrunner Michael Patrick King told Variety that production begins in October 2022 with the goal of releasing season 2 on HBO Max in summer 2023. Fingers crossed we don’t run into any delays.

Who will be in the cast?

Parker, Cynthia Nixon, and Kristin Davis will reprise their roles as Carrie, Miranda, and Charlotte. (They’re all also executive producers.) Kim Cattrall, however, is still not a part of the series.

Sara Ramirez will also return as the one and only Che Diaz. They confirmed the news with a shot of the season 2 script on Instagram. King promises to explore more of Che’s story in the second season. “One of my burning passions about Season 2 is Che,” he told Variety. “I want to show the dimension of Che that people didn’t see, for whatever reason — because they were blinded, out of fear or terror. I want to show more of Che rather than less of Che. Like, really.”

In exciting news, John Corbett will reportedly join the cast to reprise his beloved role as Aidan, one of Carrie’s love interests from the original series. He’s “set for a substantial, multi-episode arc,” Deadline reported in August 2022. HBO Max has not yet responded to the report.

Nicole Ari Parker, who was introduced in season 1 as Charlotte’s friend Lisa Todd Wexley, also hinted that she’d return when she teased to Us Weekly when season 2 would begin production.

Abso-fucking-lutely. Parker and other cast members first shared a glimpse of the season 2 script on Sept. 21.

On Oct. 5, Parker and Davis were photographed filming in NYC. Dressed as Carrie, Parker wore a Converted Closet jumpsuit, vintage Dior heels, and a JW Anderson pigeon clutch. According to a behind-the-scenes shot she shared on Instagram, she also wore a Fendi ankle bag under her pant hem. Meanwhile, Charlotte looks prim in a pussy bow blouse, pencil skirt, and heels. 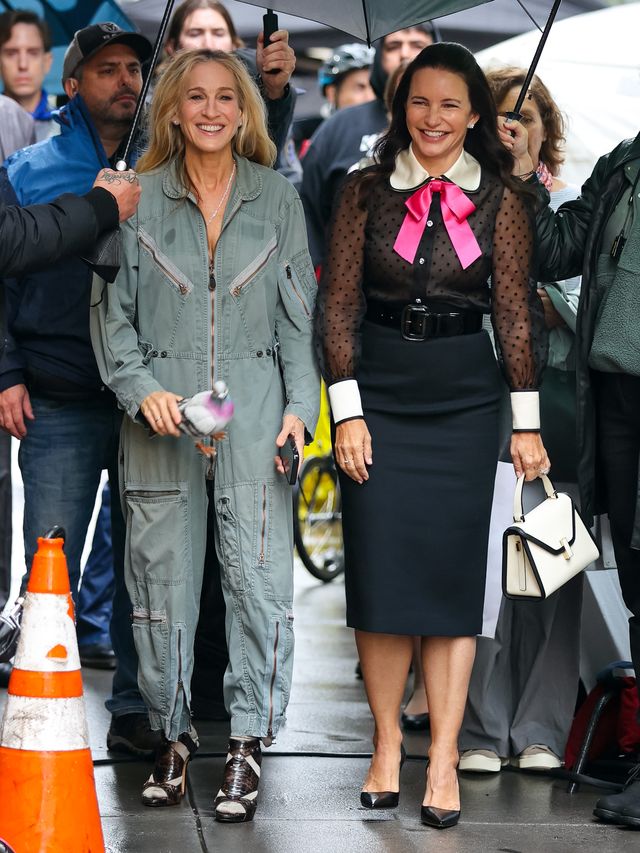 What could season 2 be about?

Not many details are out yet, but King is eager to expand Carrie, Miranda, and Charlotte’s stories. “I am delighted and excited to tell more stories about these vibrant, bold characters—played by these powerful, amazing actors. The fact is, we’re all thrilled. And Just like That…, our Sex life is back,” he said in a statement to Deadline.

SJP also hinted: “Season 2 is about resilience and rebound and laughter, and finding laughter more easily for people who might have experienced grief. More of our new cast members who we love.”

Of course, there’s plenty to explore after the season 1 finale: Carrie starts dating again and moves on from Mr. Big, scattering his ashes at the Pont des Arts; Miranda relocates to the West Coast to be with Che; and Charlotte learns a lesson about letting go of labels thanks to her child, Rock, who skipped out on their “they-mitzvah.”

Actress Sarita Choudhury, who plays Carrie Bradshaw’s new real estate-selling friend, said in an interview that she has been thinking about a season 2 as well. Choudhury told Entertainment Tonight about her hopes for the next chapter: “I was thinking, you know when you bring in new characters and you just start establishing and everyone’s getting used to all of us having grown up, Carrie’s grown up. I feel like the second [season] would be able to just jump into who they really are as opposed to getting the audience used to seeing what they’re seeing.”

Is there any chance of Samantha’s return?

Cattrall has been adamant that she won’t be a part of And Just Like That…, telling Variety, “That’s a no. It’s powerful to say no.”

HBO and HBO Max CEO Casey Bloys also previously addressed whether Cattrall would appear in the second season. “I don’t think [she’d return],” he told Deadline in February 2022. “I think they handled it really sensitively and really well. I don’t expect to have those conversations.”

While Cattrall won’t appear on screen as Samantha, the beloved character will still play a part in the story. (The first season featured Carrie texting with Samantha after they had a falling out and meeting her for drinks offscreen.) Asked whether Carrie and Samantha will continue to text in season 2, King responded, “Yes!” per Variety.

This story will be updated.

This story was originally published on ELLE US.

Read more:
Hyped for And Just Like That? Here’s When to Tune In Each Week
About That Sex and the City Reboot: Everything We Know About And Just Like That
You Can Stay in Carrie Bradshaw’s New York City Apartment for $23 a Night