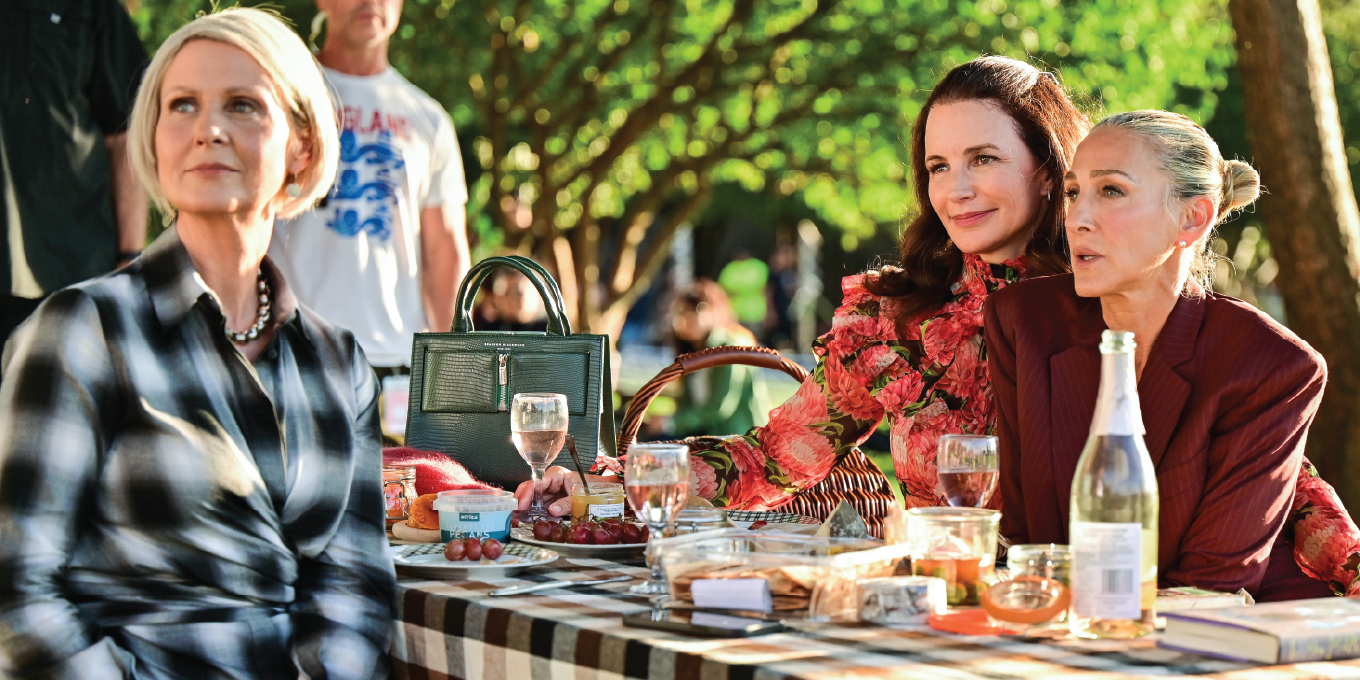 If you’ve been counting down the hours before Carrie Bradshaw reappears on your TV screen in all her tutu-ed glory, take a deep breath, make yourself a cosmopolitan, and slip off those pumps. The time has come. And Just Like That, the HBO Max Sex and the City revival, will arrive fashionably late at midnight PT on December 9. Set in a modern-day Manhattan, the series follows leading ladies Carrie, Miranda and Charlotte (no Samantha this time) as they navigate their 50s.

“You know, who are they in this world now?” Sarah Jessica Parker, who plays Carrie, told Vanity Fair at the beginning of 2021. “Have they adapted? What part have they played? Where have they fallen short as women, as friends, and how are they finding their way? Did they move with momentum? Are they like some people who are confused, threatened, nervous [by what’s happening in the world]? I’m so curious and excited to see how the writers imagine these women today.”

While HBO Max is keeping a tight grip on any specific plot details—there are even rumors of fake scenes planted to throw fans off the scent—we can expect one thing from the ten-episode, half-hour series: Extravagant (and, arguably, unusual) fashion. Here’s when to tune in each week.

To stream in Canada, you’ll need a Crave subscription (which includes HBO Max), available ad-free for $19.99 a month.

Read more:
You Can Stay in Carrie Bradshaw’s New York City Apartment for $23 a Night
About That Sex and the City Reboot: Everything We Know About And Just Like That
Carrie Bradshaw’s 20 Most Iconic Looks