Airbnb teamed up with Warner Bros. to recreate the Sex and the City star's iconic home. 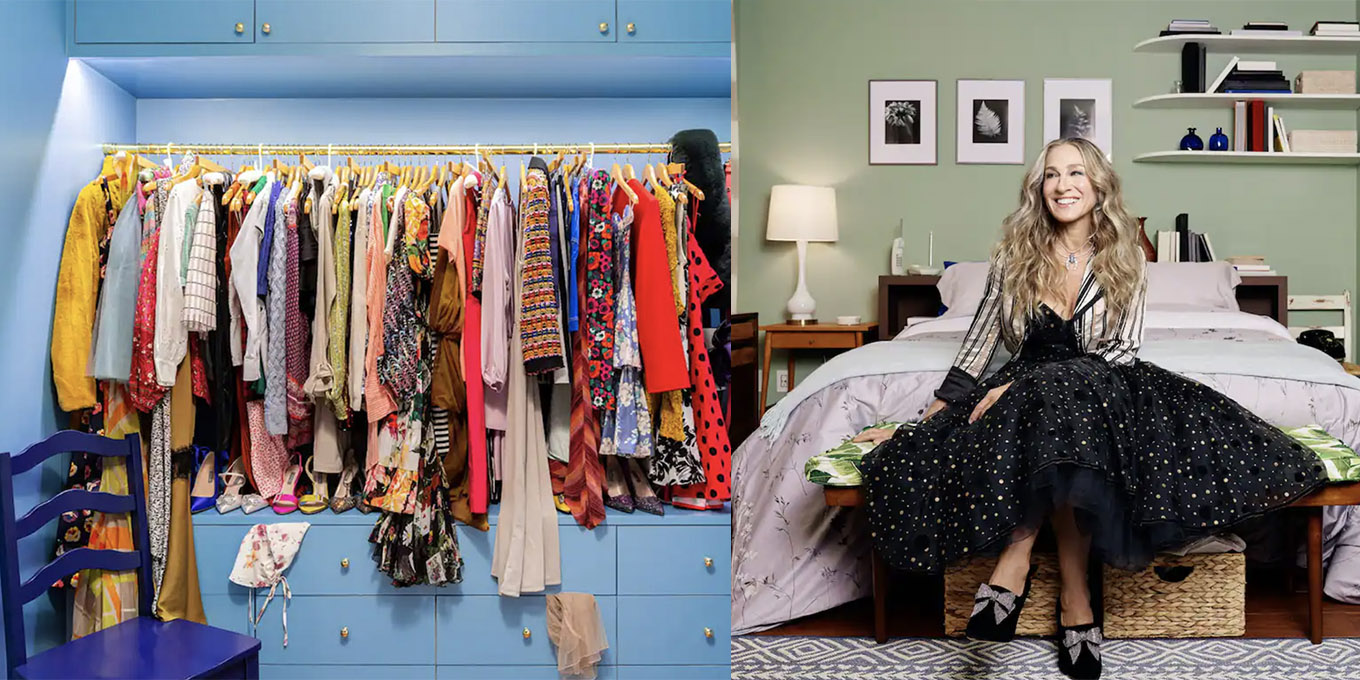 In Manhattan, it’s practically a rite of passage to visit an apartment owned—in the television universe, at least—by a fictional character. There’s Rachel and Monica’s apartment from Friends, the Waldorf penthouse from Gossip Girl, the Seinfeld abode, Ted’s man cave from How I Met Your Mother, and Marnie’s Chinatown studio from Girls. But perhaps no fictional apartment was as beloved—or as enviously unrealistic—as the one belonging to Sex and the City‘s freelance sex columnist, Carrie Bradshaw.

A practically perfect symbol of its era, the one-bedroom, rent-controlled Upper East Side brownstone cost $750 a month and included a walk-in closet the likes of which is and was unfathomable to most Manhattanites. The square footage wasn’t the pinnacle of penthouse luxury, no, but it still cemented Carrie as a pedigreed socialite, someone at the beguiling intersection of thrifty and fashionable. Everything from her shelves of vintage magazines to her tastefully matted art prints said something about her cooky-yet-chic viewpoint. It was easy to get swept into her world.

So it’s not exactly surprising that, in the run-up to the HBO Max revival of Sex and the City, titled And Just Like That…, a certain nostalgia for old interiors has reared its head. To celebrate the occasion, Airbnb teamed up with Warner Bros. Consumer Products to re-create Carrie’s apartment, albeit at a different location within the upscale Chelsea neighbourhood. Rest assured, despite the new address, the apartment still features many of the Easter eggs that made Carrie’s place Carrie’s, including her palm-leaf-print bench, a replica of the exact bedspread used in the original show, her mid-century modern credenza, and—perhaps best of all—her walk-in closet, stuffed to the brim with accessories. 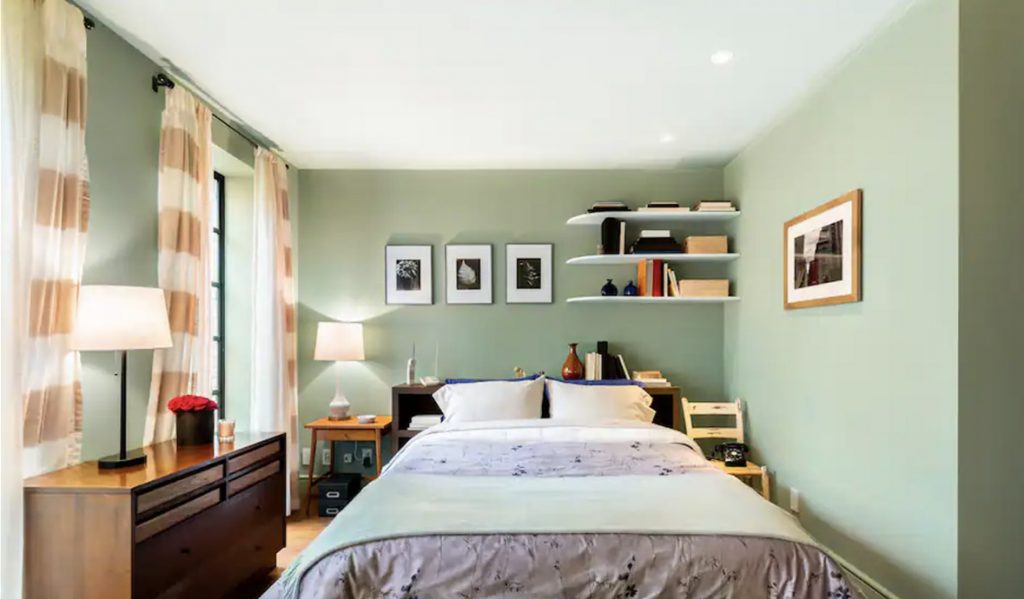 Starting Monday, November 8, at noon EST, guests can click to be the first to book one of two one-night stays—one on November 12 and the other on November 13—available for $23 USD a night, honouring the 23 years since Carrie was first introduced to fans. (All proceeds will benefit The Studio Museum in Harlem.) You can split the already startlingly low bill with one other guest, and you both will enjoy a virtual check-in provided by Carrie herself, actress Sarah Jessica Parker.

The two-floor apartment includes a downstairs living room and kitchen, while the upstairs is Carrie’s domain: There’s a bathroom with walk-in shower and tub, a reading nook featuring Aidan’s instantly recognizable leather chair, and a terrace overlooking the park. If you’re looking for extra authenticity, upon further exploration you’ll find a bar kit for making Carrie’s favorite Cosmopolitans, a working replica of the columnist’s ’90s-era Apple laptop, a collection of vintage Vogues, a cordless phone (and answering machine), and Carrie’s nameplate necklace resting in a marble bowl. 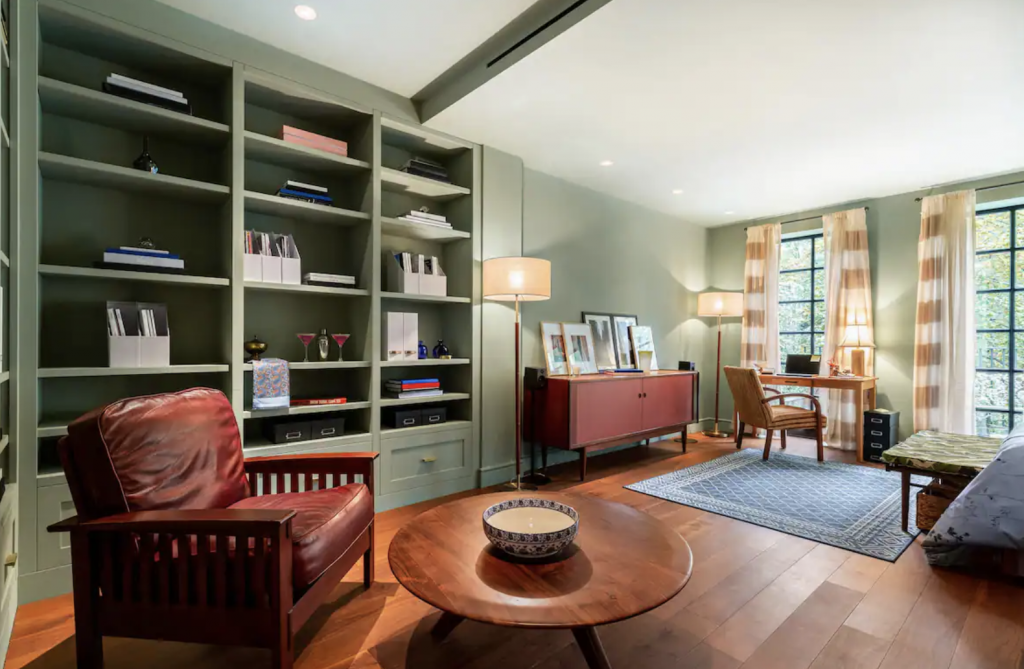 Of course, part of the allure of visiting a character’s apartment—beyond seeing how the other half lives—is actually pretending to live it. As such, guests will have full access to Carrie’s closet, including jewelry, accessories, hats, coats, dresses, skirts, and pumps. Fans will recognize a number of relics, including that Patricia Field tutu, the Eiffel Tower bag, and a handful of shoes provided by Parker’s own brand. Once guests are sufficiently dolled up, they’ll enjoy brunch in Chelsea and an all-expenses-paid fashion photoshoot.

“The Carrie Bradshaw character is near and dear to my heart, and revisiting her world for the continuation of the Sex and the City story has been such a joy,” Parker said in a press release. “I’m excited for our audience to experience Carrie’s New York like never before and walk in her shoes, quite literally, for the first time.” 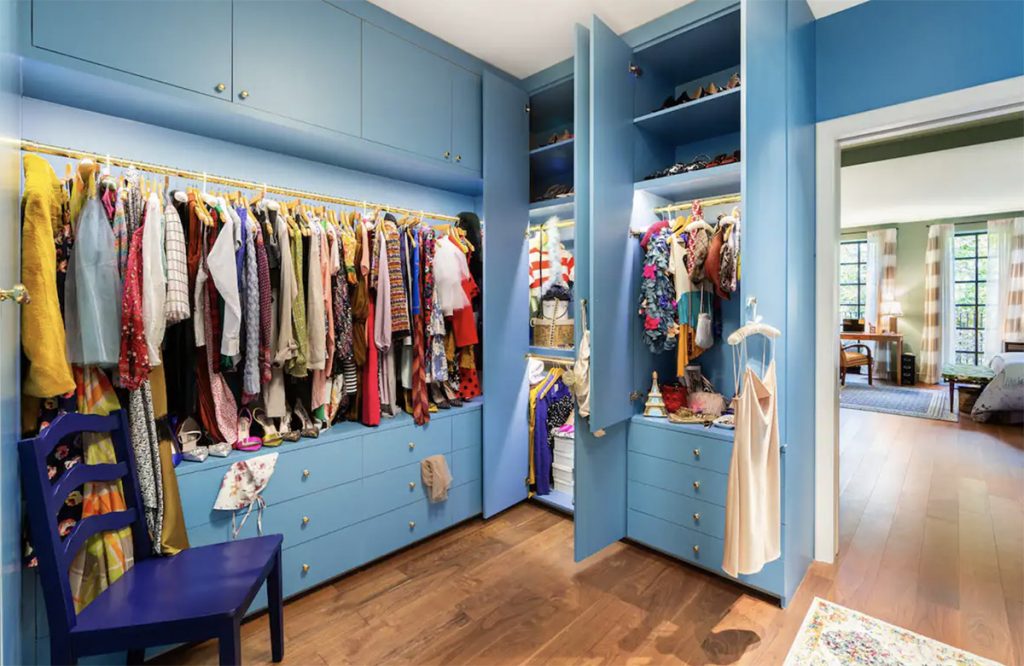 There’s no contest required to win a stay; all you need is lightning-quick reflexes and a sincere love of mid-aughts television. Once you arrive, soak in every moment. As Carrie would say, “Beauty is fleeting, but a rent-controlled apartment overlooking the park is forever.” 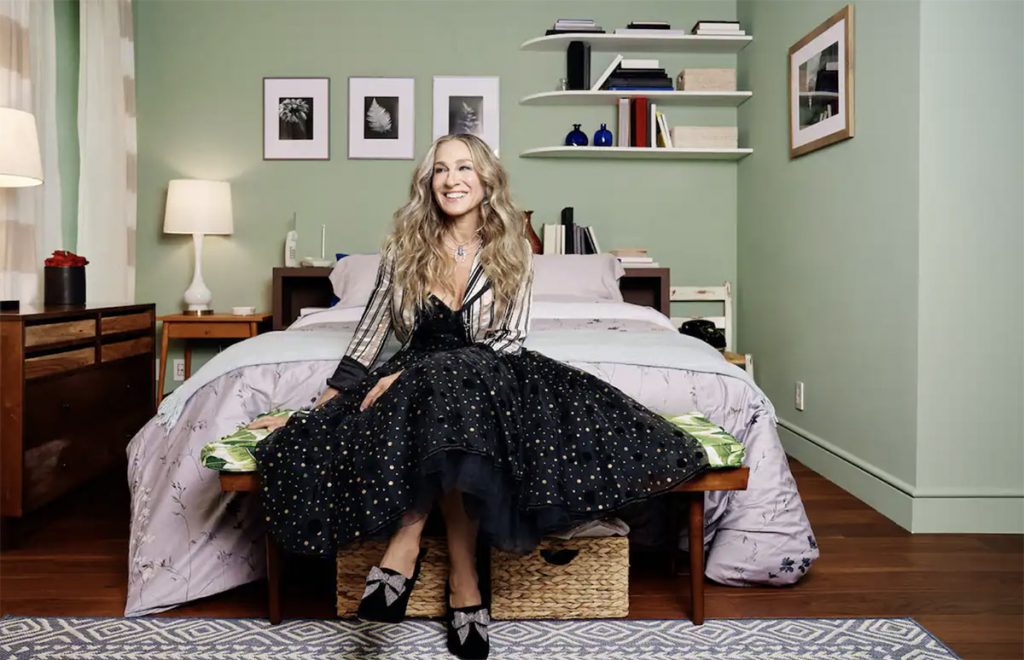