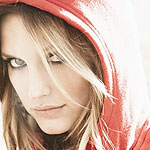 After teasing us with not one, but two EPs, Tokyo Police Club has finally gotten their act together and are about to release their debut LP Elephant Shell. The question that everyone is asking is: can they live up to the hype created by their first two delightfully rockin’ and frustratingly short releases? Well listen up everyone because the answer is — yes. Elephant Shell is more than just a solid debut LP — it’s outstanding. This young band from Newmarket has managed to make an album that’s original, edgy and energetic, all in a tight 11-track package. It’s a good thing too, as many critics (myself included) were ready to pounce on TPC if they delivered anything less than amazing. Another question everyone is asking (OK maybe it’s just me) is: how much can a band mature in one year? The answer — a lot. This album proves that the boys in Tokyo Police Club have been pushing themselves artistically and have developed their sound into something bigger and better than their first two EPs. My favourite tracks? “Juno” (great song, great movie), “Your English is Good” (a grammatically awesome tune) and “Tessellate” (songs with clapping are second only to songs with whistle solos in my book). If you’ve had your head buried in the sand for the last year and have never heard of Tokyo Police Club, just imagine if the Fratelli’s and James had an illegitimate love child that was raised in Newmarket, Ontario. Elephant Shell is the kind of album that you can listen to from front to back, again and again. This may be premature, but I’m calling it the cottage album of ’08 (for further proof just check out the nostalgic video for “Your English is Good”).

I was actually ready to dislike this album, simply because Ashlee Simpson hasn’t really done anything to make me like her, until now. Somebody, somewhere has finally figured out how to work the marionette strings because Bittersweet World doesn’t stink nearly as bad as her first and second albums. Whether it’s her Dad, maturity, or the nose job that’s helped Simpson’s sound, it’s evident that things have certainly improved. Her latest album incorporates a bluesy, more soulful pop sound that that really works for me.

Hit-maker Timbaland produced the best on track on the album “Outta my Head (Ay ya ya)” (no big surprise) and things kind of remain un-offensive and catchy for the next 10 songs. Title track “Bittersweet World” is also definitely worth a listen. With this song, it seems as though the Simpson camp is looking to cash in on the “female soul rock” (Winehouse, Adele, Duffy) trend, and in my mind getting Ashlee in on that sweet action is a great idea. The lyrics are simple pop lyrics about boys, breaking up and rebelling but this album shows some new potential due to Simpson’s production team. I’m hesitant to shower Simpson herself with accolades because I don’t trust that her voice will ever be as good on stage as it is on CD. I will say this, she does look better on this album. The new, more mature makeover (a la Avril Lavigne) is definitely working for her.
Ashlee Simpson’s Bittersweet World isn’t amazing but it proves that she’s learning something (or at least the puppeteers are).

More on the next page!

You would have to be around 27 or older to remember Robyn’s first kick at the can as an international pop star. She started out on the music roller coaster at the ripe, young age of 16 and has been making music ever since. Born Robin Miriam Carlsson and raised in Sweden, Robyn’s first US breakthrough came in 1997 with the singles “Show me Love” and “Do You Know What it Takes”. Unfortunately that’s pretty much where her North American success also ended. Although she continued to have success in the UK and Sweden, Robyn hasn’t had any more albums drop on this side of the pond, until now. In my opinion it was well worth the wait. In classic Alanis Morrisette form, Robyn first appeared as a young bubble gum pop star and resurfaced as a multi-faceted musician combining electro-pop, rock and quality song writing. The result is the album Robyn, a triumphant return to the North American music market. Maybe you’ve already heard “With Every Heartbeat” or her cover of Teddybears’ “Cobrastyle”, both excellent examples of the new sound Robyn has embraced. Unlike many of today’s pop stars, Robyn actually has an amazing voice and mixed with her creativity, talent and work ethic she is showing the world how great quality pop music can be.

It’s kind of hard to compare her to anyone (I dare not say Madonna, even though I kind of want to) or even to categorize her music, as she goes from electro-pop to rock to R&B to simple ballads with only a piano (check out “Eclipse”). The point is, Robyn by Robyn is a fantastic North American comeback and pop darlings across the continent should stand up and take notice. Move over Mats Sundin, a new pretty Swede has stolen my heart.

I recently stumbled upon The Seedy Seeds, a band out of Cincinnati. Check out their MySpace page and let me know what you think! E-mail me at [email protected].