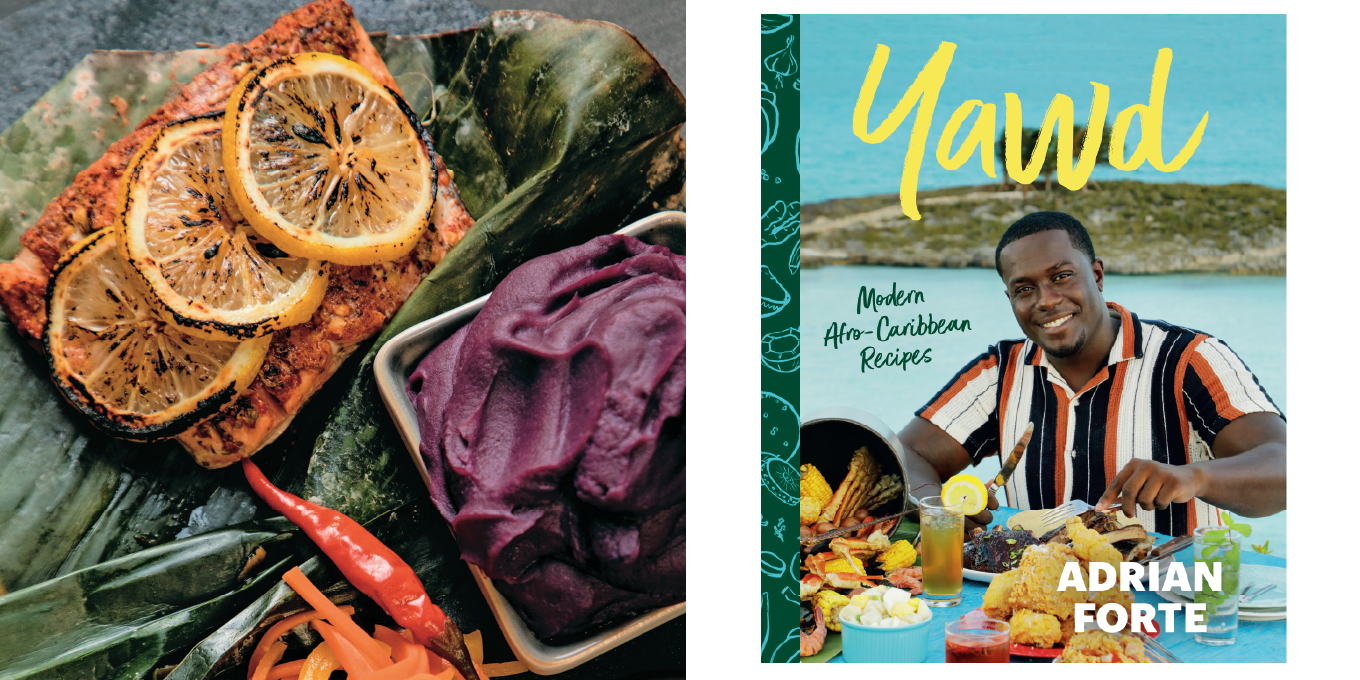 “Food played a huge role in my childhood,” says Canadian chef Adrian Forte, who grew up in Kingston, Jamaica. But when he got older, moved to Toronto and began cooking professionally—relying heavily on his recent training in French cuisine—he turned his back on the soul-enriching flavours and meals he’d enjoyed as a child in the Caribbean. In fact, his culinary identity only really took shape on Top Chef Canada (season eight). “I like to think of [the show] as my culinary bar mitzvah,” he says. Week after week, as the semifinalist served up dishes reflective of his multi-layered identity, his social media was flooded with DMs from other up-and-coming multi-ethnic chefs ready to follow his lead. On the subject of his newly released book, Yawd: Modern Afro-Caribbean Recipes, Forte says, “I got inspired by inspiring other people.”

In his first cookbook, the culinary consultant (who’s behind Dirty Bird Chicken & Waffles, AF1 Caribbean Canteen and Aunty Lucy’s Burgers in Toronto) celebrates the delicious possibilities of modern Afro-Caribbean cooking with more than 100 recipes for meals—from riffs on classics like spiced banana leaf fish and okra pilaf to innovations like his famous jerk-marinated coq au vin—that stick to your ribs. Forte takes the reader on a powerful journey through the history of the cuisine, covering things like the genesis of ackee and salt fish and how  jerk spice played a part in freeing the nation from enslavement. “Food is an easy way to give people [knowledge] without force feeding it to them,” he explains. “If you consume someone’s food, you consume their culture—and you become more understanding of their struggle.”

We spoke with Forte about growing up in a big multi-generational household, his favourite cookbook recipe and what the future holds for him.

“My grandmother had seven kids, so I had a lot of cousins, uncles and aunts. It was super competitive in the house because everyone thought they were the best cook. Every night, someone else would cook. I gravitated toward cooking a lot [as a child]—I’d be in the kitchen peeling garlic, washing rice, seasoning meat. I’d see my grandmother take these humble ingredients and make them into something amazing. I was so captivated—it was like magic.”

“My favourite recipe is always gonna be the oxtail and cassava gnocchi—I’ve knocked people’s socks off with that dish. It’s a labour of love—it stews all day, [developing] beautiful flavours. Cassava gnocchi has a different texture from regular [potato] gnocchi and [a sweet and nutty] flavour. It’s more starchy, so it soaks up all that jus.”

“I started a new chef agency in Turks and Caicos. We’re securing a space for a 33-level multi-complex; it’s going to have a casino on the first floor, a French-Caribbean restaurant on the second and a nightclub on the third. It’s a massive project, and I’m super excited. I’m also working on a [Caribbean-sandwich] food truck in Miami called Buckets, [which will serve] the late-night scene.” 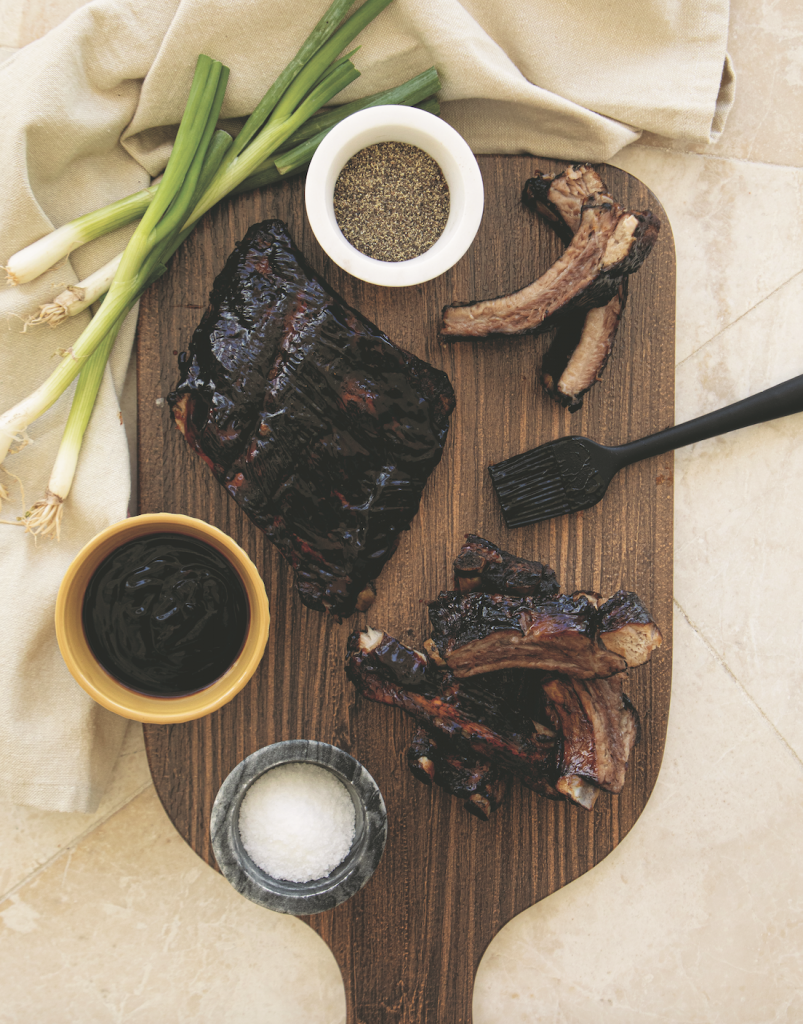 “When you go in, they’re like, ‘What do you want?’ They’re straight to the point; [it makes me] feel like I’m home in Jamaica. They’re a staple in Toronto—an institution. These guys make cow foot and stewed peas—things [you don’t] see on an average Jamaican restaurant menu because they’re super, super Jamaican. The oxtail is phenomenal!”

“They’re paying homage to Rasta pasta, which was invented by accident by a chef in Jamaica. I love the whole concept; it’s trail-blazing. They have great paninis and serve amazing Jamaican breakfast on the weekend. When I discovered this spot, it was perfect—I [could] get my ackee-and-salt-fish fix. They make porridge [and] all the classics on the weekend.”

“The jerk chicken, man—they do jerk chicken right! They actually have pimento wood—they’re not buying hickory or anything else. When you eat that chicken, you want to bite the bone because you want that smoky pimento flavour. And they [serve until] three o’clock in the morning, just like in Jamaica.”

Read more:
Suzanne Barr’s New Memoir Proves She’s More Than Just a Chef
The 5 Best New Restaurants to Check Out in Toronto
The 5 Most Instagrammable Cafés in Toronto