In Padma we trust. 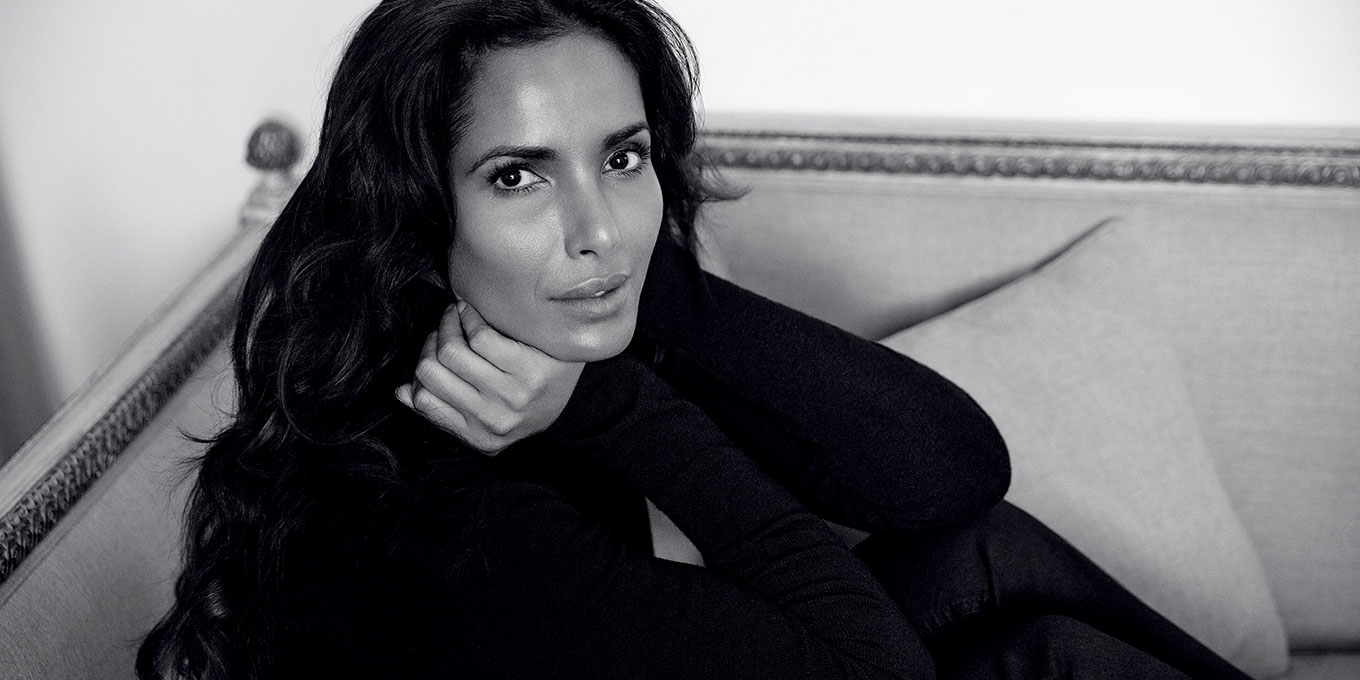 With great power comes great responsibility. Okay, that line is actually from Spider-Man, but the sentiment rings true for the witty, straight­-talking voice we’ve come to know and expect from food expert Padma Lakshmi. “If you look at my work, it’s all about uncovering rather than hiding,” she says over Zoom. For years, Lakshmi’s career—which has spanned several continents—has done just that. Whether she’s talking about abortion rights, anti­racism, immigration or endometriosis, you can’t help but feel that the Indian­-American New Yorker has your back.

So when two­-time Pulitzer Prize­winning writer Gene Weingarten of The Washington Post recently described Indian food as “the only ethnic cuisine in the world insanely based entirely on one spice,” Lakshmi—who literally wrote The Encyclopedia of Spices & Herbs—answered the call. “On behalf of 1.3 billion people, kindly f**k off,” she tweeted, before penning a follow­-up op­-ed in the same publication. “It just was so idiotic,” she says. “The whole thing was so stupid, I couldn’t not react.”

Now, the Emmy-­nominated host of Top Chef and (most recently) Taste the Nation, model, activist, New York Times Best Seller author, co-­founder of the Endometriosis Foundation of America and United Nations Goodwill Ambassador has added children’s ­book author to her resumé. Tomatoes for Neela is based on a story she used to tell her daughter, Krishna (now 11), and Lakshmi hopes it will spark a love for and curiosity about food and cooking—and the diversity of that world— early on. “It’s to give a different set of characters for once,” she says. “I wanted to tip the scale a little bit to even it out.”

A few days ahead of her recent book launch, we spoke to Lakshmi about identity, cringey moments, that “one spice” incident and her hopes for a more equitable restaurant industry.

“I strive to be good at my job to pave the way for other female members of the media—regardless of their ethnicity—to do what they want.”

On being a woman of colour in the media

“I’ve [been] in a different lane because what I do for a living on Top Chef—or [what I did] before on Planet Food or Padma’s Passport—doesn’t have anything to do with my ethnicity. I strive to be good at my job to pave the way for other female members of the media— regardless of their ethnicity—to do what they want. I don’t feel like I’m an ambassador for anybody except women in general.”

On Tomatoes for Neela

“The book is about teaching your children about fruits and vegetables: when they’re in season, who brings them to us, respecting everyone in that food chain and respecting the food that your family makes together. It’s also to [show] an inter-generational story because I really believe that everybody in a family has something to contribute to the education of a child—and that the child is richer for it.”

“There are lots of things [about Indian people] that I’ve read or seen in films that have made me cringe. Indiana Jones [and the Temple of Doom], for one—and I love Spielberg, so I feel torn about it—but that scene where they’re eating snakes that they cut open and other snakes come out of this one big…I guess it’s a python. The thing is, we know that many Indians are vegetarian! So the idea of eating live snakes? I understand it makes for a scary, fun adventure movie, but it’s just ridiculous.”

On diversity in publishing

“First of all, you get better literature and you get a plethora of experiences and stories from different points of view. It’s enriching for the marketplace and it’s enriching for readers, but it also inspires empathy. I cringe at the title of my first cookbook, Easy Exotic. But I think even back then, 20 years ago, I was trying to do the same thing I’m doing now, which is [to] say that none of this is ‘other’—none of this is weird or strange. All of it is important.”

On the “one spice” incident

“It was just so astonishing in its idiocy, and it wasn’t funny. And the best comedy has truth to it, right? But this was neither true nor funny, so I didn’t understand its reason for existing in the pages of a venerable publication like The Washington Post. Somebody in my office put it under my nose and said, ‘Do you believe this shit?’ And I was like, ‘Yeah, sadly, I do believe it.’ But it’s hard to let it go.”

On behalf of 1.3 billion people, kindly f**k off https://t.co/sXfHG1LeoC

On the restaurant industry

“I would like to see more executive chefs who are from diverse backgrounds. I would like to see the food industry—the restaurant industry, in particular—rebuilt [following] the stress of the pandemic in a more equitable way so that the profession allows those participating in it to have a family, to have humane hours and to be paid a living wage.”

“You don’t have to fit into anyone else’s version of what it means to be Indian—you have to figure out what it means to you. That didn’t happen for me until I was almost 40. I realized I didn’t have to be more Indian or less American or forget any part of me. Both of those things could exist inside me fluidly, peacefully. [And I realized] that I shape my own identity. I don’t struggle with trying to be more Indian—I’m Indian enough! I’m just Indian in the way that I want to be.”

Read more:
Check Out These 5 Ferment-y Drinks with Bloody Cool Backstory
Sonya Singh and Sonia Mangat Talk Women Empowerment and the Need for More South-Asian Role Models
Canada Has a Perfect Restaurant for Every Zodiac Sign