Grab some popcorn and your makeup brushes – the video is nearly 90 minutes. 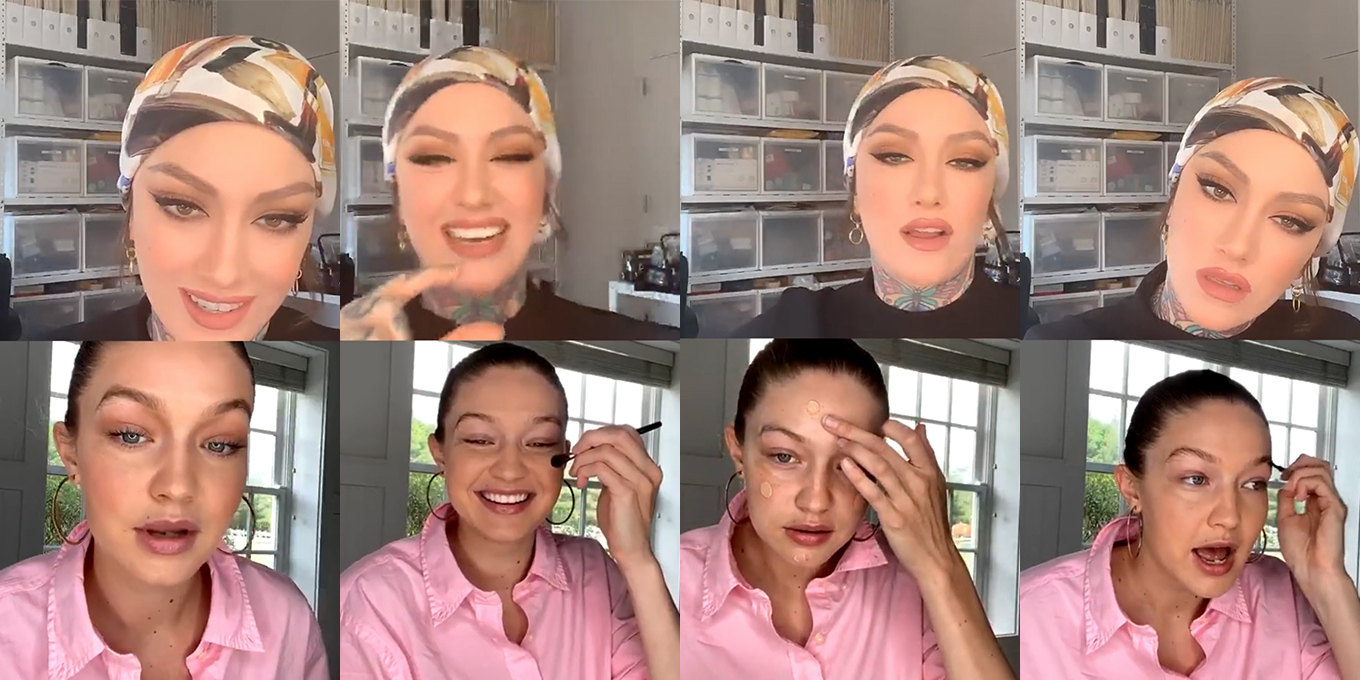 It’s been a few weeks since Gigi Hadid announced she is expecting a baby with boyfriend Zayn Malik via The Tonight Show with Jimmy Fallon and she has been relatively quiet about her personal life since. In a new interview/makeup tutorial on Instagram Live, Hadid discussed her pregnancy at length, as well as her relationship with Malik.

One of the most notable physical changes (beyond her growing baby bump, of course) Hadid noticed since becoming pregnant was her face shape. “People think I do fillers on my face, and that’s why my face is round—I’ve had this [face shape] since I was born,” she explained to Maybelline makeup artist Erin Parsons. “Especially fashion month, when I was already, like, a few months preggo, you know,” she added.

For those wondering, cosmetic procedures aren’t something Hadid has tried. “I’ve never injected anything into my face,’ said Hadid. “I am so happy for everyone to do whatever they want that makes them happy and make them feel more comfortable and good about themselves… Me, personally, it terrifies me. I feel I’m too much of a control freak I’m like, ‘What if it goes wrong?”‘

Toward the end of the video, she also talks briefly about Malik, whom she has not publicly discussed at length for over a year. Currently quarantined together at Hadid’s family’s farm in Pennsylvania, Hadid remarked that Malik would love her makeup look as directed by Parsons.

“You know what’s so funny, is that I don’t think that he like, obviously when I walk in from work, can be like, ‘Oh that’s an Erin look,’ or ‘That’s like a Patrick [Ta] look,’ or whatever, but he does really love, like, he—how do I say it? He reacts the most excited when Erin does my makeup without knowing. He’ll be like, ‘Wow, you look amazing.’”

“I think I have this knack for trying—I don’t necessarily try, I can’t help it, to do kind of ultra sexy [makeup looks] sometimes,” Parsons replied.

“That’s so funny,” Hadid said. “I’ll be like, ‘it’s an Erin look.’ You’re his favourite makeup artist without knowing.”

“Although I don’t think he’s ever like ‘no,’” Hadid added. “No, he’s never said no,” Parsons agreed. “I don’t think he would ever be mean like that.”

Grab some popcorn and your makeup brushes and watch the nearly 90-minute video below.