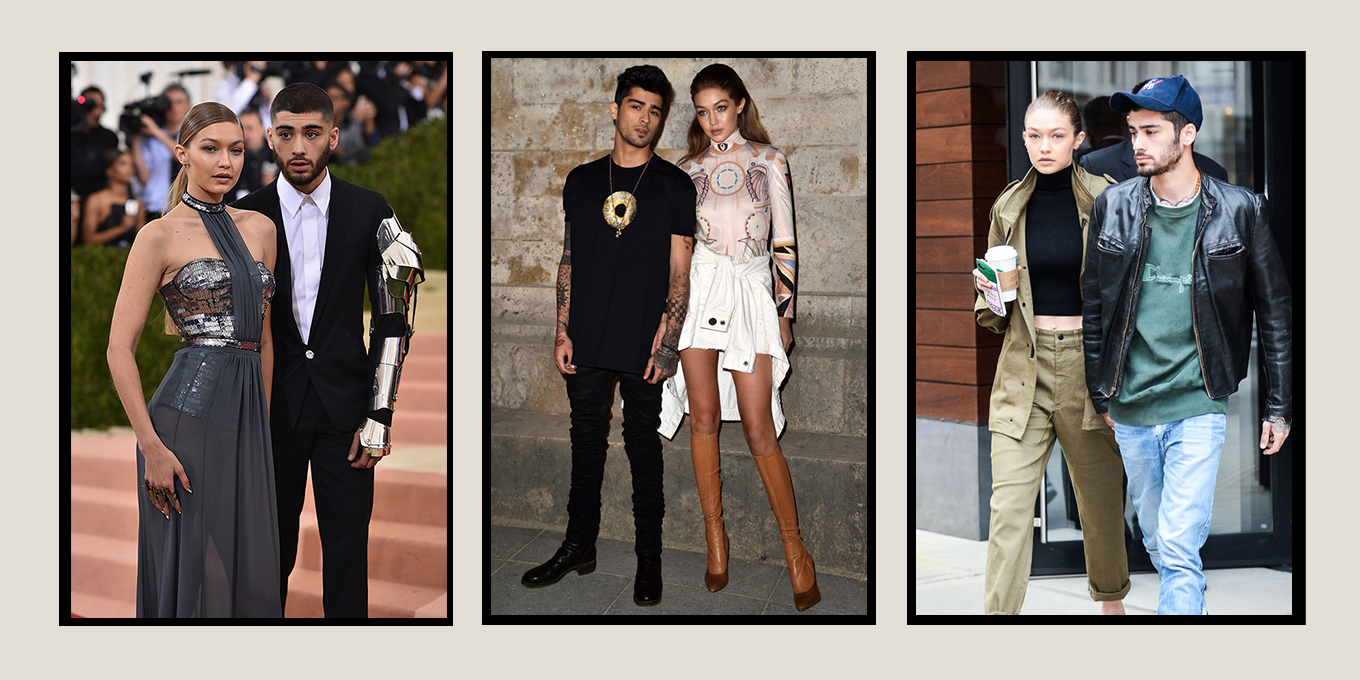 We don’t know about you, but we’re still not over the happy news that model Gigi Hadid and singer Zayn Malik are expecting a baby. After Hadid confirmed the pregnancy herself on The Tonight Show Starring Jimmy Fallon, we’ve been reminiscing about her relationship with the former One Direction member. So what better time to revisit the ups and downs of their four-ish years together? Here, we recap their major relationship moments, from their first editorial photoshoot together to the baby news.

November 2015: Rumours begin to circulate that Hadid and Malik are an item after they are spotted leaving Justin Bieber’s American Music Awards afterparty together. Us Weekly reports that they are dating.

April 2016: The couple are featured in a Vogue magazine spread. It’s their first official photoshoot together.

May 2016: Hadid and Malik attend the Met Gala together in complementary robotic outfits, solidifying their status as a power couple.

November 2016: We finally get their origin story! Zayn explains how he and Hadid met at a Victoria’s Secret fashion show. “She’s a very intelligent woman,” he told the Evening Standard. “She knows how to carry herself. She’s quite classy and that. She’s not, like, arrogant in any way. She’s confident. She carries it well. She’s cool.”

March 2017: Hadid photographs Zayn for the Versace Versus campaign. Versace posts an insanely adorable video of Hadid off-camera talking to Zayn. She asks, “When you’re alone, who do you want next to you?” she asks. Zayn replies, “You.”

October 2017: Hadid and Zayn try their hands at couples’ Halloween costumes with a Spiderman/Felicia Hardy look.

January 2018: Hadid wishes Zayn a happy birthday on Instagram, posting a shirtless boomerang of the singer. The comments section flooded with some speculating that a tattoo on his chest says “Gigi.”

March 2018: All good things come to an end, and unfortunately, Hadid and Zayn hit the brakes on their relationship. Zayn and Hadid both post statements on their Twitter accounts confirming the split. “I have a huge amount of respect and adoration for Gigi as a woman and a friend,” Zayn writes.

April 2018: Those mourning the loss of Hadid and Zayn’s breakup are thrilled to see photos on TMZ of the former couple kissing in New York City. Rumours circle the internet; however, Zayn is not present at Hadid’s 23rd birthday party.

January 2019: According to Us Weekly, the split was caused by a combination of factors, including Malik’s struggle to overcome some personal issues and Hadid not seeing enough of her friends when Malik was around.

February 2020: After months of speculation that they were back together, Hadid posts a photo on her photography Instagram page confirming that they are most definitely a couple. “HEY VALENTINE,” she captioned the post. “Z on the farm ♡ Dec 2019.”

April 2020: TMZ breaks the news that Gigi and Zayn are expecting a baby. The internet collectively freaks out and anxiously waits for the couple to confirm the news. Gigi’s mom, Yolanda, confirms to a Dutch radio station there is, indeed, a baby on the way shortly before Gigi herself appears (via video call) on Jimmy Fallon. “Obviously, we wish we could have announced it on our own terms,” she told Fallon. “We’re very excited and happy and grateful for everyone’s well wishes and support.” Cheers to the happiest ending!