Releasing her second book, Lilly Singh shares her newly found perspective on how to shape into our best selves. 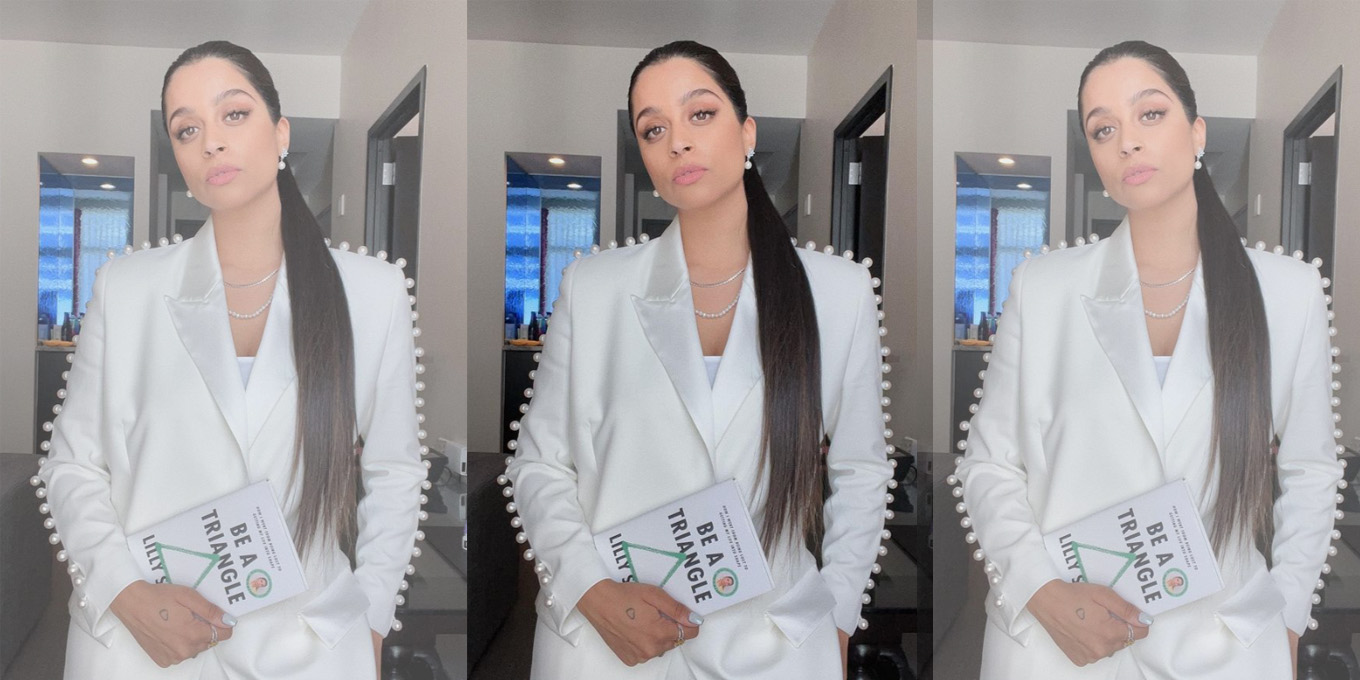 YouTube royalty Lilly Singh is known for her sense of humour, acting skills, and for the second time, her way with words. Over the years, she’s racked in billions of views around the world on her YouTube channel. Since going viral, this Scarborough native has won dozens of awards, became a New York Times bestseller, and has hosted an NBC talk show of her own called A Little Late with Lilly Singh.

With the release of her second book, Be a Triangle: How I Went From Being Lost To Getting My Life Into Shape, Singh introduces a new concept to her readers about building the best foundation we can benefit from. She says that even in her own life, after achieving everything she was supposed to, she still felt unfulfilled. With this book, Singh hopes her readers gain a new outlook on a life that’s spiritually abundant and understand what it truly means to feel fulfilled.

How does the triangle represent your journey to shaping your most authentic life?

The triangle is a relatively new idea I’ve come up with when writing this book. I really wanted to go deep and figure out the kind of work that needs to be done. So, I concluded that the work was building a foundation for myself. And when I say that what I mean is building a safe place in my mind that I could return home to no matter what was happening. Someplace that would not be impacted by other things, a place where I could authentically hear myself and it was without judgment. So, when I started to Google “strong foundations,” the triangle came up. Structurally, a triangle is a stronger shape. So, I decided that I wanted to build my life like a triangle.

How do you define a “sugar-coated” approach when facing life’s adversities?

I think that’s what I used to do years ago. I used to ground myself with colourful quotes that my desktop wallpaper would be a quote, and I would have these little rituals, and those are all important things. But I don’t feel like they really dig deep into creating lasting change. And I know that because when I would have those quotes around me, and I would try to do those things and listen to that guidance or meditation, it wasn’t enough for me on really tough days, to be honest. Anytime I would have a day where I felt like a failure, none of those things would hit. So even in my book, I don’t think just my book will ever be like, “Oh, now on a bad day, this has turned my life around in a day.” No, what my book is encouraging people to do is to create a place in their brain, where they have actually done the work to make those decisions that will lead them to fulfillment.

Why is it important for us as people to acknowledge our experiences, especially the ones that make us the most uncomfortable?

I think everything is an exchange, you know. If anything, I think being uncomfortable is the currency that needs to be spent for you to learn a lesson. So when you view things as an exchange, you really realize that uncomfortable situations don’t mean unproductive. Unproductive situations, it doesn’t mean you can’t gain something from an uncomfortable situation. I really think there’s power in analyzing all of the digital situations granted and really experiencing all the things the universe has in store for us because ultimately, they will be to our benefit. I’m a big believer that when good things happen, it’s to our benefit, and when bad things happen to our benefit because everything is an exchange. I think we should really acknowledge that our lives are designed in such a way that even the most horrible things always have an exchange that comes positive.

Why is it important to come home to ourselves?

I think because we are living in a world where there’s just so much noise all the time, more than ever. We’re living in a time where the amount of stimulation we have on a daily basis is otherworldly. We’re just always taking in so much noise. And I think more than ever, we need space in our brain that eliminates that. I talked about in the book that safe place in your mind, you should only consider four things. Your relationships, the universe, understanding distraction, and implementing the design.

Describe your sense of “home,” what does it look like and how does it feel?

So, my sense of home is a mental-spiritual place. And in that place more than anything, it’s a place of no judgment. It is a place with lots of contexts. And what I mean by that is, there’s a place where I will not label myself as a failure, or stupid, or not good enough. I will allow myself to be human. How I do that is by giving myself context. If I do something that didn’t go well, where I think that I’m not good at this thing. I’ll say, “Hey you, I think you were really nervous before you did this. And it’s the first time you have ever done it. And so you should give yourself some gratitude and grace for not being absolutely excellent at it. And you know what, maybe other people weren’t excellent at it either. And so maybe we can tweak some things and do better next time.”

How does it feel to unlearn of being defined by your pain, but rather your potential?

Before I wrote this book, when people asked me to describe myself, I often had the tendency to describe myself in terms of pain. So I would say that I’ve struggled with mental health. And I guess I had a rough childhood. And that was really hard. I never would describe myself as someone that was going to change the entertainment game or make a difference when it came to storytelling representation. And the reason I did that is that I never really put the work into figuring out who I wanted to be. But now in the book, I have done the work. In fact, I know that I want to be someone who has fun and who has passion and values, aside from my pain. So now, it’s kind of just a difference in the way I look at myself.

Why do you think it took some time for you to become a triangle?

The honest answer is I don’t think I would have ever done this work or gotten to this point of happiness if the pandemic didn’t literally take away everything from me. Because I had a schedule that was cleared. I had no events, gigs, or work. I was forced to look at myself in my life. Being forced to do that and look at how I defined myself became very apparent to me.

What’s the best thing you’ve learned about yourself while writing this book?

What I’ve learned is that we actually have to dig really deep, be really honest and vulnerable with ourselves, and listen to our inner child who will find the answers in the work that he does. And that’s what I’ve enjoyed about this book. I feel like I kind of identified it in this book. And so, I think I learned that you’re never too old to change these patterns and live a fulfilling life. I think you can always make decisions toward being the best version of yourself.

Out of all the lessons included, which one do you think your readers will benefit from the most?

I think my readers will benefit from this idea of a relationship with yourself. I talk about how humans love to put labels on things. We love to label situations, conversations, and people because that’s easy for us. Categorizing people makes it easier to understand the world around us in our brains. We’re doing ourselves a disservice by so easily labelling situations because they don’t give situations context. And I think we especially do that because the internet encourages us to do that. You jump on Twitter and label people bad and good, cancel them, and not give them a second chance. We shouldn’t treat humans like that in our life. We shouldn’t treat ourselves like that in our life because we should give people context. And we should value their lived experience and what they’re bringing to the table. And I think we’ll have a better time talking to people because humans are not meant to be put in so many labels and marshals.

Order a copy of Be A Triangle here.

The Books We Read Speak Volumes About Who We Are
We have it all, so why are we still unsatisfied?
Podcasts, TV Shows, and Books to Educate Yourself on Indigenous Culture and History