We have it all, so why are we still unsatisfied?

You've ticked all the boxes you were supposed to. So why aren't you satisfied? 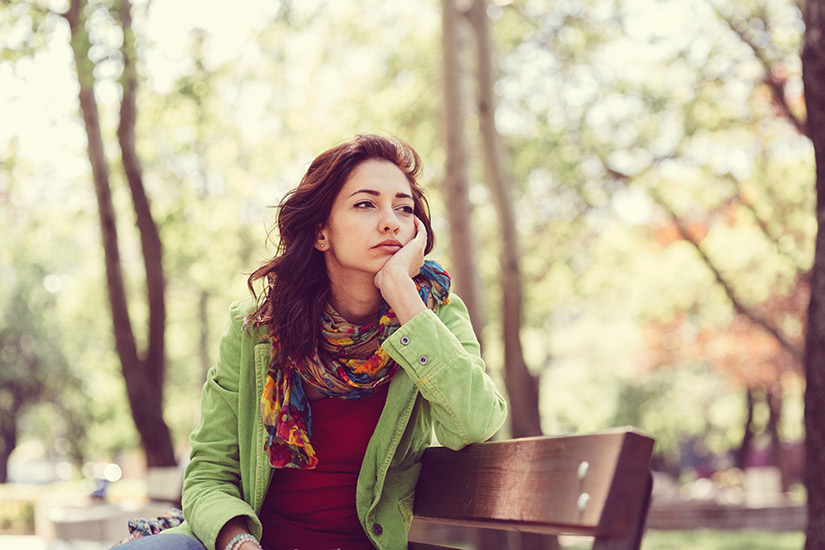 Before writer Otegha Uwagba got her book deal, she thought it would be the “pinnacle of success” in her life. But when it happened, although it still seems like a fantasy from “beyond her wildest dreams,” she didn’t feel quite the way she’d assumed she would. Elated? Yes. Finally “satisfied” after all those years of grafting and striving? Hmm, not exactly.

“I should have been dining out on that satisfaction for at least a year,” she says over the phone from the United Kingdom. “But within a couple of days, I was just asking ‘What’s the next thing I need to tackle and check off my list?’” Along with that aforementioned book deal, for her forthcoming Little Black Book: A Toolkit for Working Women, and a degree from Oxford, Uwagba also founded Women Who, an online platform for females in creative fields. All this to say: She has held a stethoscope to the beating heart of the Girlboss generation and recognized that same anxiety that keeps you awake until 2 a.m. on a Tuesday.

Uwagba says that many women have shared similar stories with her. “Success is like a drug for a lot of us,” she says. “While you do feel complete elation, it doesn’t keep you going for quite as long as it should.” She calls it the “fear of resting on your laurels” and says that this inability to celebrate or “luxuriate” in one’s hard-earned success is endemic among the 30-something women she knows.

“These days, you are not only exposed to what the people in your immediate social or professional circle are achieving but also up against every other person around the globe who does what you do,” says Uwagba. “It’s a numbers game, and, naturally, you’re not going to be the person at the top of the pool. That doesn’t mean you’re not doing well, but your success is now relative,” she says, pointing to social media, the Internet and general globalization as the culprits.

This doesn’t just apply to the woman who loves being a pediatrician but feels her accomplishments are reduced because she’s not also pioneering cutting-edge procedures. It extends to motherhood (sure, you keep two small humans alive, but that Instamom has four and they do homemade crafts every day), getting fit (you’re the most advanced headstander in your yoga class, but you still don’t look like Bella Hadid in a PVC crop top) and even the state of your romantic or domestic bliss. And for many women, as you’ll read in the accompanying essays, this is an emotional experience that is familiar from late adolescence, lingers long into adulthood and spans the generational divide. It’s that feeling after ticking off a goal that some might express as a strange hollowness or, if you’re feeling extra-dramatic (or you’ve been dipping too heavily into the Camus/Swedish crime dramas/whatever your nihilistic pop-culture poison is), a silent scream of “Is this all there is?” It’s linked to comparison—that other “not enough”—but it’s less about whether you measure up and more about how your experiences fall short of how you thought they’d make you feel.

Here’s the bad news: Nothing will ever be enough. Not the job, not the house, not the soulmate, not the kids and, no, not even that collection of Birkin bags Drake has been collecting to give to whichever one of us ends up being his wife. You might get to the top of the ladder and feel like you climbed the wrong one. Your accomplishments may never be enough for you. The good news? The condition is incurable, but it isn’t terminal. In fact, it could even make your life better.

“We’re constantly raising the stakes of what happiness looks like,” explains Ruth Whippman, author of America the Anxious. “There’s this feeling in your 20s and 30s that you’re on an up escalator toward the next milestone, and the milestone after that, and there’s this glittering happily ever after you’ll somehow reach at the next level.” Her book is subtitled How Our Pursuit of Happiness Is Creating a Nation of Nervous Wrecks, so it shouldn’t come as a surprise when she deals a death blow to those peace-at-the-end-of-the-rainbow dreams. “We’re expecting this ‘real’ bliss, and, well, that’s not particularly realistic.”

Of course, most women know this intellectually, especially after having lived a little and seen how the world works outside a Disney movie. Yet it’s often in the mid- life years that the greatest crises of contentment come. Case in point: Whippman herself. “I’m actually an example of this because I’m literally about to have a baby, which was slightly spurred on by the feeling of ‘Is this it? We better have something else!’” laughs the L.A.-based Brit. “But, seriously, for so many women, our lives are linked with this internal narrative of meeting the right guy and settling down, and then when you have the thing you’ve been aiming for, it becomes ‘Oh. Now I have to get down to the business of living,’ which feels a bit mundane.”

She points to research around “the middle-age slump,” a well-documented, culturally universal phenomenon wherein we’re happiest in our youth and old age but the life satisfaction curve takes a tumble in our late 30s and early 40s. “It has a lot to do with parenthood,” explains Whippman somewhat wryly. “We’re working toward this end of ‘When I have my kids, I’ll be blissfully happy,’ but the research says that parents, particularly of young kids, are some of the unhappiest people. You’re there wiping a bottom, and you think ‘This is my reward? For all that I’ve put in?’”

The way forward from there—and after every other just-a-bit-hollow victory, big or small—is to allow yourself to, well, feel your feelings…or lack thereof. Whippman refers to “meta emotions,” which are emotions about emotions, and recommends letting go of any guilt around having the “wrong” feeling about an experience.

“Writing my book, the most important thing I learned was that striving to feel perfect happiness or positivity all the time is quite psychologically unhealthy,” she explains. “We need to feel a range of human emotions, and it’s unrealistic to expect that we won’t feel annoyed or pissed off or unfulfilled.”

Somewhere in that discontent, posits Whippman, is also an anxiety around the opportunity cost of having made your particular choices. “Earlier in your life, there was just so much to play for—this excitement around who you’d marry or what your career would be,” she says. “But even if you get the best result you could ever imagine—and I personally have been incredibly lucky—there’s no longer that openness. You have to make peace with the fact that there are a million things you will never do. The life you have now is the life you will continue to have.”

Of course, the luxury of feeling dissatisfied is very “first-world problems,” and helping those less fortun­ate is actually a useful action to take when you happen to hit a “never enough” patch, says Toronto-based therapist Natasha Sharma. But first, she says, congratulate yourself for hitting the highest triangle on Maslow’s hierarchy of needs, which starts with the bare minimum for human survival, like food and shelter, progresses through belonging and social status and finds its pinnacle in “self-actualization.” That feeling of wanting more? That’s a sign of how evolved a human you are, says Sharma.

“For someone who has a happy home, family and financial stability and enjoys their work but still feels that something is lacking, you’re actually looking at how you want to self-actualize. My advice is to serve, serve, serve, which is one of the best ways to do that.” It’s a goal that Sharma—a self-described high achiever who has given a TEDx talk and written a book on happiness—actually has for herself.

“I truly want to dedicate the last quarter of my life to charity and just helping others,” says Sharma, adding that that may look like different things to different people and can include using your creative talents to enlighten or educate. She also echoes Whippman’s advice about not ignoring that “never enough” voice. “Any feeling is information, and this one in particular is great to lean into,” she says. “Take that discomfort and use it as a way to reflect on what might be around the next corner—perhaps it’s a new adventure or a sign that it’s time for a new creative process.”

And don’t be afraid to ponder the deepest mysteries of the universe while you’re at it. “We’re all striving for meaning in life, but that misses the mark,” says Sharma. “We’re actually looking for experiences, and that’s why when we reach a goal, we feel an ‘ugh’—because that experience is now complete.”

So, see you on the porch of the retirement home—which will probably be in space because earth will have become too small for our ambitions/we had to colonize a planet just to store all those bags Drake keeps sending us. We’ll be the one reading our billionth self-help book, still wondering if maybe we settled just a little bit on the spouse front and definitely still feeling like all this—views for light years of the Milky Way and all—is still not quite…enough.