"My dad’s library – ostensibly the library of his life – made me think about how telling a person’s relationship with their books can be." 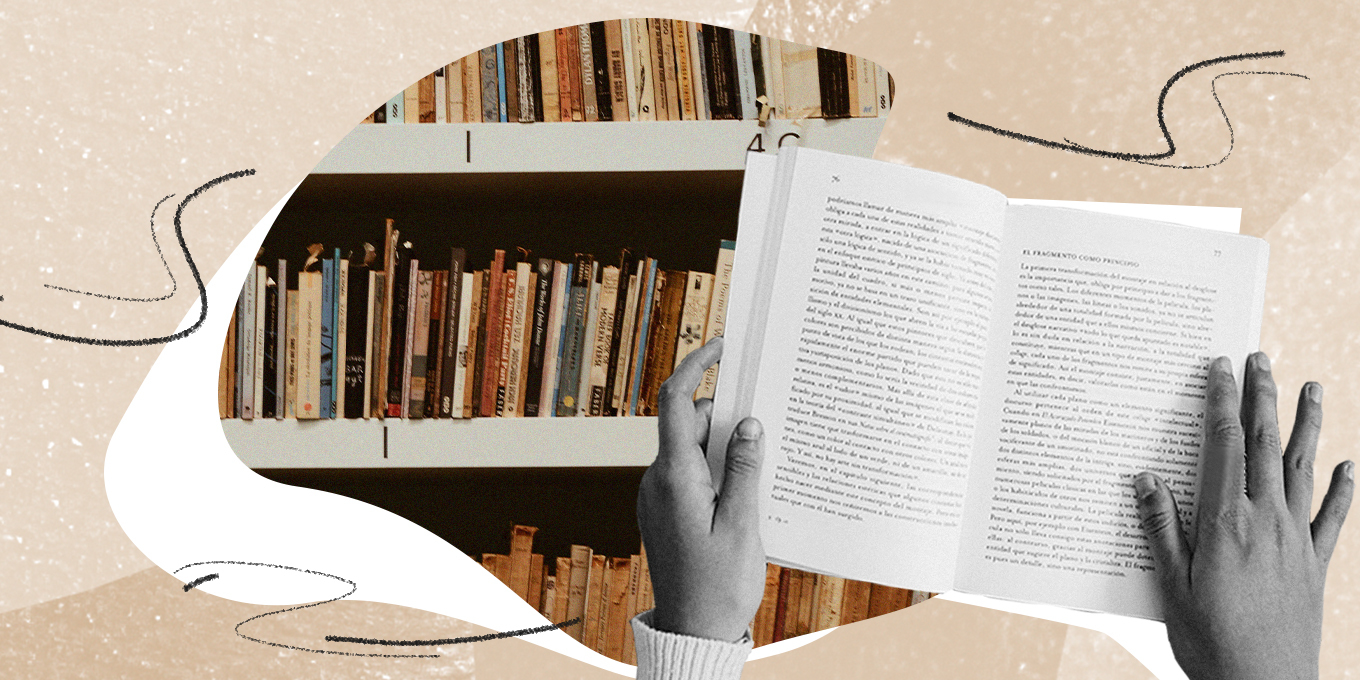 When I was growing up, I couldn’t walk into the basement of my family’s house in Toronto without tripping over a book about, say, sustainable urban development in Tanzania. The basement has long moonlighted as my dad’s office, though how he manages to read or work or exist in those book-strewn wilds remains as obscure to me as his academic journals. Even locating him in the mayhem feels as challenging as catching a glimpse of a leopard in the savannah. My dad, now a professor emeritus of political science at the University of Toronto, began building this library when he was acquiring his Ph.D. in African politics at the University of California, Berkeley in the 1960s. And while he welcomed about 2,000 books to live in our house over the years, he also invited about 1,000 more to reside in his campus office. He is an urbanist, and his books and papers seemed to form a cityscape of their own – a hip-level skyline of academic tomes, low-rises of papers, shantytowns of student theses, towers of hardcovers and slippery favelas of folders – all landscaped with jungles of random electronic wires from computers and printers past. About 20 years ago, one of his graduate students, upon first beholding this scene, exclaimed: “Professor Stren, there is a competition for the messiest office in the world – I think you should enter!” I was still living at home at the time, and I remember my dad reporting his candidacy for King of Office Messiness with delight, happily submitting a photo and then coming home one day and festively announcing that he had won. The runner-up, a prominent South African public intellectual, evidently had an office so messy that he could barely be spotted behind the ever-rising horizon of papers on his desk. My dad still took the prize. My mom felt less cheerful about the “victory.” My father’s absent-minded-professor-ness failed to charm on the home front. One of my dad’s colleagues once told my mom, “Your husband is an idiot savant!” She agreed: “Yes, well, I can attest to the idiot part!”

My dad’s library – ostensibly the library of his life – made me think about how telling a person’s relationship with their books can be. Karl Lagerfeld, apparently, would immediately tear out the page of a book after he’d read it – not in disrespect to the literature but in a ruthless commitment to the present, to looking forward, to literally discarding the past. (Reportedly, Lagerfeld believed that a garbage can is the most important piece in any house.) I seem to have cultivated the opposite pathology: I tend to hang on to my books in an attachment – not to the stories themselves but to the time of life when I read them, having superimposed all of my own hopes and sorrows on the characters. My resistance to breaking up with my books is likely about a desire to stockpile time, which may be why I have an even more problematic relationship with my five-year-old son’s books: We have a Library of Congress’ worth of bunny literature that I refuse to part with, in the same way that I don’t want to let go of his babyhood. (As if I have a choice.)

Last summer, a plot twist came when my dad turned 80 and resolved that it was time to give his books away. He spent months among his shelves in a Marie Kondo-style enterprise that would more likely have sparked trauma than joy in anyone who saw the state of the place. The challenge, of course, had been less organizational than emotional. It all seemed to be an overt confrontation with death – a desire to impose some order and control over that which we have none: life, death, existential dread. (Or perhaps in facing the last chapter of his own story, he felt the need to sort out a dignified denouement for what has mattered most to him.) After all, books were his life’s work (he wrote or edited 18 of them), his comfort, his companions, his refuge and his rebellion (revealing his rejection of his parents’ conservative politics). They were so bound up in his identity that I felt sad watching him part with them. “I feel like Samson – I’m giving away my own hair,” he told me. (Though, to be clear, his hair is another thing he lost a long time ago.)

For months, he searched anxiously for the books’ next home, in an almost paternal impulse to make sure his loved ones would be properly looked after when released from his care. I’ve often heard stories about children (mostly of, say, French presidents) who learn as adults (usually at a funeral) that their father had somehow stashed away a whole other family. My dad’s books were that other family; they understood him best, and we shared a house with them – although they basically had their own wing.

When the boxes of books were set to be hauled to their next residence (the African studies department at U of T’s New College agreed to take most of them), I braved a descent into my dad’s lair to offer some company and support and bid farewell to my childhood co-vivants. Amid the stacks of storage boxes were some classics: a framed photo of my dad standing with the president of Uganda, Yoweri Museveni, and an entourage of large-horned Ankole cattle. (When my dad taught in Dar es Salaam long ago, Museveni was one of his students.) My dad picked up the photo and offered, “He defeated Idi Amin”; then he added, “He got an A– in my class.” Near this photo was a certificate of my dad’s colonelcy (he was anointed a Kentucky Colonel after teaching at the University of Louisville for a semester) and some photos of his wedding to his first wife, a chapter in his life that has always intrigued me – belonging as it does to the unknowable: his youth.

My dad, however, is hardly the only one who partook in some decluttering this past spring. As the pandemic sent us all indoors, forcing us to keep company with our own choices, partners, children and mess, COVID-19 made Kondos of us all. In homes around the world, clothes and books and toys and stuff have been liberally strewn and appraised. Even the most organizationally challenged embarked on pestilence-inspired spring cleaning – an activity to pass the time and lend a feeling of industry and lightness and an exercise in learning to identify the essential and shed the rest. It’s as if we’ve all been just a pandemic away from blooming into our superior minimalist selves.

But that day BC (before COVID-19), as I stood with my dad and the makings of his life, what struck me most was that if individual books have a story to tell, a family of books reveals its own secrets. Next to his social-science books, with aggressively non-poetic titles like Crime and Violence in Latin America and Ivoirien Capitalism, were some of my mom’s books, lovely Éditions Gallimard volumes of deeply romantic, sensuous poetry by Charles Baudelaire, the complete works of Voltaire and verse collections from Jacques Prévert and Victor Hugo. I opened a copy of Baudelaire’s Les Fleurs du Mal, and some long-dried rose petals fluttered gently to the floor. “When you put rose petals in a poetry book, you assume that you’ll always remember who gave them to you,” my mom said. “But in the end, you don’t. Maybe these were from Roger; I don’t know.” (Roger was one of my mom’s first suitors.) What I do know is that my dad’s copy of, say, Urban Governance in Asia did not house any long-forgotten petals. My parents have been married for nearly 50 years, but they have always been wildly ill-suited and have always, in a way, remained foreign to each other – in their temperaments and their interests, in their right-brained versus left-brained ways of being. “She’s a very unusual person,” he’d often say, with a mixture of curiosity and exasperation, about my mom, as if the universe had charged him with the unique trial of being married to a Cyclops.

Though I had always thought of this room as a republic of my dad’s past, it occurred to me that this other family somehow told the story of my own family. It seemed to me that in this tension – in the cultural and emotional dissonance between my parents’ choice of reading material – lay the whole story of why my parents should probably never have wed at all. Even the books looked awkward and uncomfortable sharing the same shelves. But despite their differences, here they still were, side by side, bound by time, still struggling to find peace in the mess. We may not always get the plot lines or endings we have written for ourselves, but an interesting life is nothing if not messy.

This article originally appeared in the Summer 2020 issue of ELLE Canada. Subscribe here.