Looking natural: The new trend in cosmetic surgery and treatments

Why some celebs are downsizing their beauty treatments 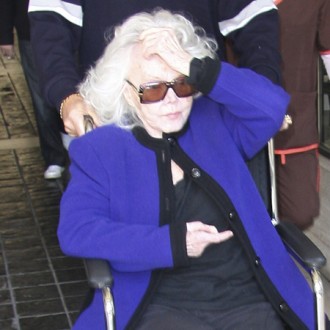 I think overdone and in-your-face cosmetic surgery officially jumped the shark the day Heidi Montag — then 23 —  debuted her new look, courtesy of 10 different procedures including a nose job, brow lift, liposuction and size G breast implants. A woman in the prime of youth taking a page from the Jocelyn Wildenstein guide to surgery? Aside from being a surefire sign of the apocalypse (I’m hoarding sun hats and La Mer as we speak), it’s clear that the celebrity perception of beauty needs some serious tweaking.

Recoiling at bad surgery is one thing, but there’s no denying Hollywood’s hold on our psyches, consciously or not. “Everyone is influenced by celebrities to a degree because access [to them] is so pervasive,” says Oakley Smith, a Toronto surgeon specializing in rhinoplasty. Smith says Hollywood acts as a “style leader” for cosmetic surgery, similar to how the catwalks of Milan trickle their influence down the fashion pipelines, but in a less seasonal, more gradual way.

Of course, it’s a double-edged sword for actresses. While there is the need to look young and fresh to beat off the competition, if they get work done that is too obvious, they could plasticize themselves out of a job. Recently, several high-profile casting directors have been quoted as saying ladies who toy with Mother Nature in a bid  to stay employable are often being rejected for roles either because they look too fake or their faces can’t move well enough to emote.

Thankfully, there are many signs that celebs are changing their standards of beauty. Lisa Rinna revealed she was having  her infamously puffy lips downsized. Sharon Osbourne told the Today Show she was having her implants removed. And Jenny McCarthy says she uses Botox “minimally” so she can still have natural movement.

Will “real” women be influenced by these changes? Robert Troell, a California-based cosmetic surgeon, says he doesn’t think the slowly evolving celebrity beauty ideal will result in clients coming to his office and requesting a particular movie star’s features. However, he does believe that “the publicity around celebrities’ esthetic procedures, whether it’s liposuction or having their lips done, brings it more into the mindset of the public. If someone wanted to do something already, it can help facilitate that.”

There’s also a tangible shift toward “agelessness” as opposed to just “looking younger.” Celebs with a relatable, fresh-faced beauty are hard to put a date on, even when we know they weren’t born yesterday. Think Halle Berry, Jennifer Aniston, Julianne Moore. Sure, they’ve got access to the best dermatologists, personal trainers and dietitians on the planet, but still they look individual, beautiful and real. It’s an ideal that Smith says was already entrenched in this country. “In California, there’s still a prevalent attitude of wanting to look ‘done’ and advertising that they’ve had work, but north of the border? Canadian women want nothing to do with that — they’ve always wanted to look natural.”

What, exactly, does “natural” work look like?When it comes to injectables, it means having less than the normal dose of Botox. Instead of an ice rink for a forehead, some movement remains. And volume-enhancing fillers can be done subtly, away from nut-storing chipmunk cheeks (which never signified youth anyway) and toward a more refined, healthy — and ageless — look.

Twenty years ago, the ski-jump nose was the prevalent choice for women hopping into the surgeon’s chair. Today, Smith says he does a lot of revision work to fix those noses. “It was a look driven by the patient,” he explains, “this nose that was cute, upturned, infantile.” Combine new sur-gical techniques with a changing aesthetic — let’s hope women now want to be seen as strong, not juvenile — and the buzzword for nose work becomes “harmonious.”

“There’s still an ideal of wanting symmetry and harmony,” says Smith, “but it’s a flexible, fluid one that fits with your face and body and respects your ethnic background.”

Healthy and youthful is in

Chests are downsizing too. Martin Jugenburg, a plastic and reconstructive surgeon in Toronto, says a lot of boomers who had breast augmentation more than 10 years ago are now requesting smaller implants. “Bigger is no longer better — women don’t want something obvious anymore. They just want to look healthy and youthful.” Jugenburg also credits new techniques, such as fat grafting, which offers more realistic, natural results than other materials used in the past.

So where does this leave us? If the trend continues, we’ll certainly have less fodder for water cooler gossip after awards shows. I’d love to see celebs be more open about what work they’ve had done, to help keep things in perspective. And I question how empowering it truly is if we begin coveting an ideal that looks natural but is actually man-made.

Perhaps we should take inspiration from renowned makeup artist Bobbi Brown, 53, best known for her celebration of accessible beauty. She thinks the best things women should hope for is to look “fresh” and “great.” I’d add to those immortal words by saying that the fastest way to an “agelessness” utopia involves acceptance, confidence and a bucketful  of sunscreen.