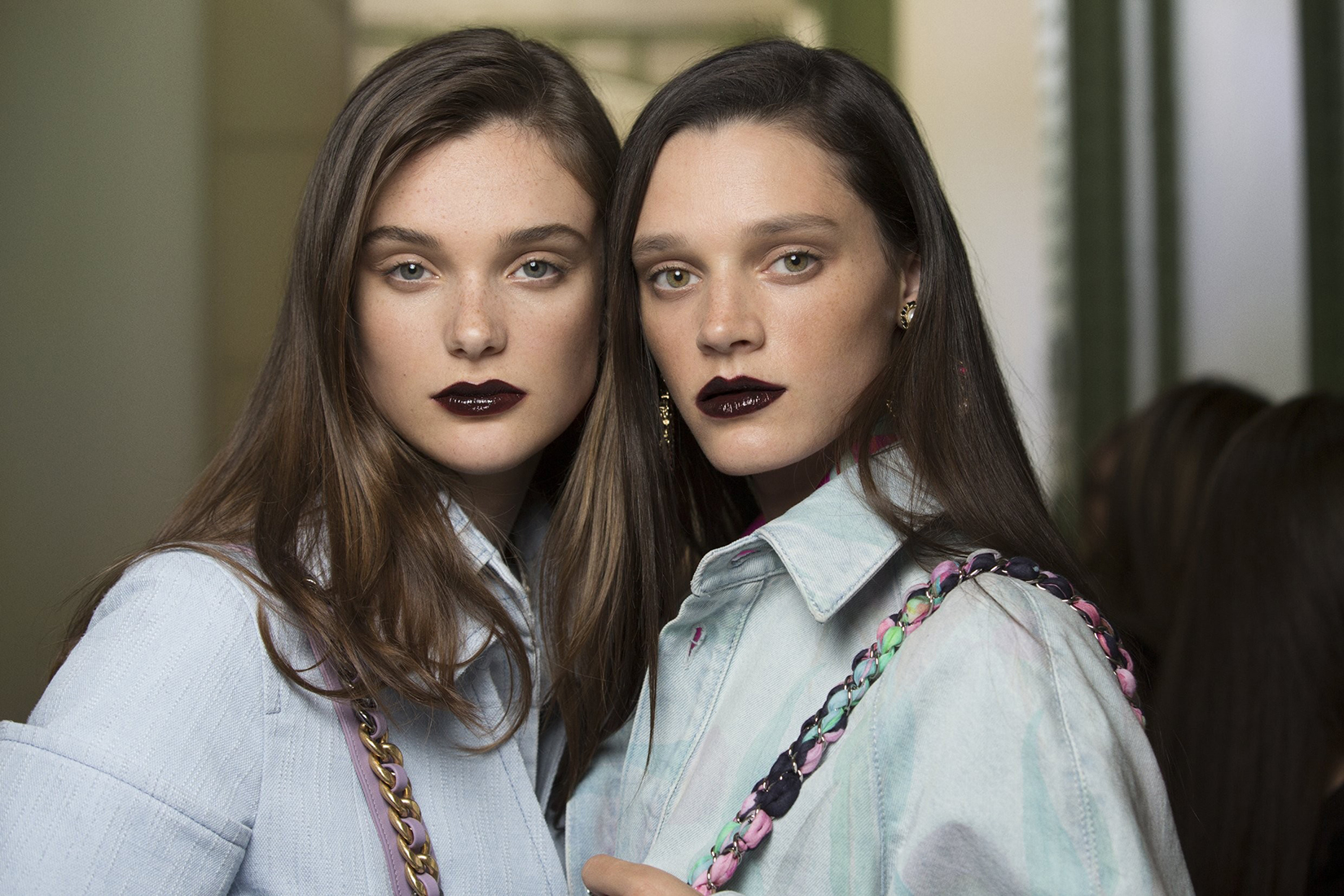 Whatever people expected from the Chanel resort show in May—the first official collection under the direction of Virginie Viard, who had been Karl Lagerfeld’s closest collaborator for more than 30 years until his death in February—it probably wasn’t such ultra-dark lips.

In recent seasons, certainly, lips have leaned toward a more classic look: either lightly glossed or with a slick of prototypically Parisian red. But instead of the statement coming across as clichéd goth girl, it was assertive and polished—like a more youthful, modern spin on the femme fatale.

A few weeks earlier, at the Chanel Beauty headquarters at the western edge of Paris, Lucia Pica, global creative makeup and colour designer for the French brand, showed off the deep-burgundy lipstick and black-cherry gloss that would debut backstage as part of the broader Noir et Blanc de Chanel fall makeup collection, which includes a vibrant-black eyeshadow that glints with gold and an opaque-white nail polish. For a brand so inextricably linked to black and white, it’s surprising that they’ve never been the starting point for a seasonal makeup collection—until now.

Pica was eager to demystify the gloss. She noted, for starters, that the texture was developed to be moisturizing with no uncomfortable stickiness. But what about when to wear it?

“If you really feel provocative or confrontational or just want to have a bit of a good time,” she replied, pausing just long enough to layer it over her existing lip colour (without using a mirror). “You see? It’s not that scary,” she said, her white teeth appearing even brighter against her maroon mouth as she smiled. “But what I like is that it still feels really chic. It’s not just for millennials; it’s also for us.”