Learn how to navigate the changing social etiquette of adult relationships. 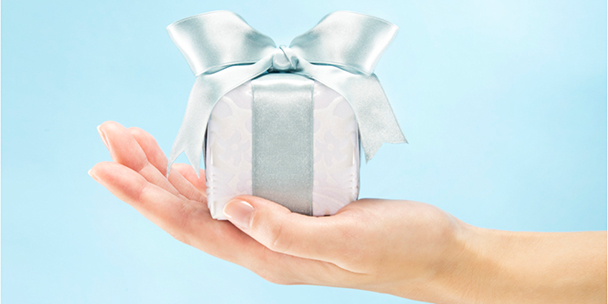 I’ve worn lime-green taffeta and played “Guess the Celebrity Offspring.” A lot. This is a polite way of saying that, like most women over 30, I have attended my share of weddings and showers. Some were wonderful celebrations worth “saving the date” for. Others felt like white-collar shakedowns performed under the direction of Martha Stewart and her fluffy cupcake mafia.

Does WEDDING SEASON mark the end of friendships?

I endure the latter with classic hypocrisy: I grin and bear it publicly while ranting and raving privately. I’m hardly unique in choosing this time-tested approach to performing social obligations. But many guests are abandoning the strictures of social etiquette and venting for all the world to hear. Some are even agitating for a revolution in how we celebrate other people’s successes. “Stop the Scourge of Wedding Presents” read the headline of one anti-wedding-gift screed on Slate.com. “Wedding and baby showers are hideous relics. Don’t throw them” proclaimed another in The Globe and Mail.

Call it an anti-etiquette uprising—whatever it is, it’s pitting guests against hosts, BFF against BFF.

Aware of the prickly social zeitgeist, I sent out a disclaimer with the e-vite to my own recent baby shower. Attendance is not mandatory, I wrote. Neither are gifts. I briefly debated putting “Please don’t hate me” in the subject line.

Most replied enthusiastically; one or two pals indicated that they’d rather eat rat poison than ingest one more tablespoon of blue or pink buttercream. I understood both responses, but life’s irony never fails to impress me: I was sending out the kind of invitation I was loath to receive and, childishly, feeling a sting when friends opted to express their feelings rather than protect mine. Maybe it’s not irony but karma.

How to PLAN A WEDDING WITHOUT STRESS

Though weddings and baby showers are traditionally considered celebrations of love, hate seems to be the word that crops up most often. Type in the search terms “baby shower hate” and “wedding hate” online and you’ll get close to 150 million hits—which feel more like slaps to me. Sites like “Baby Shower Hate” come up as well as the tell-me-what-you-really-think page “I fucking hate weddings.”

Learn how to deal with changing social etiquette after the break…

That new-found agita may be a side effect of
the way we live now. Perpetually stuck in the smartphone’s 24-7 time zone, we’re defensive about added strains on our personal time, says Jay Remer, an etiquette expert based in New Brunswick. “We feel that we don’t have much time to do the things we used to—we’re being pulled in too many directions,” he says. A challenging economic environment is making us stingier too. “When people get thrown back into survival mode [financially]…they don’t like being asked to give presents to people.” But there’s another reason for the backlash, says Remer. Guests are genuinely peeved about being treated like walking dollar signs by materialistic couples who see formerly sacred rites of passage as profit-making opportunities. “There seems to be a trend that I am violently opposed to, and that’s telling your guests what you’d like them to give you.”

Can you be a MINIMALIST IN TODAY’S MAXIMALIST WORLD?

Some don’t stop at requesting gifts—they’ve now graduated to aggressively demanding their due. One Hamilton, Ont., bride made headlines after she went after a guest for giving her a $50 food basket rather than cash. “People give envelopes,” proclaimed the bride in a text to the guest. “I lost out on $200 covering you and your dates [sic] plate.”

The Hamilton bride is in a “league of her own,” says Remer, in what may be the understatement of the year. But I can’t help but think that her rage is shared by many couples who overspend on an event and hope to recoup some costs through gifts or cash. Etiquette experts aren’t impressed by this “demand and ye shall receive” attitude. “You spend a lot of money and you want your wedding gifts to pay for it?” questions Manhattan-based etiquette expert Patricia Napier-Fitzpatrick, flummoxed by the wrong-headed thinking that goes into making such a faux pas.

Is MONEY DESTROYING YOUR FRIENDSHIPS?

Couples who spend more time choreographing YouTube-worthy wedding-party dances than making sure their guests are taken care of are also making things tricky (read “annoying”). For one, they’re forgetting that their main responsibility is to be a good host—not to challenge Celine Dion’s Las Vegas headlining status. A wedding isn’t a theatrical event. It’s a milestone.

Your social etiquette cheat sheet is on the next page…

Anti-gift diatribes and greedy bridezillas hint that our bond with one another is starting to crackle and pop. Letting that link fail altogether would be a significant loss for both parties. So, to bridge the chasm of ill will, we are faced with a choice: Re-establish traditional norms, roles and responsibilities (guests don’t gripe about buying a gift for a betrothed friend while brides act like hostesses, not Swarovski-crystal-encrusted pick-pockets) or dismantle the whole structure and just let the bad behaviour (of miserly guests and grabby brides) run riot.

In defence of the BRIDEZILLA

And, collectively, let’s keep the griping about our pal’s baby shower or that cheap wedding gift our rich aunt sent us to a dull roar. If we don’t, we’re in danger of losing the abiding connection to one another that good manners preserve, warns Remer. “A lot of people think of etiquette in terms of dealing with knives and forks, but it’s really about how we deal with other people. Connecting with others is a fundamental human need.”

We may moan about our friend’s decision to get married on the last long weekend of summer, but it’s wise to remember that friends and family are indispensable partners in our joys and sorrows. Their presence during the most transformational moments of our lives amplifies our feelings, as ours enhances theirs.

The tricky art of UNFRIENDING ETIQUETTE

How I wish I had learned that sooner—and been less selfish and jerky about celebrating other people’s joys. I finally came around during my own baby shower. Aside from their time, their thoughtful gifts and their polite assurances that I didn’t look like an obese penguin, my guests gave my unborn child and me their unreserved joy.

Your etiquette cheat sheet
Manners expert Patricia Napier-Fitzpatrick advocates for a return to tradition, where couples put a premium on hospitality, not originality. Getting married or throwing a shower? Be a good hostess who feeds and waters her guests like a rose bush—liberally—and you’ll see well-tended life bloom. Leave the cash requests to Money Mart customers and the viral videos to the Lonely Island. For guests, protocol is simple: Bring a gift. “That’s the price of admission,” says Napier-Fitzpatrick.