Relationships and money: Putting a price on dating

Date nights. Rent payments. Vacations. In the modern dating world, who pays for what costs in a relationship? 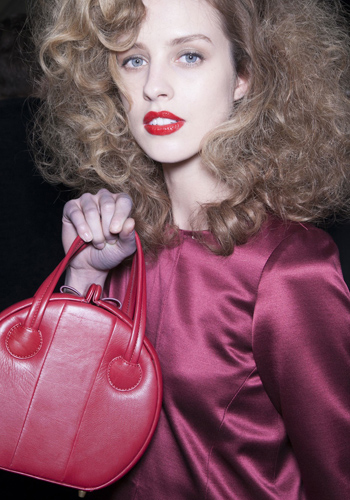 Cupid is operating one serious, oxytocin-fuelled racket. According to calculations by consumer-affairs website RateSupermarket.ca, a year of dating in Canada costs the average couple almost $7,000. That tally includes 12 movie dates at $45 a pop, which adds up to more than $500, and 12 “fancy dates”—fine dining, the theatre—which wallop the wooing wallet to the tune of nearly $2,000.

Is MONEY TEARING YOUR RELATIONSHIP APART?

Money greases the wheels of love—and it can also be one of the biggest spanners in a relationship’s works. “Money matters can play a huge part in whether a couple makes it or not,” says Sarah Gooding, a dating coach at dating website PlentyofFish. “Figuring out whether you’re financially compatible is important because, ultimately, you’ll be sharing your finances one day.” Whether you’re locked in a
long-term love or serially single and mingling, here’s how to gracefully manage some of those uncomfortable money moments on the dating scene without breaking the bank—or your heart.

The subject of who should pick up the tab on the first date is often polarizing. A recent survey out of Chapman University in California shows how complicated the matter can be: It found that 84 percent of men pay for most dating expenses—even though nearly two-thirds of them believe that women should contribute. Still, 76 percent of men also say that they feel guilty accepting a woman’s money when offered. According to Gooding, it can get even trickier—and more expensive—when it comes to
online dating, as many active users of dating apps and websites go on multiple first dates a week. Despite that, Gooding maintains that it’s “respectful and gentlemanly” for a man to pay on the first date—although a woman should always offer, subtly, perhaps by reaching for her purse. “If you see potential, let him pay,” advises Gooding. “If not, some women may be more comfortable insisting on going Dutch so they don’t feel like they owe him a second date.”

Going steady
You’re six months into a new relationship and you’ve established an alternating “he pays, she pays” ebb and flow on dates. But now he’s pretty much living at your place and eating his weight in groceries that you’re paying for. Calgary-based dating coach Karen Howells recommends avoiding bitter feelings by going “couple shopping”: making regular trips to the supermarket together to jointly purchase items you’ll use as a couple (dinner ingredients, for instance, or movie-night snacks).

When it comes time for a “vacation à deux,” Howells suggests that couples get a vacay piggy bank (or even go so far as to set up a joint chequing account) into which each partner makes a contribution on payday specifically to save for romantic getaways. “It makes a trip feel like a real joint adventure,” says Howells.

Would you put a price tag on dating? Learn more on the next page…

Moving in
When it’s time to move in together, between all the his-and-hers towel monogramming and relationship-testing trips to IKEA, take a moment to consider a cohabitation agreement, says Julie Layne, a Toronto family lawyer. “A cohabitation agreement is a binding legal contract that sets out the parties’ rights and obligations should the relationship break down, such as setting out how property would be divided,” explains Layne.

How to get the RAISE YOU DESERVE

While the law varies from province to province, in general, agreements that will stand up in court require that both parties get independent legal advice and fully disclose their assets and liabilities at the time of the contract. There is usually a bit of back-and-forth negotiating between the lawyers before the agreement is signed, says Layne. Although a simple cohabitation agreement costs approximately $2,500 per person (and up), it’s worthwhile if you go into a relationship with assets to protect. Layne cites this common example: “You might own a condo, and when your boyfriend moves in, you ask him to pay rent—but he actually sees it as paying into the mortgage, building his own stake in the ownership of the property, which you might not have considered.”

An agreement is also useful for joint purchases like furniture—if you each pay half, you can set out how that property will be divvied up if the relationship ends. “Clearly spelling out these things from the beginning in a cohabitation agreement means you can avoid a messy legal dispute later on,” says Layne.

Is MONEY DESTROYING YOUR FRIENDSHIPS?

She also points out that, while the laws differ from province to province, common law is not the same as being married. For instance, in Ontario, common-law partners are not entitled to “automatic property equalization” as married couples are. “It is much more complicated for common-law partners to make a property claim against their spouse on relationship breakdown,” says Layne. And a note about pets: The law views animals as property (just like the couch!), so Layne suggests having a clear conversation beforehand about who will get the dog. She strongly advises against making any provisions for shared custody, post-breakup. “It’s not enforceable, and you also risk running into all kinds of corollary issues, like who pays for vet care if the dog gets sick,” she says. Instead, she recommends putting a line in your cohabitation agreement that reads “Susie is the owner of Fido, and John will have no claim on him” so you can make it a nice, clean break.