Relationship problems: Deal breakers that are often ignored by women

Catching these red flags early will save you from relationship problems in the long run. 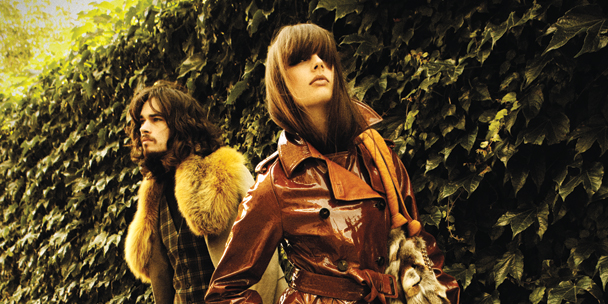 A recent study conducted by the University of Missouri that surveyed
single women in their mid-20s to mid-30s reported that women in this age group feel a huge pressure to get married and have children. Okay, so that does not seem like earth-shattering news – but it does influence the way we date. Relationship expert Michael J. Lockwood, author of the book
Women Have all the Power, Too Bad They Don’t Know It, says that this societal pressure to be married and start a family before your mid-30s "has changed the rules of the (dating) game," and it’s leading intelligent women to make bad dating choices.

Authors of the book Little Black Book of Big Red Flags explain that strong feelings of love or lust at the outset will cause women to ignore obvious warning signs that someone is not a good choice for them, which will eventually come back to bite you. "When things start going downhill, you think back to that seemingly insignificant moment you tried to shrug away and think … that’s when I should have known."

If the guy you are dating commits any of these red flags, it may be time to show him the door.

Dealbreaker #1: They fib about the little things.
Small lies and inconsistencies are sometimes easy to overlook at the beginning of a relationship. Sabine* recalls dating a guy who she suspects was lying about his past. "Each time he would tell a story, the details would alter subtlety. When I’d confront him he’d be defensive and suggest that I wasn’t a very good listener." Sabine decided to ignore this "little quirk" of the man she was in love with. Later she found out that he had been lying about much bigger things, namely that he had a criminal record and a history of mental illness. She responds by saying "I knew something wasn’t quite right but I didn’t listen to my gut. Never again."

More deal-breakers on the next page…

Lauren* started
dating her ex and she recalls: "I’d often catch him in lies about which friends he had been hanging out with the night before. I didn’t say anything because I didn’t want him to think I was a crazy girl who was following his every move." It all made sense when she later found out that he had been seeing other women behind her back. Lauren explains that this is now a huge deal-breaker for her: "If he can’t tell you the truth about the little things, what else is he hiding from you?"

Dealbreaker #2: They don’t respect your boundaries.
Healthy relationships should have boundaries. During the honeymoon period, things like showing up places unannounced, assuming you will drop plans for them or contacting your friends to check up on you without your permission are all gestures that could easily be mistaken as the other person trying to share and build intimacy with you. However, these acts actually are quite selfish. Michelle* says: "This kind of behavior screams out that they don’t respect your personal boundaries."

She says that in her experience, these small trespasses usually lead to bigger breaks of trust such as the person pushing you to do something you are not comfortable with, or showing up at your apartment when you aren’t home without your consent.

Dealbreaker #3: They show poor judgment.
It’s important to recognize what kind of "sharing" is good and what is just inappropriate. Melanie* has recently been corresponding with a guy she met online. "When I mentioned that my landlords were renovating my bathroom, he explained that when he renovated his own bathroom he forgot to keep the toilet accessible and therefore ended up peeing in the sink for a month." This disturbing confession was enough to scare her away for good. "It was an immediate turn off." Melanie says that she still has no idea why he would think it’s appropriate to tell her something like this, adding: "It showed a huge lapse in judgment, and that’s not to be ignored."

Melanie says that when a guy shares intimate details about himself or an ex-girlfriend on the first date, she now considers this a huge deal-breaker. "The fact that he’d think it’s OK to tell someone these things after just meeting the makes you wonder what larger bad judgments he’d be capable of."

At the end of the day, people will show you who they are. It’s up to you to pay attention and listen. Learning to spot these warnings signs early on will help alleviate pain and heartache in the long run. When it comes to the pressure to couple up, Lockwood suggests that you need to find a way of dealing with it so that you don’t make bad decisions. He adds: "It’s better to be alone than poorly accompanied."

*Names have been changed.