So you bailed on the gym, your budget and, well, pretty much all of last year’s goals. Kelly Oxford reflects on how to get it right in 2018. 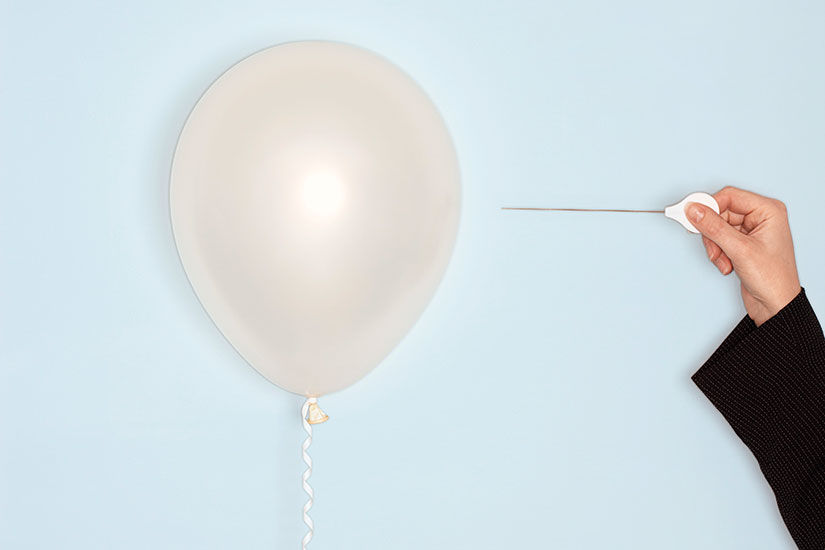 2017 came at me — at all of us, really — like a crazy mood swing. Politically: A former reality-TV host and bankrupt-casino owner became the leader of the free world, creating a political climate so haywire that even we Canadians felt the sting of it during our news broadcasts and on Twitter. Russian bots? Of course. A wall? Sure! Alternative facts? Okay…. Then, personally: I found myself a single parent to three children — a 16-year-old, a 14-year-old and a nine-year-old — after my marriage of 18 years dissolved at the end of 2016.

As someone with an anxiety disorder, I know that chaos is best remedied with order. So, at the start of the year, I thought maybe I should plan ahead and become the goals person I knew I had hibernating deep down inside of me. It was sheer self-preservation. You know, in case nuclear war breaks out. In case I can’t get my kids to three different schools before 9 a.m. In case I end up driving myself into the Pacific while listening to Fleetwood Mac’s “Everywhere.”

I started small: Learn to be less stressed out. (Ha!) I wrote it all down to make it more legit and concrete but mostly so I wouldn’t forget. 1. Get rid of TV: No TV equals no wasting my energy on the depressing and useless 24-hour news cycle. 2. Meditate more: Transcendental Meditation twice a day. It’s the best way to clear the head and recharge versus barrelling through life without pausing to take it all in. Which is like the difference between eating your burrito over the garbage can and setting yourself a nice place at the table. 3. Create meal plans: My kids have totally opposing palates— my oldest is off cheese and my youngest eats only cheese. I needed to get my grocery list on lock. Owning these three things would make me feel less edgy, I thought.

Spoiler alert: I failed. I quit meditating by the end of that month. I think I meal planned twice—it made me feel like my entire life revolved around dinner. And by May, I discovered Hulu and signed up immediately.

I can’t be the only one. I bet you’re sitting there thinking of all the grand plans you made last year. Was that when you thought you’d get your debt in check? Get up at 5:30 a.m. and make it to the gym before work each day? Formally protest those giant eyelashes people put on the headlights of their cars? Host Sunday dinners with friends instead of lying on the couch and watching reruns of Friends? I’m not ready to give up, though. And you shouldn’t either. Sure, we’ve procrastinated and lost sight of the big picture. But you can pick it back up anytime — even today — and start 2018 as a star. I recently read the memoir It’s Messy by Amanda de Cadenet, feminist, child bride and TV host. It reminded me that anything can change at any time and that we have the power to make things the way we want them to be. We must reward ourselves and feel a sense of completion in order to function happily. Perhaps my goals were just too monastic. Perhaps I should have demanded of myself that I master making croissants or finally learn how to dive off my diving board without looking like an idiot.

So, this January, I plan on starting fresh. Maybe I’ll meal prep in my fave kimono, dancing in the kitchen to Stevie Nicks. Or maybe this is the month I gift myself a few minutes of meditation each day instead of doing David Lynch’s 40­-minute Transcendental Meditation plan. And I hope you’ll be there with me. Or, at least, maybe this month you’ll read something that reminds you that you aren’t alone and you can always turn things around for yourself — no time constraints. Maybe this is the article to help you do just that.