How to negotiate a higher salary

Key tips to help you get the raise you deserve. 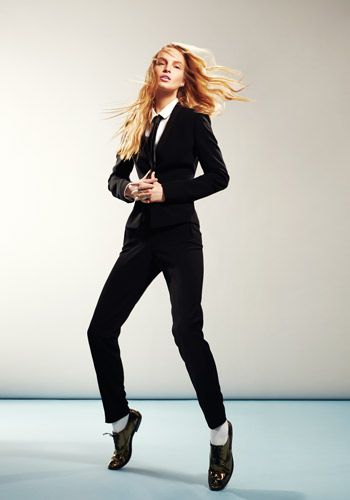 The stat is so appalling, it’s almost hard to believe: In Canada, women only make 73.5 cents on the dollar compared to men. Even high-powered movie stars have fallen victim to the wage gap: Jennifer Lawrence was famously paid less than her male colleagues for her Oscar-nominated turn in American Hustle. (When asked why, studio head Amy Pascal implied that Lawrence simply didn’t negotiate.) That story has a happy ending, though: The starlet wangled $20 million for her role in the upcoming film Passengers opposite Chris Pratt, who will be making $12 million. Take your cues from J. Law with these strategies to take salary discussions to a whole new level.

KNOW YOUR WORTH.
In order to attain pay parity, it’s important to know what others are raking in. Pittsburgh-based software designer Lauren Voswinkel started the hashtag #talkpay on Twitter to draw attention to salary inequality in the tech world.

The hashtag, which started trending on May 1, 2015 (International Workers’ Day) and is still being used today, encourages people to share their experiences, job titles and annual salaries – with the hope that transparency will help women negotiate more effectively and destroy the false notions around discussing pay: namely, that it’s rude or even illegal. (It’s not.) The hashtag has garnered thousands of responses (see below) in addition to significant media coverage.

But #talkpay isn’t the only way to check out what your peers are making. Websites like Salary Wizard Canada (salary.com), Glassdoor (glassdoor.ca) and even the Ontario government site (fin.gov.on.ca) list salaries, so you can arm yourself with as much information as possible.

TALK YOURSELF UP.
A study by Carnegie Mellon University asked male and female respondents to choose a metaphor to best describe the negotiation process. Men overwhelmingly picked “winning a ball game” while women chose “going to the dentist.” Practise positive self-talk before entering a meeting with your hiring manager.

For example, say to yourself: “I am good at what I do and deserve to be compensated fairly.” “Be bold and assertive, and believe in your own self-worth,” says Stacia Pierce, a Florida-based life coach and author of Inspired to Succeed. “People will take you ser­iously and respond accordingly.

POWER POSE BEFORE THE MEETING.
According to social psych­ologist Amy Cuddy, posture has a major impact on how we feel. She advises trying these power poses for a few minutes ahead of the big talk: 1. The Wonder Woman: Place your hands on both hips, like you’re surveying the city for bad guys. 2. The Tall and Proud: Throw your arms in the air in a V shape and lift your chin – as though you just placed first in an Olympic race.

Cuddy’s research has found that holding these positions for two minutes impacts body chemistry by increasing tes­tosterone (the “dominance” hormone) and decreasing cortisol levels (which allows you to better withstand stressful situations).

DON’T ACCEPT THE FIRST OFFER.
“The biggest mistake people make [during salary discussions] is to think the first offer is good enough,” says Pierce. “The manager usually has a budget with a cap and a low offer. The offers come in around the middle to leave room for negotiations if the initial offer is challenged.”

Pierce also advises against giving a salary range. “Most people box themselves in by pricing themselves too low. Wait for the employer to make an offer and then do your research and know what the position pays before making a counter-offer.”