How to be happy: Is going with your gut instinct the best relationship advice?

New research shows that how you make decisions has a lifelong impact on your health and personal and professional relationships. How to be happy? Go with your gut. 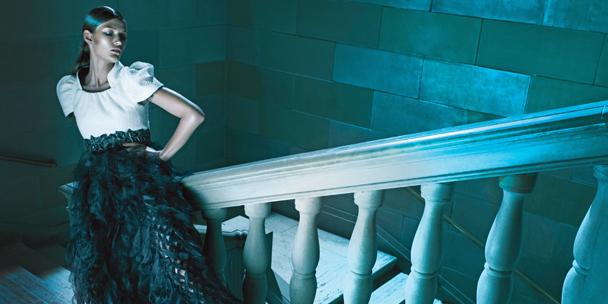 In every aspect of our lives, we know that indecisiveness seems unattractive while decisiveness seems confident and sexy. And new research supports exactly that theory: the distinct ways each of us makes decisions greatly impacts the nature of our
personal and professional relationships. From over-analyzing a potential mate’s online history before agreeing to date him, to agonizing about whether you should take that new job opportunity, the way you make decisions can affect your long term health and happiness.

According to a new study conducted at Florida State University, and published in the
Journal of Personality and Individual Differences, those individuals who hem and haw about a decision and second-guess themselves are unhappier and discontented. The study’s relationship advice: trust your gut instinct and you’ll be happier. Here’s a further look at their findings, and
how to be happy about your decision making in your personal and professional life.

1. Relationship advice for the indecisive (aka the “maximizers”)

One of the researchers who conducted the study, Joyce Ehrlinger, has long been fascinated with individuals identified among psychologists as “maximizers.” Maximizers tend to obsess over minute details of decisions — big or small — and then fret about their choices later. When you question whether you want to go on a second date, or worry about potential ‘what if’ situations that might occur, no matter what your decision is, this study suggests that the “maximizer” will fret about the decision after the fact regardless of the outcome. They will constantly wonder if they made the right decision.

2. Relationship advice for the executive decision makers (aka the satisficers)

“Satisficers” on the other hand, are known as people who trust their gut – who make a decision and live with it, no matter what the result is. The mindset is “I’ll go on the date, put my best foot forward and if it doesn’t go well, I’ll learn from it or just have a great story to tell.” By framing things in a positive light, there is no regret afterward.

More findings on how to be happy and the relationship advice that could improve your overall health, on the next page…

3. What does commitment have to do with it?

The study found that since the maximizers expend so much effort making their decision that ultimately undermines their commitment to their final choices. As a result, the authors argue: “Maximizers miss out on the psychological benefits of
commitment,” leaving them less satisfied than their more contented counterparts, the satisficers. So, instead of seeing a date as being “locked into something,” the maximizer realizes they can get out of it at any point and are in control. Think of it as “grass is always greener” syndrome.

“Even after considerable deliberation before choosing a mate, a new job, or a house, a high-level maximizer may still feel unhappy, even depressed, with his or her final decision, Ehrlinger and her co-authors write. “Feelings about which option is best can always change in the face of new information. Maximizers might be unable to fully embrace a choice because they cannot be absolutely certain they chose the best possible option.”

The good news is that awareness is the first step towards change. It’s important to trust your gut when making decisions instead of trying to identify the ‘right’ choice. “High-level maximizers certainly cause themselves a lot of grief,” says Ehrlinger. If maximizers can learn to weigh their decision, but not get hung up on making it, they will be a lot happier in the long run, the study confirms.

What do you think? Do you always trust your gut when it comes to romance and big life choices? Or do you deliberate it to death?

Read more:
Relationship advice: The key to happiness
The science behind falling in love
Why emotional and physical space is a good thing