Why keeping the details of relationship quiet is necessary. 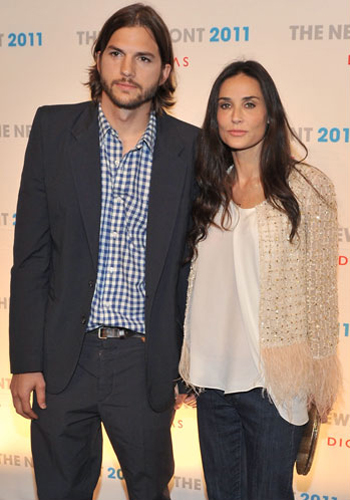 There are two types of celebrity unions: the eye rollers, where you know it’s doomed from the start (hello Kim Kardashian and Kris Humphries!) and the Hollywood fairytales, where you genuinely root for a couple to succeed. Heidi Klum and Seal, Russell Brand and Katy Perry, Demi and Ashton—even Will and Jada (ok, they aren’t divorced yet but gossips are predicting that announcement any day now) are Hollywood golden couples that I loved to love. But if there’s one thing all these stars have in common (besides a paparazzi entourage and millions of dollars) it’s that they are famous for oversharing the details of their marriages and bragging about their passionate sex lives. If there’s anything we can learn from Hollywood power couples, maybe it’s that the marker of a solid relationship is one in which the details stay private.

Name: Heidi Klum and Seal
Why we were rooting for them: Seal and Klum first got together when the model was pregnant with Leni, her ex-boyfriends child.
Overshare moment: Klum told Oprah “I met him in a hotel lobby in New York City and he came in just from the gym and I was sitting there and I was, like, wow,” she said of her then-husband, who was wearing bicycle shorts. “I pretty much saw everything. The whole package.” TMI alert! Also, the pair famously renewed their vows every year in elaborate themed ceremonies.
Divorce: 2012

Name: Demi Moore and Ashton Kutcher
Why we were rooting for them: Even though it’s normal in Hollywood for an older man to date a much younger woman, there’s still a stigma attached to older women dating younger dudes.
Overshare moment: Well, there was Demi’s famous Twitter handle @mrskutcher and then the time that Ashton tweeted: "When she says time for bed, hop to, good things await."
Divorce: 2011

See more doomed celebrity unions on the next page…

Name: Will Smith and Jada Pinkett-Smith
Why we were rooting for them: Who doesn’t love the Fresh Prince of Bel-Air?
Overshare moment: Too many to count. How about this nauseating 2010 interview with Shape where Pinkett said “In a limo, on the way to the Academy Awards this year, Will started looking at me in this way that drives me wild. We started kissing passionately, and the next thing I knew, well, let’s just say we missed the red carpet and I ended up with almost no makeup on.” That poor limo driver!
Divorce: Imminent, according to well-placed Hollywood sources. It probably doesn’t help that both Will and Jada have dodged rumours of homosexuality for years.

Name: Katy Perry and Russell Brand
Why we were rooting for them: They didn’t sell their wedding pictures to the tabloids. If that’s not love, I don’t know what is.
Overshare moment: There was the time that the couple announced that they we’re abstaining from sex until their upcoming wedding, and Katy overlayed images of Russell onto her nails for the MTV Video Music Awards one year.
Divorce: 2012