How Hollywood has helped lift the shame surrounding infertility—and what needs to be done next. 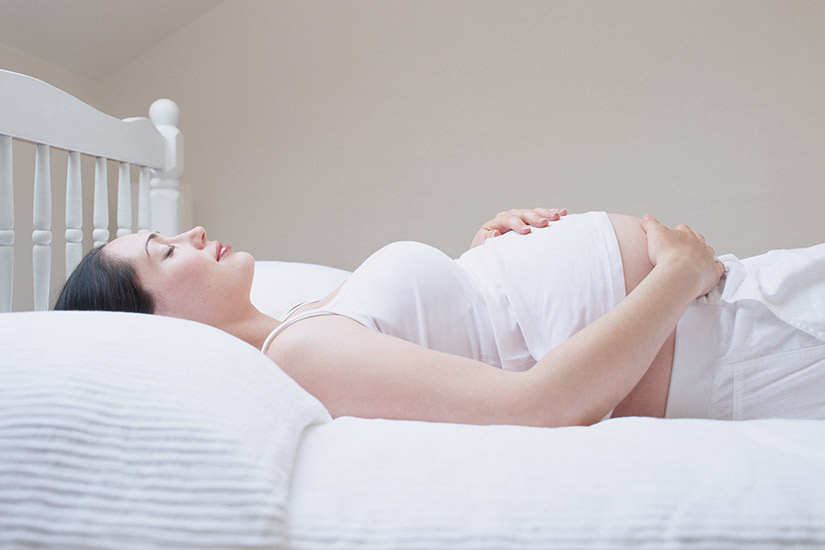 When I decided to go public with my infertility in 2013, it wasn’t a doctor or therapist who showed me the way; it was Beyoncé. At the time, infertility was something few women discussed openly, and the secrecy that shrouded it had left me feeling walled off and alone. Then I watched the HBO documentary Beyoncé: Life Is But a Dream, in which Bey reveals she lost her first pregnancy. “Literally the week before, I went to the doctor and everything was fine,” she said. “But then I got there and…no heartbeat.” Rumours had surrounded the pop star’s fertility issues for years (many speculated that Blue Ivy had been carried by a surrogate), so her sudden forthrightness was surprising—and inspiring. I found myself using Beyoncé’s miscarriage as an opening to discuss my own. The idea that my experience was not only common but so common that it was shared by the most famous woman on the planet didn’t make me happier, but it lifted my haze of shame just enough for me to see my path back into the world.

In five short years, the taboo of talking openly about infertility has been lifted, thanks in large part to celebrities from Gabrielle Union to Leandra Medine to Tyra Banks publicly disclosing their inability to conceive. Keeping Up With the Kardashians viewers have become as familiar with Kim’s placenta accreta (a condition that required her to have fertility treatments and hysteroscopy procedures prior to her second pregnancy) as they are with her Balmain wardrobe. (Her third child was carried by a surrogate.) Model Chrissy Teigen, who struggled with infertility for years prior to welcoming daughter Luna via IVF with husband John Legend in 2016 (and has since revealed she’s pregnant with her second child, also via IVF), was so frustrated with people asking her when she was going to have kids that she spoke out about it on the talk show FABLife, which gave rise to the hashtag #stopasking. And if Beyoncé’s miscarriage seemed surprising in 2013, it sure doesn’t now: Her and Jay Z’s infertility was a prominent theme in 4:44. (“I still mourn this death / I apologize for all the stillborns,” Jay raps.)

That openness has rippled beyond the celebrity class. Memoirs such as Maggie Nelson’s The Argonauts and Belle Boggs’ The Art of Waiting, which chronicle the authors’ experiences with IVF, have been critically acclaimed, while anonymous infertility blogs and forums are being replaced by a new wave of “infertile social media” (#infertility has over 400,000 posts on Instagram). Last fall, CBC aired a Web series about a couple struggling to conceive called How to Buy a Baby. Pregnantish, a sleek lifestyle-oriented website that covers in­fertility for the urban-professional crowd, launched in 2016. With advice on topics like how to tell your boss you’re going through IVF and dedicated sections for both LGBTQ readers and single parents, the site makes infertility seem if not hip then at least normal, something that could happen to any together-ish modern woman.

It’s no secret that the demand for treatment is booming: Economic shifts (the increasingly competitive job market, degree inflation and rising house prices) have led many women, especially in larger cities, to delay starting families until after age 35, the point at which female fertility begins a rapid decline. A global decrease in male sperm rates (experts are unsure of the cause, although environmental factors may be at play) has also contributed to an increased number of patients seeking treatment in this $4-billion industry. Dara Roth Edney, a reproductive counsellor in Toronto, says the “visible increase” of alternate family types has also helped to destigmatize infertility. “Two men or two women obviously cannot have children without assistance,” she says. As many use a sperm or egg donor or a surrogate, “the fact of their fertility treatments is already out in the open.” Add to that our increasingly confessional, privacy-lite culture and there is less and less incentive to keep this very personal struggle under wraps.

Dr. Richard Marrs, a co-founder of California Fertility Partners in L.A. (the IVF clinic of choice for many celebs—Elton John and Katie Holmes are rumoured patients), has been heartened by this shift. “When I started doing IVF in the 1970s, patients were very secretive,” he says. “Now people in the waiting room talk to each other; they tell their friends.” However, he says, there’s a downside to such openness, especially when we rely on celebrities’ accounts. Sure, patients will cop to IVF, but technologies such as egg donation, surrogacy and gender selection remain stigmatized. (Teigen came under fire when she disclosed that she and Legend had selected the sex of her embryos before they were transferred to her uterus.) And while many of Marrs’ high-profile patients will publicize their struggles, others require the clinic to sign non-disclosure forms. As such, Marrs says, “the public is getting an incomplete picture of what is going on, and it can produce unrealistic standards.” While many over-40 celebrities will publicize their “miracle IVF pregnancies,” he says, few will disclose that they used donor eggs. “Then the next patient will come in and say ‘Well, so-and-so had twins at 45! How did she do it?’”

Also hidden in the breathless celebrity accounts: the celebrity-level expense. The average cost of an IVF cycle in Canada is $15,000—a drop in the bucket for the Kim Ks of the world but often a stretch for the rest of us. Though Silicon Valley employers including Google, Facebook and Spotify have all made headlines for introducing coverage for fertility treatments, many private employers are just starting to perk up to the issue. Ontario is the only province to offer funding for one full IVF cycle for patients under 43—minus the cost of medication for egg retrieval and embryo transfers, which can run up to $6,000. Programsto defray the costs are popping up: The 2017 federal budget included a 15 percent tax break for fertility treatments (grandfathered for procedures dating back to 2007), while Calgary opened the country’s first low-cost fertility clinic in 2016.

We also need to remember that while coming out about infertility to friends and family can help with feelings of isolation, not everyone will get it. “People can say hurtful things without necessarily meaning harm,” says Roth Edney. Persistent among them: the assumption that women in their late 30s or early 40s using technology to conceive delayed child-bearing for career (read “selfish”) reasons. A common accusation is that we “want to have it all,” a criticism that implies that childlessness is a price we pay for professional ambition. This judgment cuts hard for many infertile women, who have seen up close how social and economic changes have in fact limited our choices for both career and family compared to the previous generation of working women. “Plus, no one would ever suggest to a man that he waited too long to have children because he was obsessed with his career,” says Roth Edney.

However imperfectly celebrities are framing their fertility struggles, it’s clear that there is a net-positive effect on culture at large, one that fits in with society’s shift toward a body-positive, out­spoken feminism. In much the same way that the new conversations around sexual assault and abortion have helped to pull the curtain back on these formerly taboo topics, influencers coming out about their infertility reduces stigma and sets the tone for women to advocate for their own reproductive health. Equally as important: The new conversations around infertility let people know that other women are struggling but also that they are surviving, as I learned watching Beyoncé back in 2013. “So many people go through this,” she told Oprah Winfrey. “There is hope.”