Can being a guy's girl lead to problems in your relationship?

A new study reveals that cozying up to your boyfriend’s pals could put a damper on your sex life and your relationship. 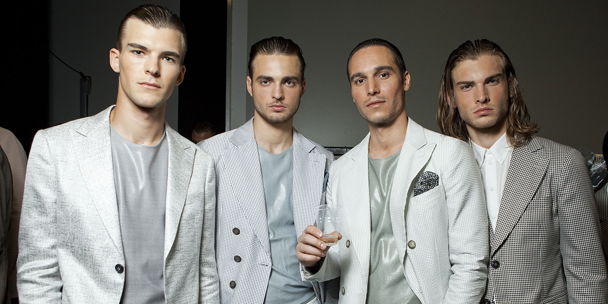 A new joint study from the Cornell University and the University of Chicago has proven that the stronger your relationship with your man’s posse, the greater the chance of him experiencing difficulty achieving orgasm during sex. Whether he considers himself traditional or not, his ability to get or maintain an erection is directly linked to whether or not he feels his masculinity is being undermined by your relationship with his friends.

Getting in good with a new guy’s friends is a high priority in the
early days of a relationship. It’s the school of thought that the closer he is to his friends, the more important their opinion is to him. So, if you can get his buds on board, you have an instant built-in cheering section on your side who will be boosting your popularity points with Mr Right at every guy’s night out and dudes-only poker night.

To this end, we find ourselves going to great lengths to make a great first (and second, and third) impression and win over his bros. Whether that means pretending to enjoy micro-brewed beers, terrible live bands and bars with jerseys on the walls and peanut shells thrown on the floor, or feigning interest in any outdoor sporting event despite the wind chill, often we’ll do what it takes to secure the coveted thumbs-up from his closest confidants.

Now, this study contradicts those gal-pal instincts. Researchers revealed that all that time spent memorizing whose ridiculous nickname belongs to whom (T-bone? Skip? Stewie?), and laughing at every rambling, unfunny story about who was more drunk that time in college, might actually work against us ladies in the bedroom. Researchers have discovered an unexpected connection between erectile dysfunction and "partner betweenness". They actually found that the stronger the relationship between a man’s girlfriend or wife and his buddies, the more likely they are “to have trouble getting or maintaining an erection." Not only that, men were also "more likely to experience difficulty achieving orgasm during sex." How could this be?

How do men feel about this and how to avoid these problems, on the next page…

Men have feelings too

According to the results, if your guy perceives that his romantic partner is somehow getting between him and his friends, there is a greater chance that his masculinity will feel threatened, meaning less chance that anyone is getting any satisfaction when the lights go out and it’s just the two of you. Turns out, guys have feelings too, and the ones that he needs to perform when it counts are all hung up on traditional ideas of what is ‘masculine’.

Authors of the study Professors of Sociology Benjamin Cornwell, (Cornell) and Edward Laumann, (University of Chicago), do agree that to provide a good, supportive base for any relationship, it is beneficial for couples to have some friends in common. Sharing friends grows that necessary sense of “couplehood.” But, beware of behaviour which you might not even realize is undermining your
sensitive guy‘s feelings of autonomy and privacy.

So what’s the solution?

Try to tread lightly. Your boyfriend or husband may say that he doesn’t mind that you corrected him in front of the whole gang on his embarrassing interpretation of those obvious song lyrics, and maybe he acts like it’s ok that you re-connected the jumper cables on his car because he had his “ ” and “-“ ends mixed up. However, somewhere deep down (whether he can even acknowledge it to himself), these repeated blows to his macho façade could be chipping away at your sex life. And no amount of being right is worth that, right?

Relationship advice: Is having a “work boyfriend” harmless or hurtful?

Can you be too busy for love?
The science behind falling in love