5 strange dating rituals from around the world

If you thought dating these days was daunting, wait till you hear about the strange and downright bizarre courting rituals from around the globe. 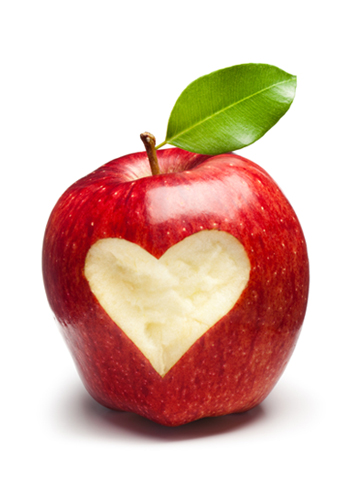 Is chivalry dead? Some may argue that it isn’t, but unlike those courtly, already-tuxedoed penguins, females these days don’t receive perfectly polished pebbles from forward males. Instead,
dating has evolved (or de-volved) into its most simple form. Our most common courting rituals primarily take place once a year: Valentine’s Day. And let’s be honest, even that has lost its flair— its creativity. To see how everyone is getting creative with their love lives, we’ve searched the nooks and crannies of the globe to uncover the strangest (and just plain odd) courting rituals from past and present.

It’s widely believed that food is the way into a man’s heart. Austrian women, taking this proverb literally, would perform a traditional dance with slices of apples wedged in their armpits. At the end of the number, each woman would present a sweat-soaked slice to the man they adored. If he liked what he saw, the lucky male would devour the, um, forbidden fruit.

All is fair in love and Warcraft

Online dating, which has drawn in a huge market of singles in recent years, has become the prime spot for this generation’s lonely-hearted individuals to find love IRL. But if you’re looking to
meet your perfect match on the web, you may be hitting up the wrong hot spots. A small study compiled stats from matchmaking websites to show that gamers enthralled in the universe of World of Warcraft were more successful at finding a significant other than popular dating sites. Say what? If you think about it, it isn’t all that surprising. WoW hosts upwards of 12 million users compared to the meager 1 million users signed up at eHarmony. Gamers play online for hours, an infinitely longer period of time than those individuals scrolling through matchmaker profiles. Gamers log in almost 30 hours a month whereas online daters spend a mere hour and half on the web per month. Turns out all those singles playing games do eventually find love.

I
f you think that’s bizarre, find out what they do in Malaysia, on to the next page…

“Free man” with shoe purchase. Yes, you read that right. Malaysian shoe store Shoes Shoes Shoes has teamed up with a dating company to help female shoe-lovers to find the perfect man. How does this two-for-one deal work? Shoe-savvy males sign up for the dating site and select from 20
high-heel designs they would like to see their prospective date wearing and offer to pay anywhere from 10-100 per cent for the set. Women then come into the matchmaking footwear store and pick out their favourite well-heeled pair. She can then go online to scope out her corresponding heel mate. After one date, the women can get reimbursed for her purchase. It’s a match made in shoe heaven.

In China, the Dai ethnic group holds an elaborate courting ceremony where women dressed in billowy skirts sit around a bonfire with spinning wheels resting in front of them as men cloaked in red blankets serenade them with their choice of musical instrument. If she likes what she hears, the woman will then pull out a spool from under her skirt for him to sit on. He’ll then drape the blanket over both of their shoulders sealing their love.

Since the 17th century, Welsh singles would exchange intricately carved wooden lovespoons. The elaborate utensils were a sign of love and admiration and would take hours to carve. Men would present their spoons to the lady they desired and if she accepted it, it was a sign that she liked him back. Although this traditional courting ritual is no longer a common practice, ornate spoons are still sold and given on special occasions. Something tells us young Welsh singles prefer their spooning to be of the cuddling kind.

Is monogamy out of style?
Why dating against your type can result in a relationship
Dating and relationships: Dating dress code