12 questions to never ask your girlfriend

If you want your relationship to run smoothly, then never ask your girlfriend these questions! 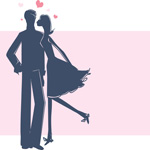 Face it, guys. Sometimes, despite even your best intentions, you say things to your girlfriend that you shouldn’t. And before you know it, she’s left feeling cold and you’re left feeling lonely — on the couch. Treading the relationship war zone is tricky; it takes clever tactics and well executed strategies to maneuver the battle into peaceful territory.

But despite the fact that our inter-planetary relations often lead to massive breakdowns in communication, there are some simple rules, which, if followed, can go a long way towards keeping warfare at bay. For now, let’s start with 12 simple questions to never ask your girlfriend.

1. Did you go shopping again?
Women shop. Let it go. And if she’s not dragging you to the mall with her, then consider yourself lucky. Besides, all that shopping for new clothes is, in part, so she can look cute for you, so be thankful. The more you harass her, the more you’re winding her up and before you know it, she’ll be belting out a verse of Destiny’s Child’s Independent Women. And you don’t want to have to sit through that. “The shoes on my feet, I bought it. The clothes I’m wearing, I bought it …” You get the picture.

2. Did you go to the gym this week?
Translation: You really need to go to the gym. While this may be true, there’s no need to ask her about her exercise plan. And harping on going to the gym is just exacerbating all of the pressures women face today. Don’t be that guy. Be supportive and motivational. Some days, join her at the gym and make it an enjoyable thing you can both share. And some days, stay home and join her on the couch with two spoons and a tub of chocolate swirl ice cream. Maybe she’ll even let you bring out the whip cream.

3. Does size really matter?
Ok, time to put out the flames on this over-publicized insecurity. For some women the answer is as simple as “yes,” but for others (read: the majority of women in relationships) it’s not the equipment that matters, rather it’s the way it performs that does. If you are in a solid relationship with your girl and you have open communication between each other than she’s going to let you know whether or not she’s satisfied … and she’ll expect the same from you.

4. Is that what you’re wearing?
She didn’t say anything when you wore your Leaf’s jersey to her best friend’s wedding rehearsal, so zip it.

5. Honey, where are my clean pants?
Find them yourself. Your girlfriend’s doing your laundry, man. Get some perspective.

6. I’m going to add my Ex as a friend on Facebook. Ok by you?
Go ahead, do it, but don’t ask us because then we’ll feel too possessive if we say ‘no.’ Ex’s do exist, we can’t change that, but some things are just better left unsaid.

6 more questions to avoid on the next page …

Find out: Are you a people pleaser?

9. Why are you so emotional?
For the most part, it’s safe to say that women comprise the more emotional half of a partnership. We’re wired differently and typically, we’re more sensitive than our male counterparts. But when we show signs of emotion, it’s because we care. Don’t be so scared by passionate displays of our feelings. We cry because we care. No one in the whole world can tick us off the way you do. Now that’s love.

11. Have you ever thought about getting implants?
By asking her this question it’s clear you’re not exactly happy with the way your girlfriend looks and that’s really hurtful to a woman. Do you really think we find hairy men sexy? We don’t. Like you, she needs to know that you love her just the way she is, whether her B-cup runneth over or not.

12. You’re not going to turn into your mother, are you?
This is bad. Never, ever criticize your woman’s mom — or any family member for that matter. Family is blood and while many of us vow to do things differently than our parents, there’s usually a part of us that admires them all the same. Always show respect toward her mother; it’ll pay off in the long run.

So, there you have it. Twelve questions, which if avoided, should help to keep you off that battlefield Pat Benatar crooned about so many years ago.