Are you thinking the guy you're dating might be more of a dud than a stud? Take a look at our signs to see if you're missing out on Mr. Right and dating Mr. Wrong. 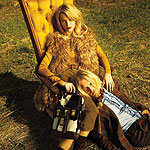 1. He is selfish
If the word compromise isn’t part of your man’s vocabulary, chances are he’s only thinking of one person — himself. So if it seems to always be his way or doing what he wants he’s likely not a keeper. “Healthy men know how to make compromises,” says Toronto-based relationship expert Rebecca Rosenblat. “They know that relationships are like bank accounts – you get what you put into them, with interest.”

2. He doesn’t appreciate you
This should be a no-brainer. The guy you’re dating should not only appreciate you but also respect you, your friends and family. A guy who shows his appreciation in various ways (whether it’s a small thank-you or more) is a keeper; one who doesn’t is not.

3. He has no desire to be successful
Does your guy spend more time playing video games and watching TV than anything else? If he’s busy doing things that don’t take his life to new places, he might be a dud. “Good men are successful in many areas, their efforts show constant growth, new opportunities, new possessions, and progression versus regression” says Rosenblat.

4. He’s disrespectful
“Being disrespectful suggests that he doesn’t value you” says Dorothy Ratusny, a Toronto-based couples therapist. “Unfortunately, if someone is disrespectful to others, they often don’t truly value themselves either.” Bottom line — if he disrespects someone else (a friend, a waiter, a cab driver) he’ll probably be disrespectful to you in the future.

5. He doesn’t show emotion
To be in a healthy relationship, both parties need to be open and honest about their relationships. If you find that you’re giving more emotionally to the relationship than he is, you’re obviously not on the same emotional level and it might be time to move on.

5 more signs he could be Mr. Wrong on the next page …

Check out our 10 signs to see if your crush is into you.

7. He doesn’t seem to have any friends
A good way to judge someone’s character is by the company they keep. Not having many friends or having friends that are rude is a sign that he’s not easy to get along with. “If they have a huge fan base amongst friends, relatives, colleagues and acquaintances it’s probably because they’re easy to get along with and know how to negotiate relationships,” explains Rosenblat.

8. You have different belief systems
You want kids, he doesn’t. It may not seem like a big deal now, but it can be in the future. “Unless one of you is willing to change your personal belief system about family values, lifestyle, relationship gender roles, value of money, having or not having children, likes animals, etc. it can cause strain in a relationship,” explains Ratusny.

9. He makes you feel bad about yourself
Why would you want to be around someone who doesn’t make you feel happy, successful and fulfilled? If he doesn’t listen to you and constantly puts you down it’s a sign of trouble. “Unhealthy men don’t care about how you really feel, draw erroneous conclusions without listening to you and take everything personally,” says Rosenblat.

10. He’s untrustworthy
“If you are unable to trust your partner, there really isn’t anyplace to go from here,” warns Ratusny. “Spending countless time and energy wondering if you can believe what he says to be truthful is an important sign that he’s not for you.”