Made in Canada: Emily Haines collaborates with Rudsak

The Metric frontwoman on designing a leather jacket with soul. 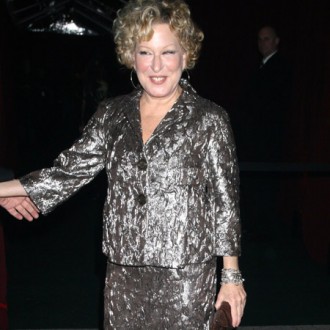 I’m in an Uber driving down Montreal’s Saint-Denis Street, on my way to meet Metric’s Emily Haines, when the band’s hit single “The Shade” comes on the radio. I inform my driver of this coincidence, but he doesn’t seem to care. Clearly, he hasn’t been a diehard fan from the moment he heard “Combat Baby” or signed up for fan-club newsletters lovingly penned by Haines herself.

When I sit down with the singer, she radiates the giddy energy of a rock star fresh off the stage. But instead of bringing a crowd of thousands to their feet, Haines has just completed her first design project: a leather jacket for Rudsak. The collaboration is a natural fit – who better than Canada’s indie-music queen to lend her vision to a brand rooted in rock ’n’ roll? Haines brought her dream jacket to life with the brand’s founder, Evik Asatoorian. The final product is top secret (to be revealed later at World MasterCard Fashion Week in Toronto), and the singer is so excited to tell me about it that she nearly spoils the surprise.

“My first leather jacket takes me back to the early days with the band, when we lived in L.A. and played the Silverlake Lounge,” says Haines, getting nostalgic. “I found it in a vintage store and then lost it somewhere on the road; this jacket is an attempt to get it back – an updated version.”

Reinventing a classic leather jacket had Haines turning to the modern woman for inspiration: “It doesn’t matter whether you’re a student, a mother or a rock star; I always see women dealing with all these purses and pockets, feeling weighed down.”

I imagine a garment built for utility – although Haines doesn’t say it outright – with countless pockets and compartments. And, when I finally get an up-close look at it at Rudsak’s spring/summer 2016 show, I’m pleased to be proven right.

When I pull open the long, sleek topper, I notice pockets of every size and shape – or lipstick, a tablet and a phone – lining the inside. In keeping with Haines’ splashy onstage style, the inside of the jacket is metallic. And, for a final touch, long leather fringe hangs down the sides. (Spend enough time watching Haines perform live and you’ll notice she has a thing for the swinging embellishment.)

Haines is, foremost, a singer-songwriter, and the words she used to describe her creation during our chat that day were as lyrically poignant as any of her band’s albums. She called the jacket “soft armour,” adding, “If you’re a bit subversive, there is just something about throwing on a leather jacket that reasserts your identity; it says ‘I’m here.’”

The limited-edition Emily Haines for Rudsak leather jacket is out in March at select Rudsak stores ($1,295, rudsak.com).