Amp up your fashion knowledge this weekend with these must-watch under-the-radar docs. 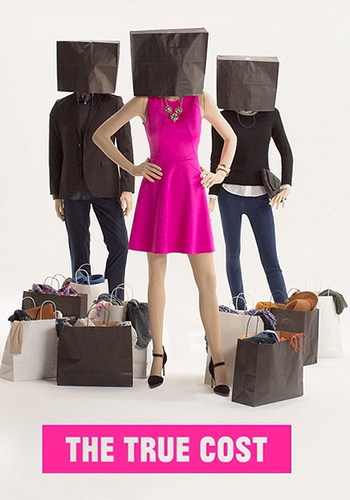 Fashion history is full of captivating moments. That’s why so many directors have tried to capture the stories behind the industry on film. We’ve compiled a list of our favourite lesser-known fashion flicks you’ve GOT to watch this weekend. (You’re welcome!).

Director Andrew Morgan pulls back the curtain on the moral implications of cheaply made clothing. In 2013, garment workers began striking in Cambodia for livable wages where five workers were killed; Morgan addresses the violence and danger that fashion can have on human lives.

Watch The True Cost, which is available to download (for $9) here.

J. Crew and the Man Who Dressed America
This 2012 documentary film picks the brain of CEO Milliard Drexler (also called the King of Retail) on how he made J. Crew such a success story, and in the process gives audiences a glimpse into the marketing side of fashion retail.

Fresh Dressed
Released in 2014 by director Sacha Jenkins, Fresh Dressed explores the world of hip-hop urban fashion from the streets to the runway. Interviews with André Leon Talley, Kanye West, Pharrell Williams and Sean “Puffy” Combs chronicle the history of fashion in order to address where hip-hop stands.

About Face: Supermodels Then and Now
HBO’s About Face: Supermodels Then and Now looks at how beauty and age are seen in the fashion industry through the voices of the most famous models in the industry, like Isabella Rossellini and Christie Brinkley. Directed by portrait photographer Timothy Greenfield-Sanders, the film outlines just how much has changed over the years.

Watch About Face: Supermodels Then and Now, which is available to download (for $19.99) here.

READ MORE:
The body image documentary that will change how you view plus-size modelling
ELLE Canada editors reveal their fashion firsts
Want to have the best style on your honeymoon? Here’s what to wear