"I use the collection as a catalyst for figuring out my identity." 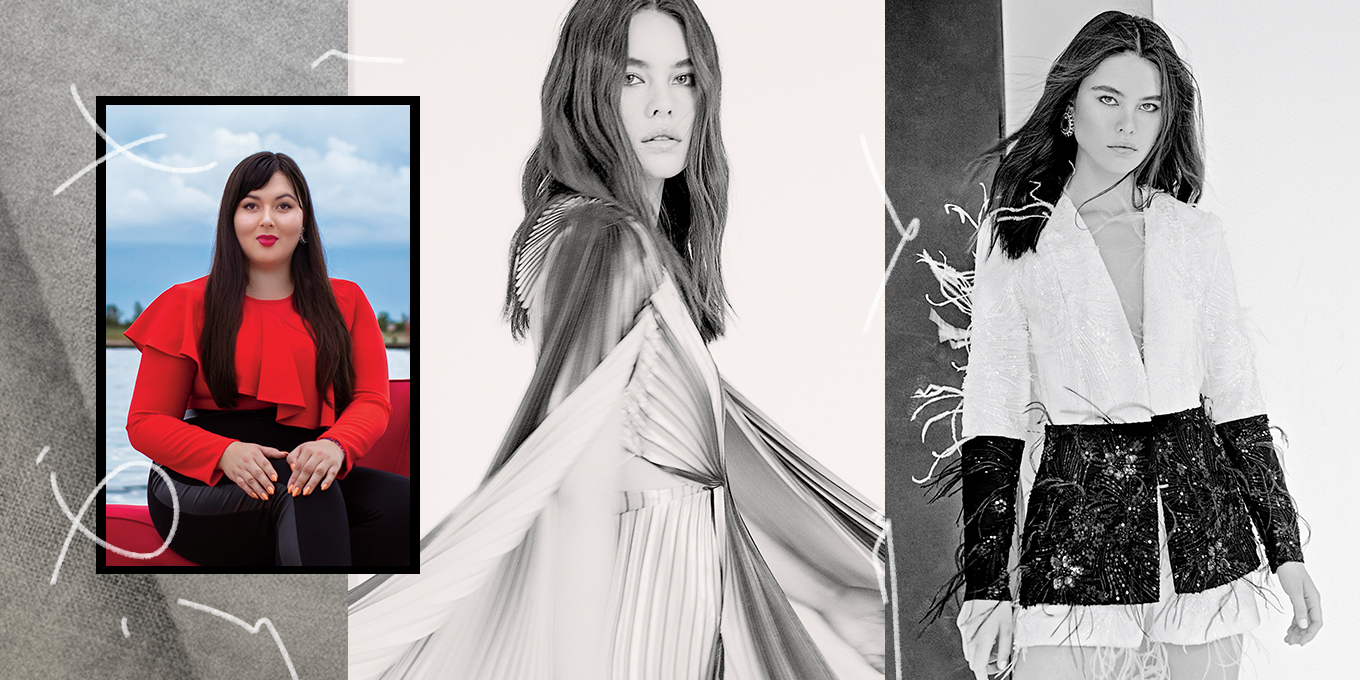 Having launched her eponymous label when she was just 22 – she created her debut collection during her first semester of fashion school – Lesley Hampton is now on her way to becoming a household name. The designer credits her upbringing as a self-described “third-culture kid” (she attended school in Australia and England) and her Anishinaabe and Mohawk heritage with shaping her work. The powerful messaging behind Hampton’s designs, including Indigenous representation and mental health, has earned her a Canadian Arts & Fashion Awards nomination for the Fashion Impact Award this year.

“Earlier this year, we had a piece featured at the Golden Globes; it was worn by [television personality and reporter] Lainey Lui. When Lainey interviewed Tiffany Haddish on the red carpet, Tiffany actually ended up complimenting Lainey’s dress. It really took our business to the next level. It’s very exciting to be able to show Indigenous fashion and what it looks like in 2020.”

#IndigenousRepresentation Indigenous designed and Indigenous made gown on national television @etalkctv @ctv_pr @ctv , on a Hollywood Red carpet at the @goldenglobes ✈️💕💪🏽 @laineygossip styled by @katiektobin

“We featured Adrianne Haslet, a Boston-bombing survivor, on the runway at Vancouver Fashion Week. She’s an amputee and wore a dress that featured her prosthesis. The reaction that I received from that show was very inspiring. I heard from people who didn’t think they could be a runway model or didn’t think they belonged in the fashion industry.”

“All of my concepts are related to something that has happened in my life over the past year. I started this brand when I was 22. Since that time, I’ve been doing a lot of growing up and discovering my Indigeneity. I use the collection as a catalyst for figuring out my identity. Being able to present that with beautiful garments on the runway is just a bonus.”

I Matter. You Matter. We Matter. ❤️ The Jingle Jacket is soon on its way to a new owner and through this sale, we have been able to donate a portion to @wematterorg an Indigenous youth-led and nationally registered organization dedicated to Indigenous youth support,hope and life promotion. ❤️ Thank you to the creative team who helped develop and capture this piece in order to share it with the world. #teamwork @denewanderer @_redworks @anishinaabebimishimo @michsilvmakeup @onecityblock @scottwabano #lesleyhampton

“Ever since I got into this career, I’ve been doing two collections a year plus trying to generate a successful brand. Last year, I pretty much got creatively exhausted. Giving myself more time and space away from the mainstream fashion industry is the best way for me to reboot. Travelling is a major thing for me because that’s how I grew up. That sense of escapism always refreshes my mind.”

“Entrepreneurship in itself is a major hurdle. If you can’t manage your time, you end up replying to emails at 2 a.m. It’s been a learning curve, but learning how to [practise] self-care is going to be very important for me to move forward. As well, it’s knowing that the business isn’t all [you are] and knowing what your interests are outside of fashion.”

“I want to show people the storytelling that can be involved in fashion, regardless of body size or shape. I’d love to be able to continue to showcase my work wherever possible, perhaps at more international shows. My dream would be to have my work in a fashion exhibit at the [Metropolitan Museum of Art].”