A well-known Toronto Instagrammer reveals the truth about Instagram fame

We spoke to Irving Dee, the man behind the breakout account @thebrightesthour, about photography in the age of the social media star. 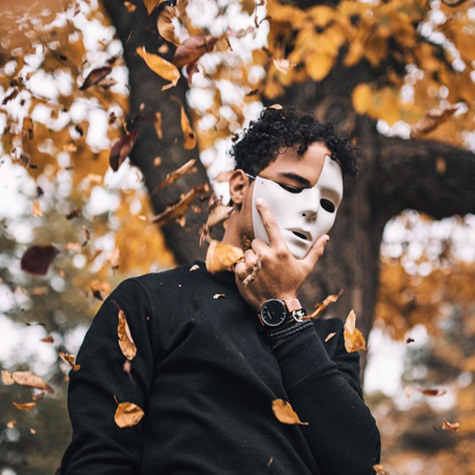 A sudden rush of adrenaline does not typically come from idly scrolling though Instagram – unless you happen upon the high-flying shots of Irving Dee, the intrepid mastermind behind @thebrightesthour. The Torontonian photog has become known for his stirring images of his hometown, and with 36.5 thousand followers and counting, it won’t be long until the rest of the world pops up in his profile. Scroll for the interview below.

Why did you call your Instagram account The Brightest Hour?
“You always hear characters say in a movie ‘the darkest hour has come.’ I thought, ‘why is it always the darkest hour? Why can’t it be the brightest hour?’ And, when I was a kid I watched a French cartoon called La Mystérieuse Cité d’Or, or The Mysterious City of Gold, and the main character was a young boy who had the power to bring out the sun whenever he needed it, so that fit perfectly with ‘The Brightest Hour.’”

When did you start taking photos?
“I was 17 when I started. I had an obsession with faces and the surreal, I used to do a lot of trick photography, making people levitate, ghosting clothes. I only got into shooting the city a lot later when I joined Instagram.”

What made you start to post your work on Instagram?
“I just wanted to see how it would go. I never thought it was going to be as huge as it is now. I just thought, ‘what if some people thought my stuff was cool?’”

What’s your take on the concept of Instagram fame?
“It’s very interesting, that’s for sure. It’s real and not at the same time. It can definitely give people a false sense of reality. Everything seems bigger on Instagram. At the same time, there are big opportunities that can come from it, like getting to work with Saks Fifth Avenue. I don’t want people to think that Instagram fame is the key to everything. You still have to work hard and be yourself. The quality of the product still comes over quantity of Instagram likes.”

Speaking of Instagram likes, is the most liked photo on your account also your favourite?
“Not at all! Sometimes I post something and I don’t get as many likes as I think it deserved. I think, ‘wait, why not?’”

So, what’s your favourite photo?
“There’s this one where I’m walking between two buildings in the financial district and the CN Tower is in-between with a beam of light coming through it. I feel like it’s the perfect definition of the brightest hour. You see the character, me, walking through the beam of light towards the city, my hood, and it just reminds me of that character from that TV show I was talking about who could just call out the sun whenever he wanted. It’s just like the coolest sign of hope.”

What’s your approach to taking a photo?
“Sometimes it’s about being at the right place at the right time, other times it’s an image that I’ve thought about for days, or a dream that I’ve had. My dreams are one of my biggest inspirations. A lot of people have that dream where you’re on the top of a building and you jump off and you wake up. I’ve had that dream so times, and I thought “how do I put that in a picture?” I did take that picture. I made it seem like I just jumped off a building. It just shows that inspiration can come from anywhere.”

Where do you think Instagram is headed?
“I feel like it’s going to get really oversaturated with talent at one point, and the people that are going to be able to stand out are the people that can post different things all the time, not just follow the trends.”

Any advice for someone looking to grow their Instagram presence?
“Consistency is key, but don’t get too comfortable. One trend that was huge last year on Instagram was roof-topping. People would go on rooftops and dangle their feet. It was fun, really fun, but once you’ve seen it a million times, it gets old really quickly. So the people that are going to break out of the trends or rethink them completely are the ones who will get ahead.”

Irving Dee is a part of the #SaksuTOpia campaign along with 9 fellow Toronto influencers, he teamed up with the retaier to create a video diary about living in the city his dreams. Watch it here.

READ MORE:
Why we all want to dress like the new Gucci girl
Introducing the nominees for the Canadian Arts & Fashion Awards
In conversation with a true fashion icon