As popular in ancient Egyptian times as they were in the early days of hip hop, hoop earrings have deep roots. 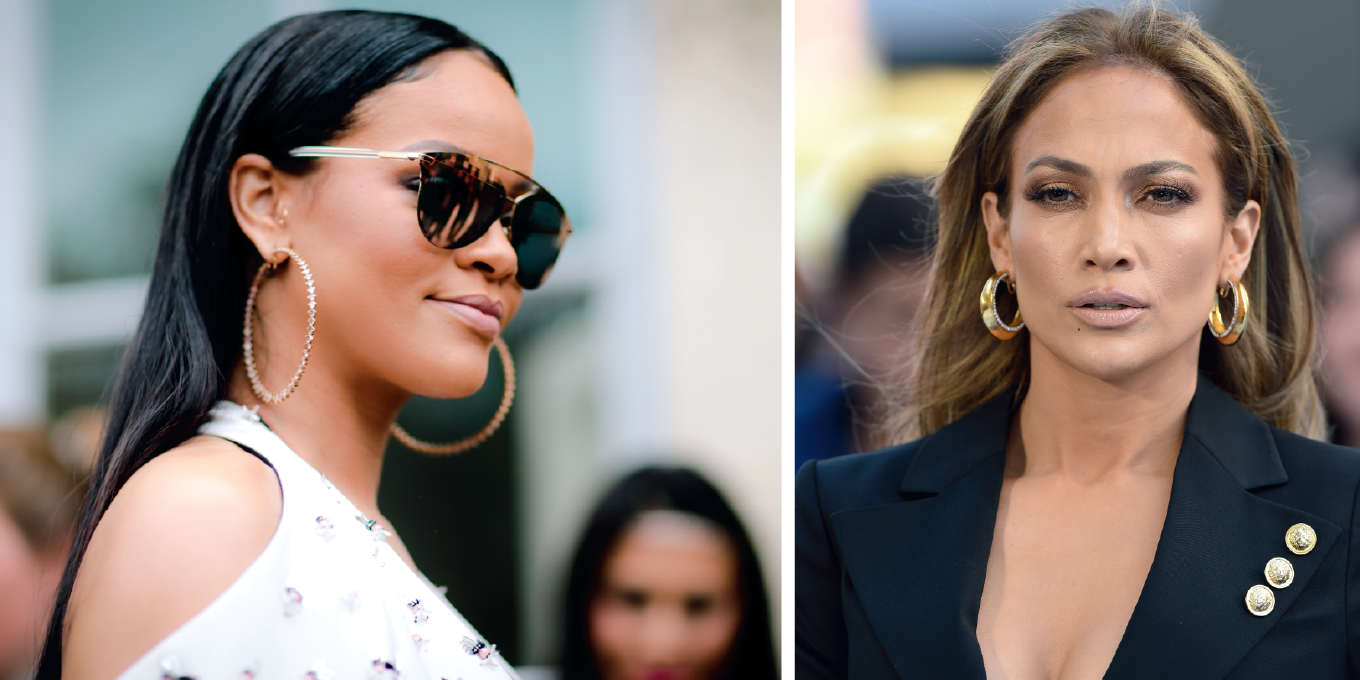 Like a crisp white t-shirt or a really good pair of jeans, hoop earrings are a wardrobe essential. They’re the ultimate everyday earring, whether you keep them small or size up. However, this piece of jewellery is also loaded with history, and navigating the origin of hoops isn’t nearly as easy as styling them.

Before they became widely known as a quotidian fashion item, hoops were a cultural emblem. For decades, Black and Latinx communities have been sporting these earrings, which were popularized by disco-scene queens like Donna Summer and Diana Ross in the ’70s and gained more ground in the ’80s and ’90s, when hip hop was transitioning from underground niche interest to omnipresent genre. In “Around the Way Girl,” LL Cool J rapped about wanting “a girl with extensions in her hair” and “bamboo earrings, at least two pair.” For Black women, this was validating, giving hoops an aspirational air within our own communities. Growing up, I seldom saw my cousins without their XXL nameplate bamboo hoops. They felt like a symbol of adulthood. By the time I was in high school, I had a supersize set of my own, so big they grazed my shoulders.

But hoops were in style—for women and men—long before they were name-dropped in rap songs. In The Chronicle of Higher Education, University of Pennsylvania professor Jonathan Zimmerman wrote that they date back to ancient Assyrian royalty. “In Nimrud, located in present-day Iraq, there’s a depiction of King Ashurnasirpal II (884-859 B.C.) wearing thick hoop earrings,” he wrote. Meanwhile, pirates sported hoops because old wives’ tales led them to believe that they could prevent drowning and keep seasickness at bay. In an essay for The New York Times, writer Sandra E. Garcia interviewed Yekaterina Barbash, associate curator of Egyptian art at the Brooklyn Museum, who attributed their origin to Nubia, a fourth-century civilization located in present-day Sudan. She noted that in Ancient Egypt, gold hoops were a gender-neutral style staple for queens and pharohs like Nefertiti, Hatshepsut, Tutankhamen and Cleopatra.

Their roots are wide-ranging, yes, but for Black and Brown communities today, hoop earrings still feel like ours—part of the aesthetic carved out by our aunties, mothers, cousins and older sisters. In Garcia’s essay, late Vogue editor-at-large André Leon Talley called hoops “a beautiful ethnic symbol.” Though they don’t belong exclusively to Black communities, they’re beacons of the Black aesthetic. “In the 1960s and 1970s, the hoop earring became associated with African beauty when Nina Simone and Angela Davis started wearing the hoops,” he said. So although Black and Latinx communities didn’t invent hoop earrings, they recontextualized them for the modern era. Wearing bold, chunky, shiny gold hoops was a way of unabashedly asserting one’s identity in a society that demanded that women of colour do the opposite and shrink themselves. So it wouldn’t be a stretch to call them emblems of resistance. 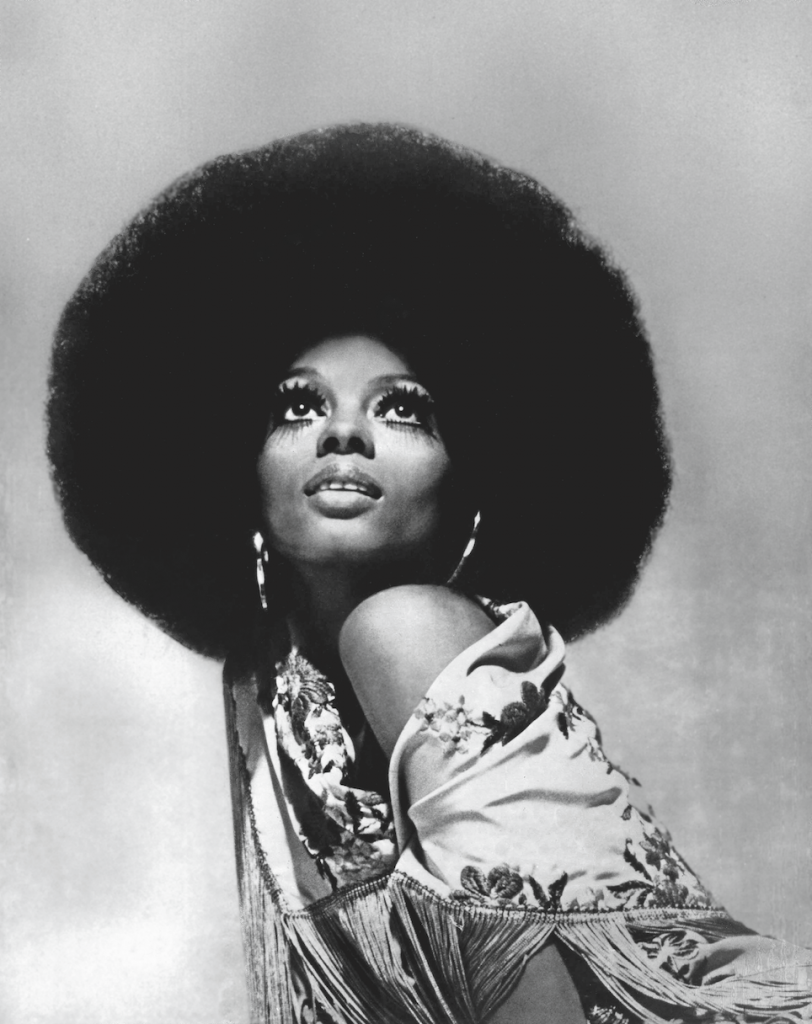 But like most trends that first emerge in non-white communities, hoops were considered déclassé long before they made their way to mainstream fashion. On old episodes of Sex and the City, you can spot Carrie Bradshaw sporting monogrammed bamboo hoops and her signature gold nameplate. But in one episode, she dismissed gold jewellery as “ghetto gold” that she wears “for fun.” This comment was the subject of a 2019 Twitter thread in which fashion historian Shelby Ivey Christie wrote, “There’s a lot of correlation between [Carrie Bradshaw’s] style and what we see in NYC today: gentrifiers, hipsters and Midwestern folk displacing Black people but adopting their swag.” This is a display, she writes, of “white girls biting Brown/Black women and Brown/Black LGBTQ culture while deeming it ’hood.’”

The widespread popularization of hoop earrings as a fashion staple became more noticeable when New York jewellery designer Jennifer Fisher’s hoops became a Hollywood essential. She launched her business in 2005 and released her Samira Hoops, a thick gold style, in 2016. “We didn’t create the hoop earring, but we happened to design one with the right look at the right time,” Fisher told Forbes in 2018. Her larger hoops have been worn by a myriad of celebrities, including Reese Witherspoon, Hailey Bieber and Emily Ratajkowski. She’s been hailed as a jewellery pioneer and an accessories arbiter, accolades that might be warranted but completely erase the Black and Latinx influence that brought hoops into the accessory zeitgeist. This issue was addressed head-on in a 2016 episode of Broad City, when Ilana Glazer’s character is called out by her roommate for wearing monogrammed hoops emblazoned with “Latina” despite the fact that she is not, in fact, Latina. “It’s almost like you are stealing the identity from people who fought hard for it against colonial structures,” her roommate, Jaime Castro, explains.

This year, fall/winter 2022/2023 runways proved that big hoops are once again on-trend, with designers like Eudon Choi, Theophilio, Colville and Alexandre Vauthier sending models down the runway sporting extra-large versions of the timeless jewellery piece. It would be fruitless to suggest that a group of people not engage with a trend, but it’s damaging to celebrate the white people making it mainstream while overlooking their muses, who are often people of colour. When I was working as a receptionist at a nail salon a few years ago, I arrived at work wearing a topknot and the biggest hoops I owned. Toward the end of my shift, a woman told me that my look was “very Khloé Kardashian.”

The answer isn’t to chide those who wear hoops but to keep those who laid the foundation for this look top of mind, even though that might be way easier said than done.

Read more:
Hot Pink Is One of This Season’s Top Fashion Trends
What Does Glamour Look Like in 2022?
The Power Suit in 10 Statement Pieces