The chicest spots to shop, dine, drink and more in London, this summer’s hottest city. 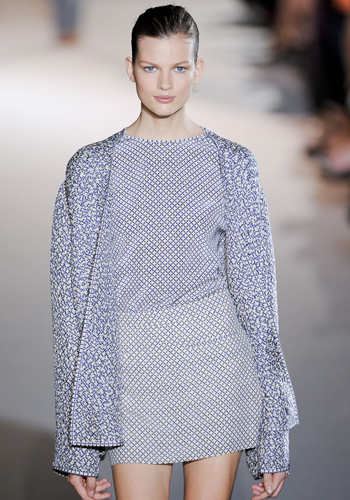 It’s Game time! With the world turning its eyes to London and thousands of Game-seekers flooding the capital to ride its double-decker buses, munch on sarnies (that’s sandwiches to those not fluent in Brit-speak), and catch a little Olympic action, here are our suggestions for the most stylish spots to see and be seen for London 2012 this summer.

Where a few months ago, even the most seasoned Londoner would have advised against shopping in Covent Garden unless it was chain stores you were seeking (think along the lines of H&M, Banana Republic and COS and you get the idea), in a matter of a week, all that has changed.

The shiny, new offerings include several noteworthy pop-ups: Chanel has opened a beauty boutique at the Market Hall (where Net-a-Porter launched its KARL window shop in the spring), peddling its full makeup and fragrance range until December, while Opening Ceremony’s temporary bi-level shop on King (one street over from its eventual permanent location, which will open mid-August) has everything from the new Topshop for OC and Adidas Originals x OC collaborations to an entire Chloë Sevigny for OC retrospective.

Last but not least, H&M has opened a sportwear concept shop in St. Martins Courtyard (there’s a second at Westfield Stratford, adjacent to the Olympic Stadium), specializing in—you guessed it—sportswear, including a limited edition range of London 2012 red, blue, and whitulae items.

Nearly every British designer is (understandably) cheaper to buy than in Canada, so be sure to stock up, if you can, on new season goodies by Mary Katrantzou, Christopher Kane, Peter Pilotto, Jonathan Saunders, Mulberry, and Stella McCartney. Be sure to also check out Topshop, which recently launched its latest collaboration with London-based designer Ashish, as well as slightly lesser-known, equally collectible English brands such as Sophie Hulme, JW Anderson, Orlebar Brown, and Camilla Skovgaard.

Starting your days off right in London is easy: this is, after all, the land of English breakfast tea and the full English breakfast. Morning dining is perhaps easiest in Soho, with a plethora of excellent choices: The Breakfast Club (which has three other locations located farther east) is a casual but tasty institution, while the Dean Street Townhouse, part of the ever-growing Soho House Group, is a favourite among fashion editors and PR people.

For lunch, head to Baozi Inn , a cheap-and-cheerful, Michelin-recommended Chinatown favourite that serves up authentic Chinese fare. The décor may be slightly over the top, with its red, Communist propaganda posters (the Chinese music playing in the background also doesn’t help), but at least there are no intimidating waiters barking at you in Cantonese, impatiently waiting for you to order.

Finally, refuel for the evening at The Providores in also-central-but-less-hectic Marylebone. Noted for both its weekend brunch (which has a Spanish / Mediterranean feel) and dinner offerings, an extensive New Zealand wine list and super-

eclectic fusion food menu (seriously, there’s laksa, onion bahji, and smoked Dutch eel, all on the same menu) mean there’s something for even the pickiest of eaters.

Alternatively, if you’re in Mayfair, head to the original Burger & Lobster (there’s also a newer location on Dean Street, in Soho) for, yep, burger, lobster—or a lobster roll. Sure, they serve Canadian lobster (cooked steamed or steamed then charcoal-grilled) that you could probably get back home, but there’s something about its pub-in-posh-clothes setting (and perhaps the well-heeled folks dining around you) that gives this restaurant its charm.

Any good ol’ English pub. Quick tip: yes, drinking is allowed on the street, so go on, bring your pint outside with you when you need a breath of fresh air! Oh, and no, you don’t need to tip if you order your drink at the bar (seriously).

20 Blazers to Kick off the School Year

Wear these trendy blazers on your next fall stroll....or Zoom class.

Dr. Martens and Marc Jacobs are back at it again. 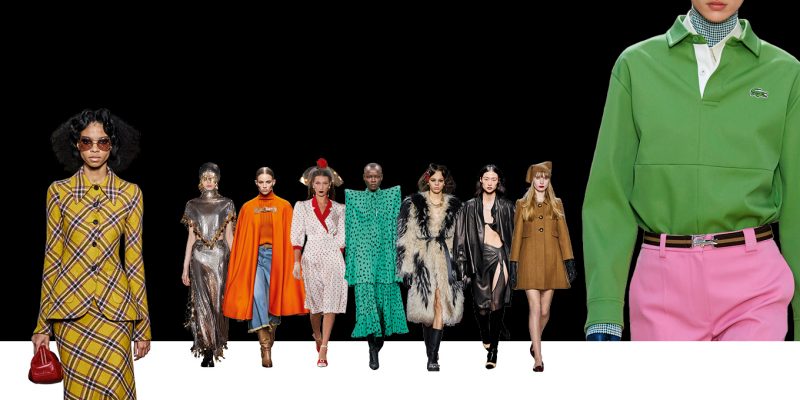 How This Influencer Agency Director Uses Her Platform for Good