British invasion: Why London is the new fashion capital of 2012

This fashionable city, and home to the Royals, is set to take the reigns as the fashion capital of 2012. We lay out what sartorial ventures London has in store for this year. 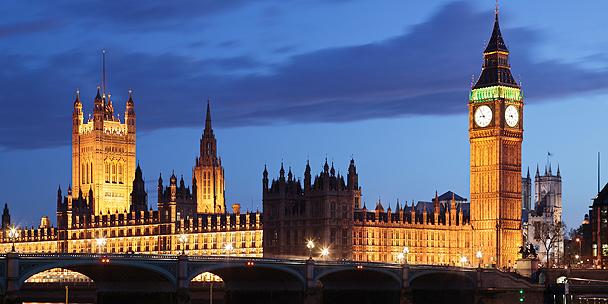 London is set for the world’s stage as the city plays host to the 2012 Summer Olympics. But as the world prepares to watch the athletes work their magic, London is also getting ready to show its more fashionable side. Queen Elizabeth is giving us a glimpse into her glamorous years, as lensed by legendary photographer Cecil Beaton. We are about to experience another British invasion with London-based fashion designers — among them, several Canadians — taking the centre stage during London 2012 festivities, with several exhibitions in the works. The name on everyone’s tongue will be Stella McCartney, who is about to steal some of Sarah Burton’s spotlight with multiple projects and launches back to back. And British style is coming to our small screens via two incredibly dapper television series, and one, well, somewhat fashionably challenged.

1. The Royals and fashion

The London Summer Olympics is a major event, but 2012 also marks Queen Elizabeth’s sixtieth year at the throne. To celebrate the Diamond Jubilee, the Victoria and Albert Museum in London will be displaying "Queen Elizabeth II by Cecil Beaton" from February 8 to April 22. The Windsors will also be revealing a $19 million revamp of Kensington Palace, with an intimate exhibition of Princess Diana’s famous frocks opening in March, including the Catherine Walker ivory dress, which she wore in the iconic
Vanity Fair photo shoot by Mario Testino in 1997. Of course, all eyes will be peeled on Kate Middleton’s sartorial choices during the celebrations.

Aside from Princess Diana’s frocks, glamorous gowns will get their own special exhibition titled “Ballgowns: British Glamour Since 1950,” on display from May 19, 2012 to January 26, 2013, featuring more than 60 designs. The show will include runway showstoppers by fashion designers Alexander McQueen and Hussein Chalayan, as well as gowns worn by British society women and celebrities. Also on display is “Britain Creates 2012,” running from June 21 to September 9. This exhibition will pair high-profile fashion designers like Sarah Burton, Christopher Bailey, Giles Deacon, Christopher Kane, Mary Katrantzou, Jonathan Saunders and Paul Smith with leading visual artists.

The Royals aren’t the only Brits with style. Find out what Canadian fashion designers, Stella McCartney, and television series are doing for London’s fashion scene, on the next page…

The Canadian fashion contingent in London is stronger than ever. Starting with Montreal-born, legend-in-the making
Erdem Moralioglu, who took the Global Fashion Award for Most Influential Womenswear Designer last October (and famously outfitted Kate Middleton on more than one occasion in 2011). We will undoubtedly see his pretty prints on countless red carpets in 2012. Also in London via Montreal are Jean Pierre Braganza and newcomer Thomas Tait, both celebrated for their streamlined construction and precise and clean tailoring. Winnipeg-born and raised Mark Fast introduced us to 3D knits last fall, so it’s anybody’s guess where this innovator will take his knits for Fall 2012.

Prepare for the 2012 Stella-thon. The designer will have an extremely busy year. Not only is McCartney in charge of Great Britain’s team uniforms for London 2012, but she will be presenting two Fall 2012 collections this spring: a “one-off” collection at London Fashion Week, and her
ready-to-wear collection at Paris Fashion Week. To add to her already busy designing schedule, McCartney will be launching a World of Stella pop-up shop at Selfridges in London, followed by the opening of her new flagship location and the first freestanding Stella Kids store, and the launch of her new fragrance, L.I.L.Y. (short for the nickname her dad Paul had for her mom: Linda, I love you).

British TV shows are bringing a much-needed dose of style to our small screens. Period drama
Downton Abbey is returning in September 2012 for its third season. The show’s Emmy winning costume designer, Susannah Buxton will be bringing us the dazzling frocks of the roaring 1920s. Slick mid-century style is elegantly featured on BBC’s
The Hour, a stylish political drama set in the 1950s, also returning in September. And let’s not forget about fashion’s favourite fictional PR professional and magazine editor duo, Eddy and Patsy of
Ab Fab, who return to the small screen (celebrating the 20th anniversary of the series) with a three-episode special, the last coinciding with the London Olympics. Sadly, there is no more new Lacroix for Eddy to wear, but we think a print-crazy number by Mary Katrantzou would suit her just as well.