Given the intimate relationship between fashion and theatre over the years, a look at theatre costume design, from early sketches to opening night. 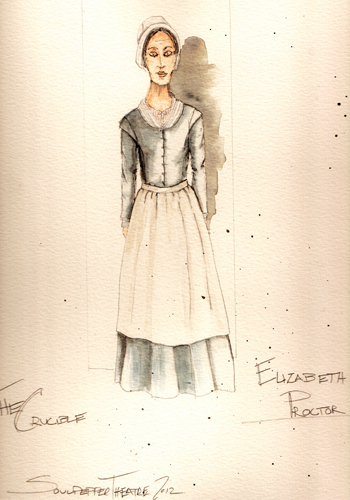 If well-tailored
clothing makes the man and accurately rendered costume, the actor, we can pretty well deduce that the clothes on your back are an important part of performance—onstage or not. With this complex relationship between clothing and personality so intricately bound up in both theatre and fashion, it’s no surprise that these two worlds tend to intertwine—some of the greatest couturiers have loaned their design expertise to the stage: Christian Dior, Yves St Laurent, Giorgio Armani, Gianni Versace, Alexander McQueen and Zandra Rhodes have all designed notable theatre costumes throughout history.

And the theatre costume design process is no less meticulous than that done for everyday wear. Take the final weeks leading up to Soulpepper Theatre’s opening night production of Arthur Miller’s
The Crucible in Toronto, where Lorenzo Savoini, the company’s resident costume and set designer, outstretches his arms to reveal hands, black from the hours spent destroying his work.

Savoini, who designed original costumes for each of the 24 actors who appear in the show—for some, more than one—is going through a costume breakdown period, a rigourous process of slowly wearing away at the material, tearing

holes and spattering it with paint and dyes, to transform the costumes into clothing more reflective of the Puritan community set in 1692 Salem.

“I want hems to feel worn, cuffs to feel worn, collars to be dyed,” says Savoini, who holds an MFA in theatre design from UBC and is a graduate of the Soulpepper academy, the company’s in-house artist training program. “Everything has a feeling of real wear to it hopefully and is slightly representative of how people would have lived back then.”

While the play is based on the real-life characters that were a part of the infamous witch trials, which resulted in the hanging of 19 townspeople, Miller wrote it as an allegory during contemporary 1950s America ridden with McCarthyism and the communist witch hunt. “Miller was using it as a way to shine light on what he went through and the hypocrisy in the American government and how artists were being treated in America at the time,” says Savoini.

His challenge, along with director Albert Schultz, was capturing the historical period in Salem as accurately as possible, while highlighting the relevance for a Toronto audience in 2012—without making it a museum piece. “The goal is to put everybody in clothing more than a costume,” he explains.

The couturier behind fashion and costume design: Alexander McQueen

A distinct period in time—between the late 1500s Elizabethan era and 1700s colonialism—clothing began to more clearly delineate status within newly establishing American communities. “They brought style from Europe, so I studied the way they adapted and created their own new world,” Savoini adds about the period rich in natural fabrics of linens, cottons and wools, hand-dyed using leaves and berries to achieve earthy tones of red or yellow, ochre and burnt umber.

To understand their humble attire, one must first look at their buttoned-up way of living. For this, Savoini delved into transcripts from the original trials, as well as warrants, letters, and indictments based on the witch hunt that sparked from the accusations and hysteria of a group of local girls. “What’s really fascinating about this community,” he says, “is they quite literally believed that they were born essentially in sin and spent their lives trying to earn their ways into heaven. And all the choices they made—what they wore, what they read, how they lived their lives— was based around trying to achieve this perfection.” Note the innocent-looking bonnets and
high waist seams and hemlines that create doll-like silhouettes in young girls at the time.

Inside the design process

“The set for the show is really where I started the design and the costumes came after,” says Savoini. “It’s a kind of Puritan architectural expression—there are simple, clean lines to both the set and clothing, and in a way it creates a kind of eeriness because it’s so perfect.” Savoini began researching the trials last November, sketching his findings into core images—“a visual clothing language,” he describes,— of the clergy, farmers and their wives and children.

After drafting preliminary drawings comes the fun part for Savoini —purchasing swatches of fabric in various colours and grouping them by character. Once the director approves the final sketches, the designs are recreated for the actors. “But you have to be careful that you don’t become a slave to the drawing,” he adds. “For me, a lot of the design happens in the fitting room when I’ve got the actor and we have discussions around the character and we just try to create little details that are their own,” he says, which could mean adding fabric buttons for farmers and brass buckles for judges and ministers.

Tech rehearsals—when actors finally merge with set, costumes and lighting onstage—is when the play takes on the visual form of a fully realized production. It’s here that Savoini meets with principal cast members to help get them to a point where they can step into their costume and it simply becomes clothing. “I want to make sure that they feel that they understand what they’re wearing and why they’re wearing it.” And why he no sooner will be ruining it.

John Galliano worked as a part-time dresser for the National Theatre’s production of
Danton in London during the early 1980s—which provided the inspiration for his debut collection.

Viktor & Rolf duo used nearly one million Swarovski crystals in the costumes they created for the staging of the romantic opera
Der Freischutz (
The Freeshooter) by Carl Maria von Weber at Germany’s Festspielhaus Baden-Baden in 2009.

Valentino Garavani created costumes for three works by the New York City Ballet that will be performed for one night at its annual fall gala this September. 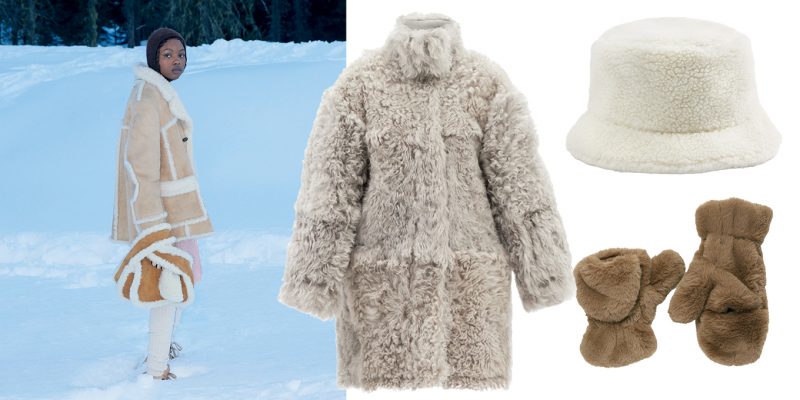