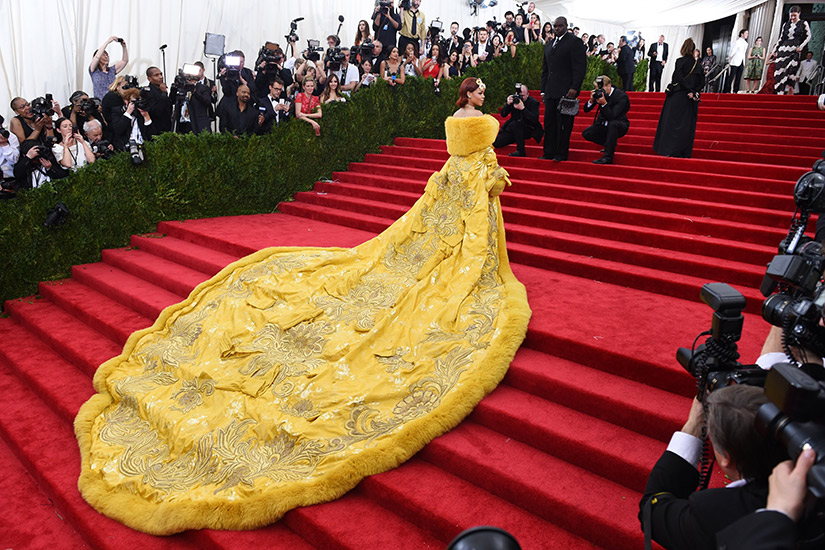 It’s almost time, fashion obsessives: the 2018 Met Gala is just around the corner. And we have questions. What will red-carpet queen Rihanna wear? Who’s going to totally own the theme and who will shy away from it? Well, okay, we don’t have all the answers. But here’s everything we do know ahead of the big night.

What is the Met Gala?

Officially known as the Costume Institute Gala, the Met Ball is an annual fundraiser for, well, NYC’s Costume Institute at the Metropolitan Museum of Arts. The fête dates back to 1948, which makes this year the 70th anniversary of the gala.

When is the Met Gala?

As tradition calls for, fashion’s biggest night always takes place on the first Monday every May. This year, that’s this Monday, May 7. Red carpet coverage starts at 7 p.m. You’ll have to hop over to the social media after the red carpet wraps up though; there’s a pretty strict no-posting policy once guests head inside, but someone might sneak in a bathroom selfie or two.

What is this year’s theme?

The theme of the Met Gala typically coincides with the costume institute’s newest exhibit. For 2018, it’s Heavenly Bodies: Fashion and the Catholic Imagination—a.k.a. how Catholicism has influenced fashion. Religion, of course, can be a sensitive topic and, depending on how attendees interpret it, the theme could stir up controversy. But Time reports that the Vatican has actually approved of the exhibit and has even loaned the institute more than 40 garments and accessories to put on display. There is a tiny catch, though: all of the Papal items—which have never been seen outside the Vatican—must be displayed separately from the modern designs.

Vogue editor-in-chief, Anna Wintour, has co-chaired the event since 1995, and always enlists a few public figures to help out. This year’s co-hosts are definitely worth the price of admission: Donatella Versace, Amal Clooney and Rihanna are all joining Wintour.

There’s no official word on who scored an invite to the ball, but we can make a few educated guesses. Celebs like Beyoncé, Katy Perry, Sarah Jessica Parker, Kim Kardashian West and Gigi and Bella Hadid are all regular attendees—anyone, really, who Wintour thinks has made fashion a priority over the past year.