Off the beaten path: London's most stylish hot spots

Stray away from the crowds and discover London's most stylish nooks and crannies. 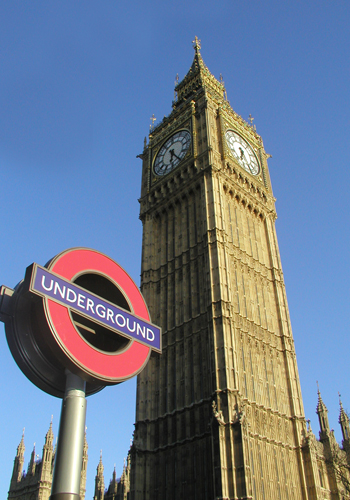 Londonphiles will find their favourite town a little more crowded than usual this summer. For one thing, the Queen is celebrating 60 years on the throne in June. But dazzling though a Diamond Jubilee may be, it is up against the sweat, pomp and circumstance of the Olympic Games. And what if one is neither a
royalist nor a sports fan? Literary types can take refuge in Charles Dickens’ bicentennial and the Victorian London he depicted.

The perfect time capsule to start with is Dennis Severs’ House in Spitalfields, whose unmarked doorstep is lit by a gas light. Dennis Severs was an American living in
London from the late ’60s until his death in 1999; he was, however, devoted to the 18th and 19th centuries. I visited his house, where he lived for two decades, and walked from room to room in total silence, listening to the recorded sounds of carriages in the distance, people’s conversations and the snap and crackle of real fires burning in the grates.

For dinner that night, my friend Peter spirited me to another home, though this one was still inhabited by the living: his friend Tony Hornecker, an artist and a set decorator. Hornecker owns an ephemeral restaurant called The Pale Blue Door, and it’s in a part of East London that has Jack the Ripper qualities. There’s no sign, only a pale-blue wooden door through which one walks into a dollhouse dining establishment bursting with mismatched tablecloths, candelabra, old paintings and photos…and a transvestite revue. We had excellent roast beef, horseradish sauce and crumble pudding and watched an exuberant drag cabaret. It wasn’t time travel, but it’s the kind of place that Dickens would have written a novella about.

Discover the hidden alcoves of London with our writers insider’s guide on where to stay, dine, and what to explore, on the next page…

These quirky and cool destinations will take you back in time.

The Rookery
If gilded blackamoors are to your taste, get thee to The Rookery (rookery.co.uk). With its oak panelling, lace curtains and four-poster beds, The Rookery is a time machine that takes its guests back to the 18th century. Happily, there are discreet historical inaccuracies, like Wi-Fi and flat-screen televisions. With its view of St. Paul’s Cathedral, the two-storey Rook’s Nest penthouse is particularly spectacular.

The Zetter Townhouse
The 13-bedroom Zetter Townhouse (thezettertownhouse.com) is the eccentric outpost of the wildly trendy Zetter boutique hotel and its restaurant, Bistrot Bruno Loubet, in Clerkenwell. Intrepid guests will love the mad-aunt furnishings. Sip Georgian-era cocktails with yesteryear ingredients like nettle and gunpowder tincture among plush chintz and taxidermy. The rooms have all the latest conveniences, plus idiosyncratic touches like slim volumes of W. H. Auden’s City Without Walls and Lyndall Gordon’s Eliot’s Early Years lying around for guests’ perusal. It’s exactly the kind of establishment that appeals to the strange but stylish. Isabella Blow would have loved it.

Hunterian Museum
The Hunterian Museum (rcseng.ac.uk/museums) at The Royal College of Surgeons is probably the creepiest you will visit—not, however, if you are unphased by pickled animal fetuses and truncated feet in glass jars. (Also on view are Winston Churchill’s dentures and the skeleton of Irish “giant” Charles Byrne.) This cabinet-of-curiosities collection belonged to 18th-century Scottish surgeon John Hunter.

Sir John Soane’s Museum
Sir John Soane’s Museum (soane.org/ holdingpage.php), the former home of Sir John Soane, architect of the Bank of England, gives new meaning to the phrase “nook and cranny.” The niches, vaults and passageways of this neo-classical mansion at Lincoln’s Inn Fields are chockablock with Hogarths, Piranesis, architectural drawings and models, as well as an Egyptian sarcophagus. Wandering through the rooms at the Soane is the height of serendipitous museum-going.

Find out more places to expore and the fabulous places to dine, on the next page…

The Idler Academy of Philosophy, Husbandry and Merriment

If you are interested in lectures on pig butchery, grammar master classes or Elizabethan needlepoint, The Idler Academy of Philosophy, Husbandry and Merriment (
idler.co.uk) is the place for you. Co-founded by writer Tom Hodgkinson and wave- and cloudspotter Gavin Pretor-Pinney, this coffee house is the brick-and-mortar extension of their literary journal,
The Idler, which espouses a leisurely, 19th-century-paced approach to living.

Dennis Severs’ House (
dennissevershouse.co.uk) offers Hogarth, Dickens and all things Victoriana in a cellar-to-attic visit that merges the virtual with the physical. Creeping around this elaborate fivestorey theatrical set that Severs created, one is not so much visiting as being bodily transported to yesteryear.

Next-door neighbours Cafe Oto (
cafeoto.co.uk) and Arcola Theatre (
arcolatheatre.com) form one of the most exciting art hubs in East London. Live new-music concerts are programmed just about every night of the week at the Oto, which moonlights as a café by day; the Arcola is a vast space in a former paint factory that showcases brave new collaborative theatre.

The Loft Project (
theloftproject.co.uk) is an irresistible gastronomic experience for those who are not shy about eating with strangers in the home of someone they don’t know, even if it is chef Nuno Mendes, formerly of El Bulli. Mendes and co-founder Clarise Faria invite worldrenowned chefs, like Swedish restaurant Fäviken Magasinet’s Magnus Nilsson, to cook for—and discourse about cooking with—tablefuls of passionate foodies.