TIFF cheat sheet: Our top 8 picks at the fest this year

Get your popcorn ready—we break down our best bets at TIFF this year and why you shouldn’t miss these soon-to-be hits. 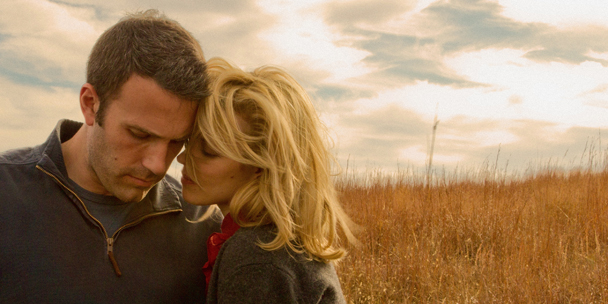 Film still of  To The Wonder. Image courtesy of the Toronto International Film Festival.

However you celebrate TIFF, including late-night stargazing at Brassaii. get to know these top 8 picks premiering at the festival this year (if only to name-drop during those long rush lineups).

Hot flick pick: To The Wonder

Who’s in it: A parade of international beauty and talent: Rachel McAdams, Ben Affleck, Javier Bardem and Olga Kurylenko.

Brought to you by: The man behind last year’s Palme d’Or-winning flick at Cannes, The Tree of Life, director Terrence Malick is back analyzing life and love and how their subtle intricacies bind us all.

Why we’re excited: A checklist of our favourite ideal love problems: A Parisian love, an old flame, and Ben Affleck caught in the middle.

Brought to you by: The debut feature written and directed by Canadian filmmaker Kate Melville.

Why we’re excited: Caught between coming of age and a hard place, Claire just might be Toronto’s female answer to Holden Caulfield.

Who’s in it: Keira Knightley as the tortured (and tortuous) namesake, Jude Law as her scorned husband, Alexei Karenin, and Aaron Taylor-Johnson as her lover, Count Vronsky.

Brought to you by: English director Joe Wright (Hanna, The Soloist) who marks his third collab with Knightley in a lavish period piece that’s adapted from a novel (Pride & Prejudice, Atonement).

Why we’re excited: The latest in a slew of film adaptions of Tolstoy’s 19th-century classic, Wright’s take on Anna’s ill-fated love triangle has us excited like it’s the first time.

For more our our top TIFF film picks, read on to the next page…

Film still of To the Wonder. Image courtesy of the Toronto International Film Festival.

Who’s in it: Penélope Cruz and Emile Hirsch, restoring our faith that all’s well in love and war.

Brought to you by: Italian actor-director Sergio Castellitto, who uses flashbacks to tell the story of a love affair that’s rekindled during war-torn Sarajevo in the ’90s.

Brought to you by: American director Josh Boone is his writing and directorial debut.

Why we’re excited: Because we’re promised unhealthy relationships caused by dysfunctional parents—finally, we get to see what happens when you write what you know.

Who’s in it: French actors Jean-Louis Trintignant and Emmanuelle Riva in a beautiful, heartbreaking tale of when and how love ages.

Brought to you by: German-Austrian filmmaker Michael Haneke who earned his second Palme d’Or last May with the film (his first was for The White Ribbon in 2009).

Why we’re excited: A blow to the romantic notion of growing old with someone when one partner falls ill, something tells us that the stellar cast in this film—already generating Oscar buzz for Best Foreign Language Film— will have us believing in love all over again.

Who’s in it: French actor Melvil Poupaud and Quebec actress Suzanne Clément as the tested lovers.

Brought to you by: Montreal’s golden boy Xavier Dolan in his third promising feature (because have you seen J’ai tué ma mere and Les Amours Imaginaires?).

Why we’re excited: We’ve seen him powerfully take on mother-son relationships, wispy love triangles and now, that moment when the love of your life admits he might be transgendered.