How to Lead at Work and Empower Others—and Yourself

From quieting your inner hater to forgetting how to multitask. 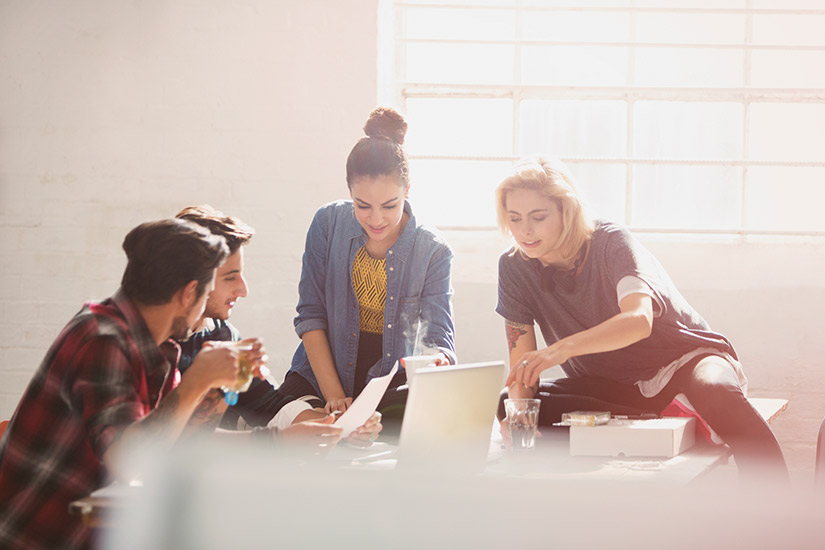 Like far too many women in business, Nada Stirratt knows what it’s like to be the only woman in a room. It’s an experience the Facebook exec has encountered countless times since joining the male-dominated tech industry in the mid ‘90s.

And she’s making sure there’s more and more of these types of role models every day. “If I’d gotten to a company where I was the only woman at the leadership table, it certainly was different when I left,” says the New York-based Stirratt.

That mission is part of why Stirratt, who’s Facebook’s vice president of global marketing solutions for North America, was in Toronto to give the keynote speech at the company’s She Means Business workshop in March. More than 900 entrepreneurs and businesswomen attended the half-day event, meant to support women and equip them with the skills to become effective leaders in the workplace.

Here are some ways empower others—and yourself—at work, as taken directly from the conference and Stirratt herself.

Facebook’s Nada Stirratt at the She Means Business conference in Toronto.

Like Stirratt, lead by example and offer mentorship to other women whenever possible. If, however, you’re someone who’s looking for a mentor, Stirratt encourages you to be selective: “Find somebody who inspires you, find somebody that you want to emulate.”

We all have one: that little voice inside your head that just won’t shut up, viciously pointing out every single thing you don’t like about yourself or your work. A significant chunk of time at the She Means Business workshop was spent discussing and analyzing methods to deal with our inner haters. “Take care of yourself in the way you take care of the people you care about,” CEO and founder of Fast Forward Group Lisa McCarthy told the room. McCarthy had each woman spend a few minutes writing down what their inner critic says—and then read it out loud, leaving many participants shocked at the horrible things they think about themselves.

McCarthy’s point is this: if you spend all this time and mental energy dwelling on the negative—and often untrue—aspects of your personality and work, what are you taking away from? She recommends putting a positive spin on the negative stories you tell yourself, learning to accept compliments and, perhaps most importantly, to stop comparing yourself to others.

Similar to McCarthy’s teachings, Stirratt is a big proponent of writing down her goals. “What gets written then gets done,” she says. This can and should include both professional and personal goals or accomplishment. When Stirratt started at Facebook last year, for example, she listed goals for her new job, but lead with the accomplishment of celebrating her 25th wedding anniversary.

But just writing a vision statement isn’t enough. Share it with your team, or organization or even (eep!!) post it on social media. That way, not only are you holding yourself accountable, others around you will be checking in on your progress as well.

“It’s rude and incredibly distracting,” Stirratt explains. “I like to be incredibly focused, incredibly present so that you don’t waste anyone’s time.” One tip she suggests to make this a reality: don’t bring your phone into meetings.

5. Get to know your co-workers

In order to get to know the people she’s working with, Stirratt likes scheduling breakfasts with individuals or small groups for some face-to-face personal time. “I learn so much and get so much out of really personal interaction[s], and it helps me make better business decisions.”