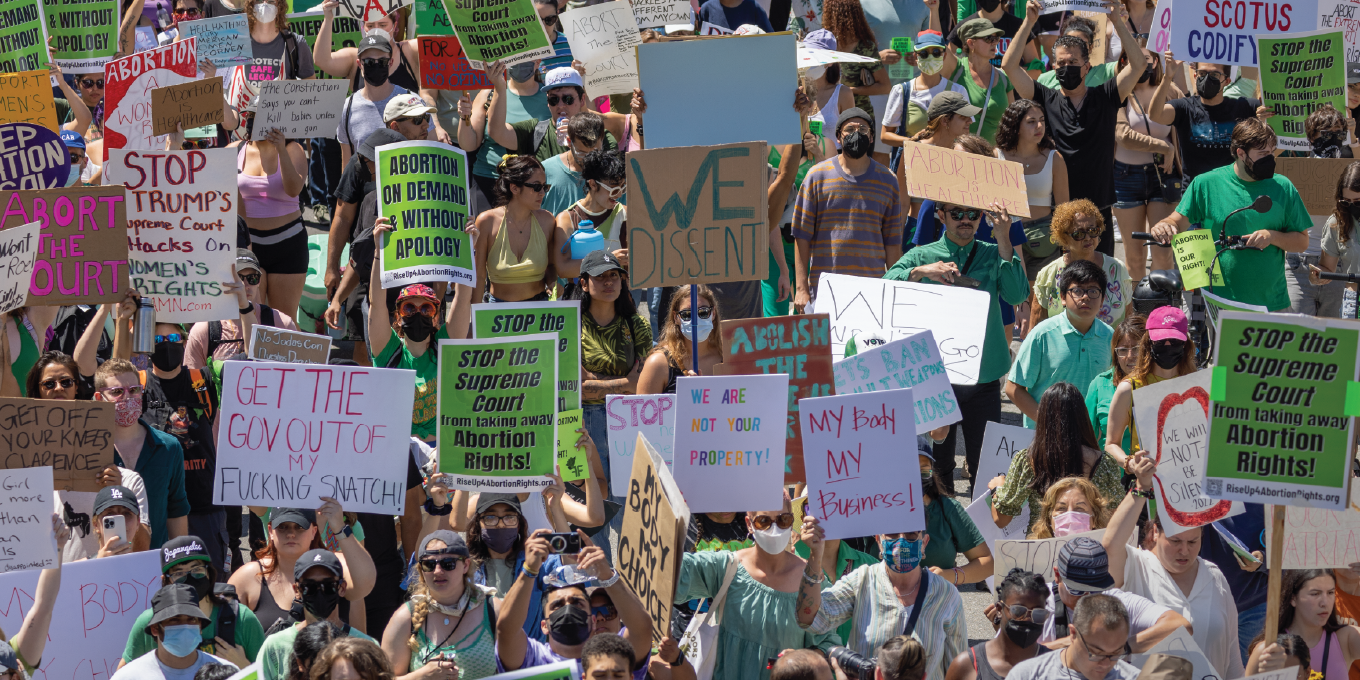 On Friday morning, The Supreme Court officially overturned Roe V. Wade, ending federal and constitutional protections for abortion that have been in place for nearly 50 years. The decision will lead to the banning of abortions across roughly half of the states.

The decision has been up in the air for the public for some time now. In May, Politico published a draft opinion from the Supreme Court indicating that the body will overturn Roe v. Wade in its upcoming decision of Dobbs v. Jackson Women’s Health Organization. The decision, as it reads in the 98-page document, is a full scale overhaul of abortion rights in America, undoing and lambasting both Roe v. Wade, as well as Planned Parenthood v. Casey—the 1992 case which later upheld the landmark 1973 ruling. Justice Samuel Alito writes in the draft, “any such right must be ‘deeply rooted in this Nation’s history and tradition,’ and ‘implicit in the concept of ordered liberty.’” Immediately after, the Justice writes that abortion does not fall into this category.

Leaked Supreme Court opinions are exceptionally rare. But now that the result has been made official and public, it isn’t entirely surprising. Trump was allowed to appoint three new Justices during his tenure, reshaping the court for a 6-3 split as it pertains to more conservatively-leaning Justices versus liberally-leaning appointees. Further, at least two of those Justices (Kavanaugh and Coney Barrett) have indicated that Roe v. Wade has been on their radars for some time. What is noteworthy, however, is the court’s current reasoning. Though Alito affirms that the reasoning is specifically for abortion rights, it’s hard to imagine it not being leveraged as precedent in the future for crusades against other “new-age” rights.

What that would mean is that abortion would again become a states’ rights issue, putting abortion access at risk for a large percentage of the country. According to the Center for Reproductive Rights, 29 states and five territories would be categorized as “not protected” or “hostile.” Not protected would indicate that while accessible, right to an abortion is not protected by state law. The majority of those states and territories fall into the “hostile” category, which means that those states would likely prohibit abortion almost immediately.

Of the hostile states mentioned above, 13 have trigger bans, which mean they would immediately outlaw abortion, reversing past bans with little to no state action, as soon as the decision is overturned. Also worth noting: the majority of those hostile states are in the south and midwest, restricting access for what would likely be hundreds of miles. There are several ways to help, but the most beneficial in this moment is through donating to an abortion fund. These funds not only help cover medical costs, but also transportation and travel costs for those seeking out abortion access.

Funds to support are listed below, by state, in alphabetical order. We have selected the 26 states highlighted as “most likely” to enact a ban, per the Guttmacher Institute.