Check out what's hot in music this month. 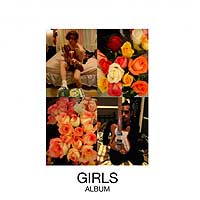 Having just made a short stop in the true north strong and free, this San Fran band continues to tour through the States over the next couple of months. However, I predict Girls will gain a lot of momentum and there’s no doubt that they’ll be embarking on another North American tour while the iron is still hot. How can I be so certain? Girls isn’t just another scenster band known more for their bangs than their ballads; barfed out of the boroughs of New York. Front man Christopher Owens croons like an old soul, crafting songs reminiscent of Buddy Holly with strummy Beach Boys-esque bravado.

It’s not all sunshine and lollipops for this California native;Owens didn’t exactly live the Brandon Walsh life. Born into the Children of God cult, Owen turned to a life on the streets at 16. Forget somehow being able to steer clear of complete destitution, Owens not only managed to get it together enough to explore his musical talents, he managed to make a pretty damn good debut album that’s not nearly as depressing as you might think it could be. I can’t say for certain, but judging by the breezy sun-kissed lyrics of songs like "Morning Light" , "Lust for Life" and "Darling", he’s dealt with his demons. Accompanied by Chet "JR" White, the twosome decided to escape from a life of eternal "slackerness" and put something solid together and indeed they did. The debut album, Album (I know, it’s either brilliant or stupid, I can’t decide) displays a musical maturity that they themselves may not even be aware of. Best song on the album, Album? Definitely "Hellhole Ratrace". Great melody, dark but at the same time uplifting with one of the best lyrics on the record: "I don’t wanna die / Without shaking up a thing or two / Yeah, I wanna do some dancin’, too / So come on, come on, come on, come on, and dance with me."

Check it out and let me know what you think. E-mail me at
[email protected]


Learn about Brit band The XX on the next page …

Out with their debut album this past August, The XX are a South London band making a lot of noise. Well, not really, it’s more gentle ambient love songs, but you know what I mean. NME named them one of the Future 50 Bands while super snoot website Pitchfork actually had good things to say about the 20-somethings. To give you an idea of their sound, think the vocals of JAMES front man Tim Booth with the playful back and forth of The Postal Service, but stick in Romy Madely Croft in female vocals and her sparring partner, Oliver Sim. The two craft gentle love songs, sometimes about hating love, that if given the right venue, would have plenty of mainstream appeal. The band started out as school friends and have been at it for the past few years, however, there is a bit of a tarnished sparkle at the end of this musical rainbow. It was just reported that Baria Qureshi (keys) has left the band due to personal reasons. Too bad but not completely unheard of from a young band. Imagine touring months on end with the same people in the same confined space? The stink alone would be enough to make you jump ship. Needless to say, the band says it will carry on and fingers crossed they hold true to their promise. It’s not the kind of music that’s going to get the Cleveland Browns ready to take the field; it’s pretty, emotional and sweet. Sounds kind of sissy? I guess it is, but a bit of sissy music isn’t so bad when you’re in the right mood.

"Islands" and "Basic Space" provide the gentle musings of Croft in the role of seductress, while "VCR" waxes poetic about finding the right one. These guys have either only had amazing experiences with love, or simply never been in love. Give them one solid heartbreak and bring on the ode to Jagged Little Pill. Great album, great group, worth a listen.

The New Moon Soundtrack is surprisingly good. Find out why on the next page …

Yes, the Twilight series is a guilty pleasure when you’re over 18 but the soundtracks aren’t! The latest musical installment in the money making monster is chalk full of original music by more indie artists than you can shake a fang at. I had to try for some kind of vampirical reference, even if it was really weak.

Yes, you’ve heard of Death Cab for Cutie, The Killers and you better have heard of Thom Yorke, otherwise we’re in a fight. With the exception of the aforementioned artists,
New Moon packs a powerful soundtrack full of indie artists with lots of cred. Grizzly Bear, Anya Marina, Bon Iver, Sea Wolf and ellecanada.com featured artist Lykke Li all make appearances. Considering the
Twilight soundtrack sold over 2 million copies to date, it’s not wonder that these artists have thrown indie cred to the wind and jumped on the vampire band wagon. Wouldn’t you? It’s pretty much guaranteed album sales and recognition if you can get on a soundtrack from a series like
Twilight. Remember The Shins before
Garden State? Me neither.

The first week of November had already seen the soundtrack hit the number one spot on the Billboard 200 chart. Anya Marina does a great job with her contribution, weaving ethereal melodies around "Satellite Heart". She simply has an amazing voice and it’s no wonder they chose this chanteuse to sing of Bella’s love and confusion. Ahhhh, be-still my heart. If you’re a real die hard, check out the
video for the single on or and you’ll see clips from the new movie. Here’s hoping
New Moon is a far better movie than
Twilight…not that I’m into it or anything. British band, Band of Skulls, have only just released their debut album Baby Darling Doll Face Honey and you can be assured that their single "Friends" on the soundtrack will contribute to some decent album sales. It’s a catchy rock tune and I’ve had a listen to a few of their other songs and I definitely would recommend checking out their first attempt. Kind of White Stripes-ish. Of course Lykke Li can do no wrong and she kills it with "Possibility". The entire album is a great mix of talented artists helping to tell a story through music and it all just works. A great Christmas gift and an excellent listen.

What other soundtracks do you love? Let me know at
[email protected].