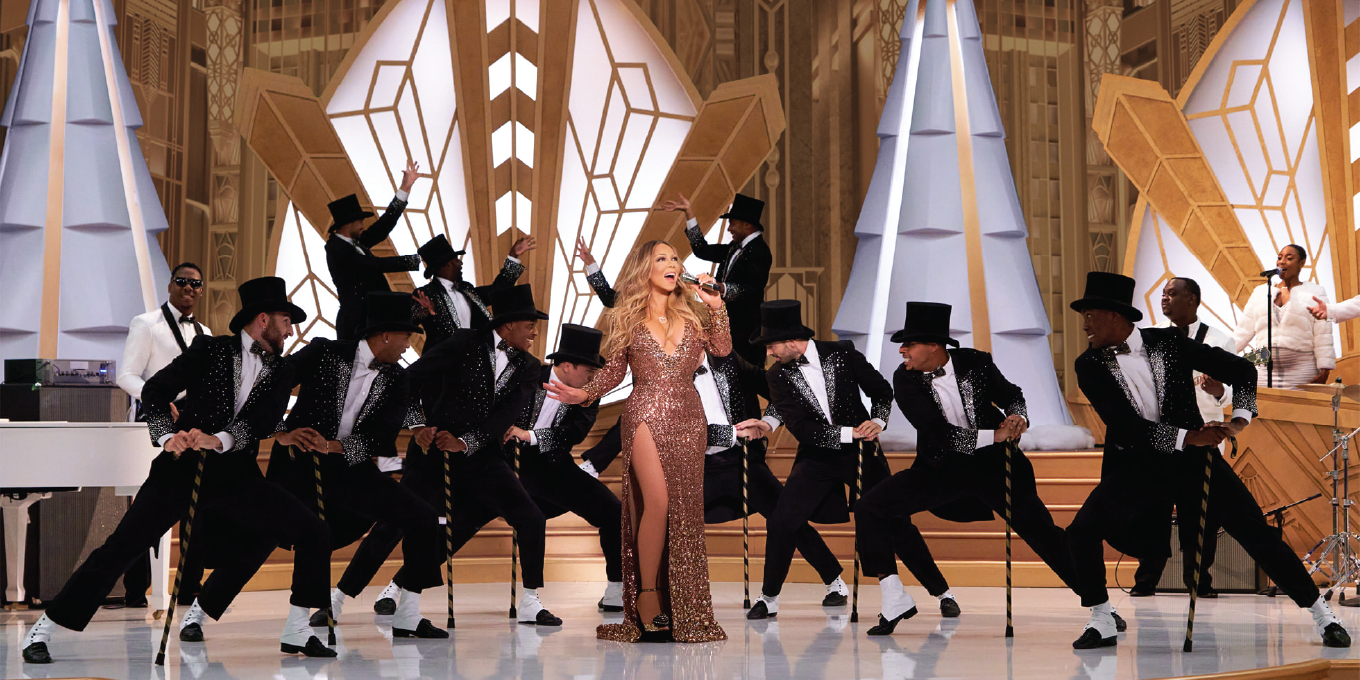 Nearly three decades since the release of her holiday touchstone, “All I Want for Christmas is You,” consummate pop diva Mariah Carey has established herself as another kind of cultural icon: the Queen of Christmas. With its twinkling introduction, sing-along lyrics, rapturous chorus, and glorious melody that harmoniously combines elements of R&B, gospel, and pop, “All I Want for Christmas is You” is a brilliant holiday song by design. But paired with Carey’s powerhouse voice, the performance of which sees her at some of her most  dynamic and sublime, the song has become a seasonal hallmark and one of the chanteuse’s signatures.

“All I Want for Christmas is You” has gained more and more popularity with each year. It’s omnipresent on playlists, consistently tops the charts (Billboard recently named it the Greatest Holiday Song of All Time), and is prominently featured in seasonal movies like Love Actually. Music streaming has further expanded the track’s reach, with it reportedly breaking Spotify’s record for most streams in a day at over 17 million.

The song has allowed Carey to build a Christmas empire to include an annual concert residency at New York’s Beacon Theatre, a children’s book, an animated film, collections of themed merchandise, and two holiday television specials—Mariah’s Christmas: The Magic Continues follows last year’s spectacular and premieres globally on December 3 on Apple TV+ with a new single, “Fall in Love at Christmas,” featuring Khalid and Kirk Franklin.

The enormous success of the song, though, is an undeniable testament to its broad appeal. The pairing of its rich instrumentation with Carey’s glorious voice cultivates an indelible quality of pure joy that transcends both faith and genre. It’s a feeling that’s universal, and it makes “All I Want for Christmas is You” something all-embracing and timeless, proving that it’s not just a great holiday song, but a perennial pop song, and likewise demonstrating the magical powers pop music can have on our lives in how it prompts particular emotional responses.

The song also carries a childlike wonder—which makes sense when thinking about how it came to be to begin with, because Carey’s deep affinity for the festive didn’t come from a joyful place. It came, rather, from a pit of desperation. In her memoir, The Meaning of Mariah Carey, she traces it back to her turbulent childhood, which was fraught with violence and neglect.

Carey’s mother tried to make an effort during Christmas, decorating the house, singing carols, and working through an advent calendar. But the magic Carey craved so much would quickly be dispelled. Her brother and sister would arrive for dinner, Carey writes, and “eventually, inevitably, they would all explode in a torrent of verbal abuse. I would sit there in the centre of the chaos, crying and wishing: wishing they would stop screaming, wishing my mother could stop them from screaming and cursing. Wishing I could be somewhere safe and merry—somewhere that felt like Christmas.” So she turned inward, plumbing the depths of the spark that burned brightly within herself.

“My wishing was more powerful than their pain. I wished with exuberance. I set about creating my own little magical, merry world of Christmas. I focused on all the things my mother struggled to create; all I needed was a shower of glitter and a full church choir to back me up. My imaginary Christmas was filled with Santa Claus, reindeer, snowmen, and all the bells and trimmings a little girl’s dreams could hold.” Carey channelled that inner light again when she co-wrote “All I Want for Christmas is You,” the lead single from her 1994 album Merry Christmas. 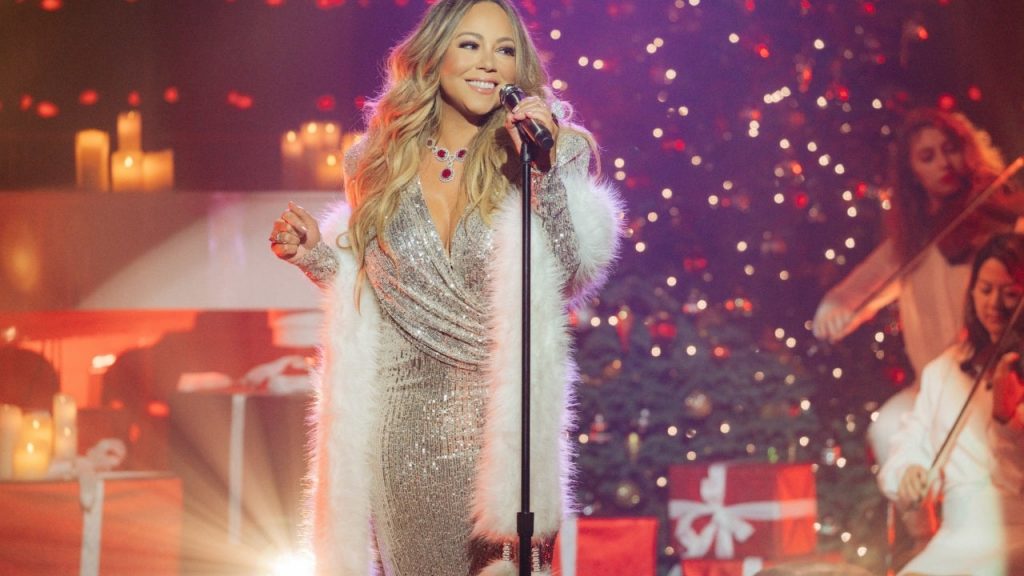 “For me, it’s not just making a Christmas album for the sake of jumping on a bandwagon,” she told Billboard in 2019. “It’s literally exorcising the demons that I had to battle as a child and coming out still feeling festive.”

“It’s precious to me because it genuinely feels like it’s a part of my childhood that I never got to experience.”

Carey’s perpetual search for happiness in her life—mining it tirelessly from the pain she has endured—has inadvertently made her a kind of ambassador of hope. “All I Want for Christmas is You” arguably means so much to so many because it simply makes us feel good. It makes us feel happy. And that is enough. That can be everything. The carol is a pure manifestation of that magic Carey wished for and, through it—and, to be sure, this sentiment extends to the effect her music has made on fans in general—the love she so yearned for as a young girl is finally reciprocated back to her tenfold: this time, from the entire world.

“I’ve always been a tragically sentimental person, and Christmastime embodies that sentimentality for me,” Carey writes in her memoir. “I wanted to write a song that would make me happy and make me feel like a loved, carefree young girl at Christmas. I wanted to sing it in a way that would capture joy for everyone and crystallize it forever. I also believe that somewhere inside I knew it was too late to give my brother and sister peace, and my mother her wonderful life, but I could possibly give the world a Christmas classic instead.”

Mariah’s Christmas: The Magic Continues is available to stream now on AppleTV+.