Sir Paul McCartney was named Artist of the Year at the inaugural Ultimate Classic Rock Awards with 34 per cent of the vote. 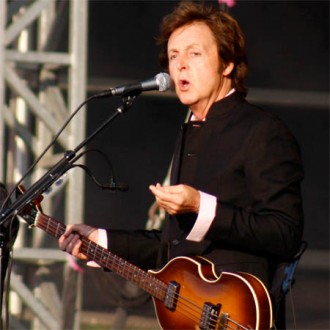 Sir Paul McCartney has been named Artist of the Year at the inaugural Ultimate Classic Rock Awards.

The 69-year-old musician beat off strong competition from Motley Crue’s Nikki Sixx, Chickenfoot’s Sammy Hagar and Alice Cooper to take home the honour with 34 per cent of the vote in the poll.

A statement on ultimateclassicrock.com said: “The 69-year-old McCartney had his (meat-free) plate full for all of 2011. Whether it was releasing re-issues of his two truest solo efforts, ‘McCartney’ and ‘McCartney II,’ collaborating with the New York City Ballet, producing a film marking the 10-year anniversary of 9/11 or embarking on his huge ‘On the Run’ tour, he pretty much did it all. Congratulations, Paul!”

AC/DC were the big winners with wins in three categories including Best Reissue or Archival Release, Best DVD and Best Commercial while Chickenfoot received two gongs, Album of the Year for ‘Ill’ and Song of the Year for ‘Big Foot’.