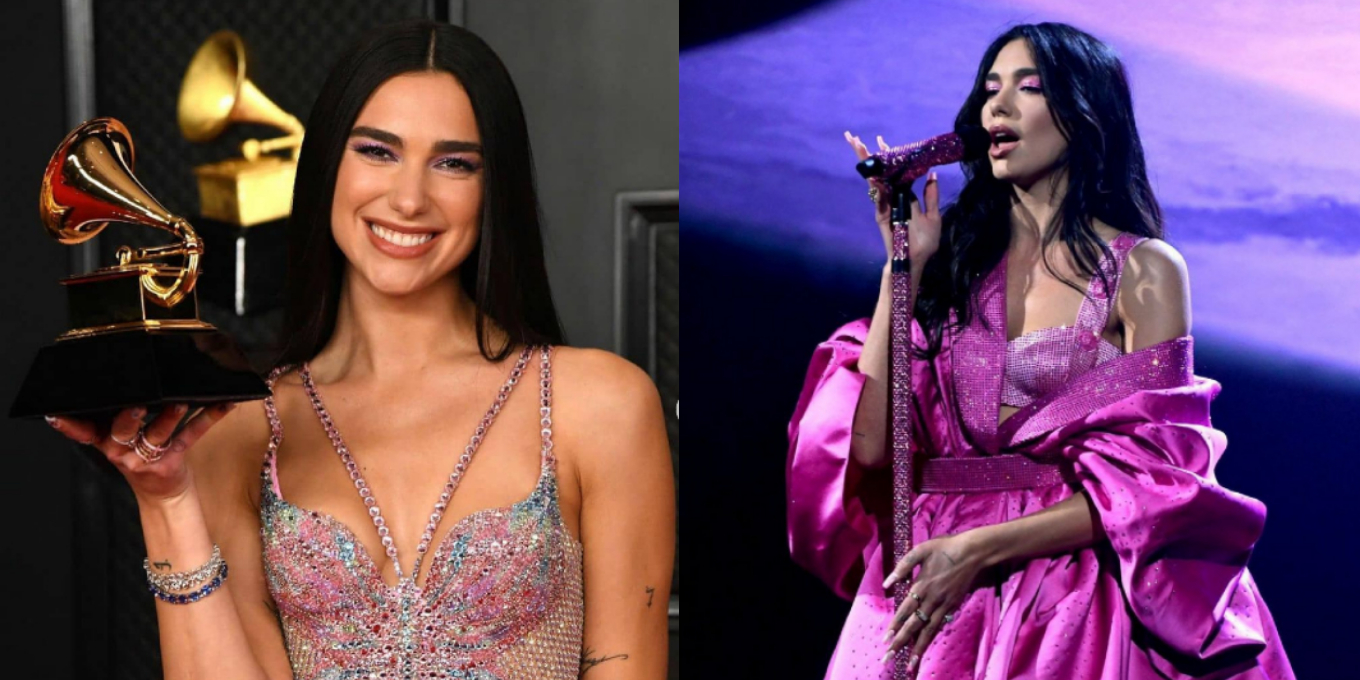 Following her Best Pop Vocal Album win for Future Nostalgia at the 2021 Grammy Awards, powerhouse pop star Dua Lipa caught up with Nic Kelly on how the album helped boost her confidence as a performer and how this win is nothing short of “a dream come true.”

Dua, how are you? Congratulations!

Thank you so much! I’m over the moon and feeling very proud.

Best Pop Vocal Album! Talk me through how you’re feeling?

To be recognized by my peers for an album that I’m so proud of, it’s amazing! And to be in front of so many artists that I love and admire, was a massive dream come true. There were also so many incredible women that were nominated and awarded tonight and I feel so lucky to be a part of an amazing group of female artists.

We’re just about to mark a whole year of Future Nostalgia…12 months on, how do you reflect on the album?

This album in particular has helped me grow so much. It’s given me a boost of confidence and shown me that I can be the performer I’ve always wanted to be.

Tonight was not your first Grammys. What felt the same or different this time around?

The way the stage is set out is quite different from the previous years. You may not have that large crowd of people and or the high energy while you’re performing, but it’s just as amazing. Nothing beats the feeling of going to the Grammys.

Your performance was VERY special. How many costume changes did you do?

So great to see you on the stage tonight like we saw with STUDIO 2054 which is now back live! Have you recovered from that performance yet?

Very soon we’ll be able to see you perform. How excited are you to be performing again?

I can’t wait, I’m dying for that human connection. I love performing, I love touring, I love being on stage, and I’m so excited to get the show back on the road.

Are there any surprises left for this album?

Absolutely! We have something very special coming. Hopefully some performances and prepping for a tour.

Grammys 2021 Best-Dressed: The Top Looks of the Night
The Rise of Kaytranada, Canada’s Grammy-Nominated Wunderkind
Everything That Happened at the 2020 Grammys