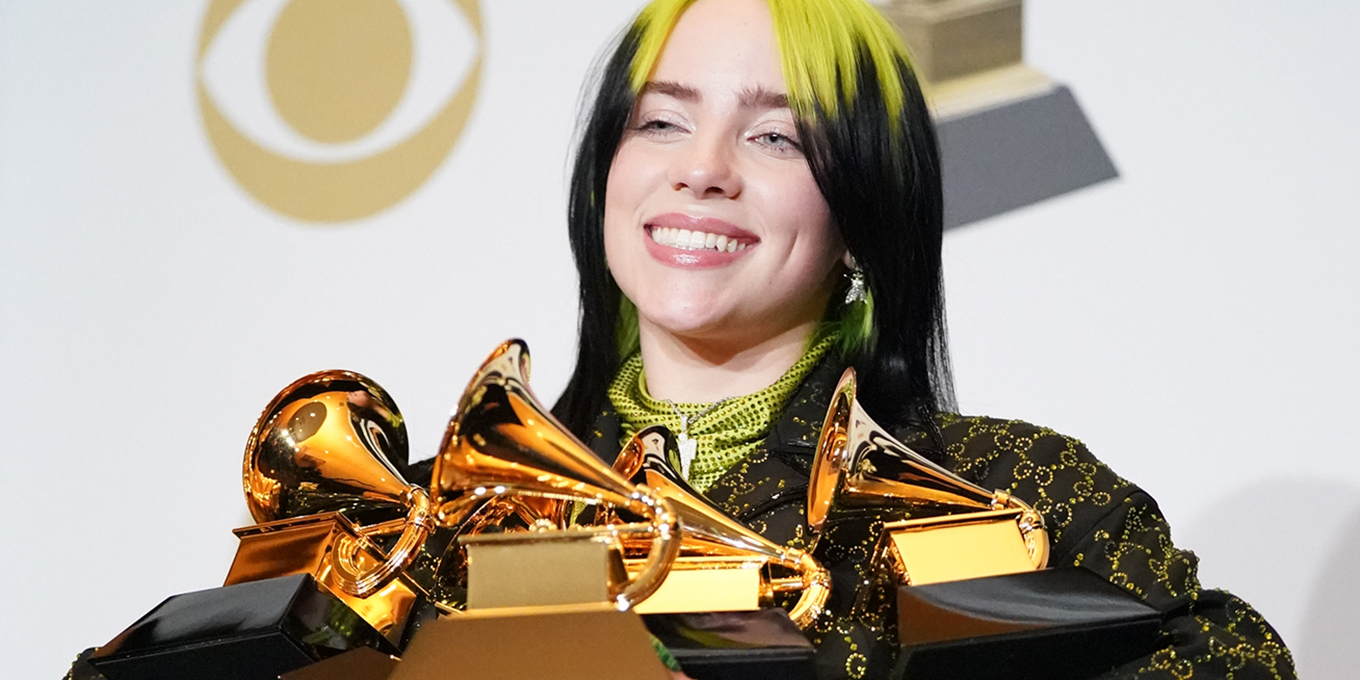 Eight-time nominee Lizzo kicked off the night’s festivities with a somber “Tonight is for Kobe.” Her rousing performance of her hits “Cuz I Love You” and “Truth Hurts” included a costume change, orchestra, ballet dancers, and, of course, a flute solo. Her infectious joy and enthusiasm made it impossible not to smile along. (Side note: Where can we get one of those glowing tutus her dancers were wearing?)

A Tribute for Kobe Bryant

Before the show had even started, stars were mourning the loss of basketball legend Kobe Bryant and his 13-year-old daughter Gianna, who tragically passed away in a helicopter accident along with seven others earlier today. That grief carried on into the show, which was held at the Staples Center in L.A. – where Bryant played throughout his career as a Laker. Host Alicia Keys acknowledged the loss in her opening monologue, saying, “We never imagined in a million years we’d have to start the show like this, so we wanted to do something do describe a tiny bit how we feel right now.” Boyz II Men then joined Keys on stage for for a moving rendition of their classic “It’s So Hard to Say Goodbye to Yesterday.”

"We're literally standing here heartbroken in the house that Kobe Bryant built." At the Staples Center, @aliciakeys opens the #GRAMMYs with a touching tribute. pic.twitter.com/wPY8VkReOb

We couldn’t possibly do justice trying to explain what exactly happened during Tyler, The Creator’s impressive performance of “Earfquake” and “New Magic Wand.” But we do know he did not come to play. You just need to see it for yourself.

We do have some questions about Usher’s lively Prince tribute. For example, why now? Also, why was FKA Twigs on stage only to dance around Usher and not actually…sing? (Seriously, why?) That said, these songs will never get old.

We dare you to watch Camila Cabello’s dad cry at her moving performance, which was dedicated to him, and not do the same yourself.

After Ariana Grande pulled out of last year’s Grammys because of a dispute with the show’s producers, the “7 Rings” singer returned to the stage for the first time since 2015. And tbh, we kind of wish this show  was just three and a half hours of Ari performing. But, if we must, we’ll settle for this six-minute ballgown-to-PJ moment instead.

The 2020 Grammys marked Billie Eilish’s first appearance at the ceremony – with six nominations to boot. At this point, it’s Billie’s world and we’re just living in it, right?

Lil Nas X’s smash hit “Old Town Road” is the song that led to many remixes, and the rap star brought them together for his performance tonight. Billy Ray Cyrus, Diplo and BTS were all among the musicians who joined him on stage, and it was a great time.

Demi Lovato made her long-awaited return to the Grammy stage tonight – her first performance since she was hospitalized for an overdose in 2018. Lovato was visibly emotional, even having to restart her new song, “Anyone,” but it was a beautiful performance that reinforced what a talent she is. The standing ovation she received was more than deserved.

A Star Is Born

If you didn’t already know who Spanish singer-songwriter Rosalía was before her debut Grammys performance, you’ll definitely remember her name now.

If it seemed like there were barely any awards given out during the three-plus-hour that’s because…very few awards were actually announced during the live show. But many artists are going home with Grammys tonight, including some who were recognized during an event earlier in the day. (Fun fact: Michelle Obama now has a Grammy winner; she won for Best Spoken Word Album for her Becoming audiobook.)

At the end of the night, Billie Eilish walked away the big winner. The 18-year-old won five of the six categories she was nominated in, dominating the ceremony. Check out some of the winners below, and read the full list here.

Album of the Year – When We Fall Asleep, Where Do We Go?, Billie Eilish