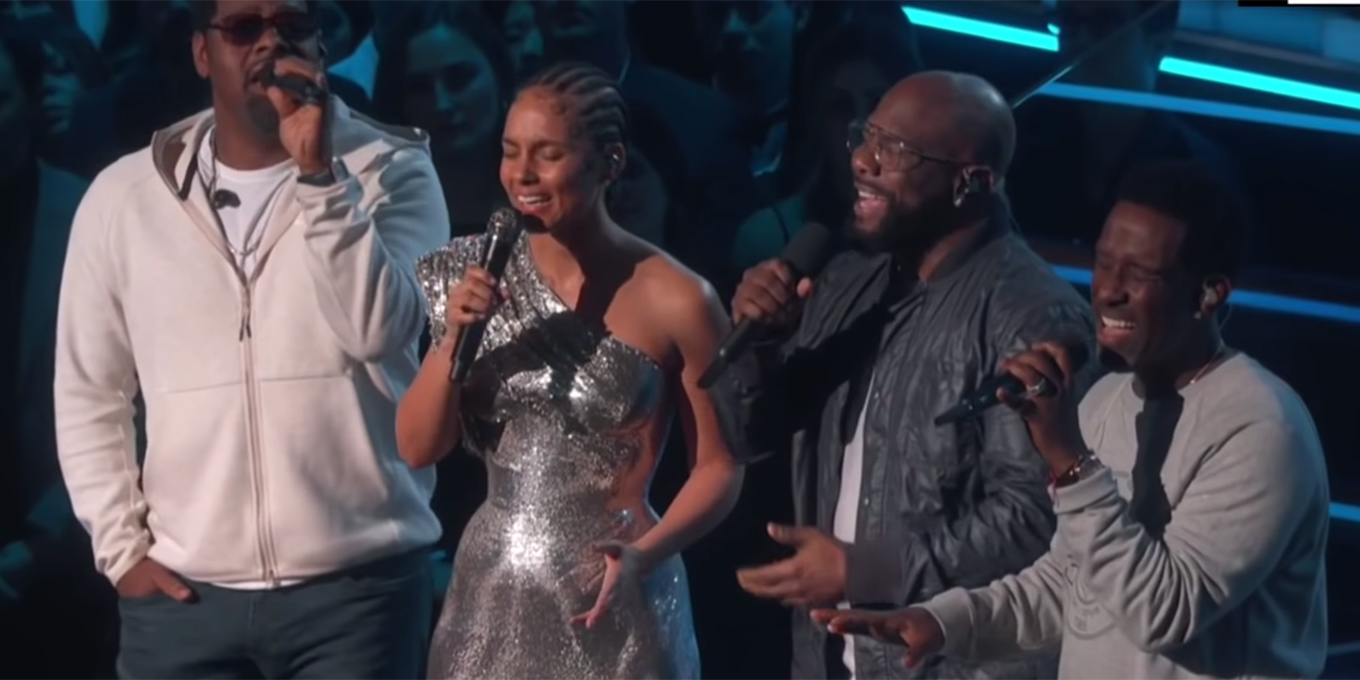 After the devastating news broke earlier today that Kobe Bryant and his 13-year-old daughter Gianna Bryant died in a helicopter crash, celebrities payed tribute to the NBA legend at the 62nd annual Grammy Awards.

Lizzo kicked off the show with a powerful medley  of “Cuz I Love You” and “Truth Hurts” backed by an orchestra. “Tonight is for Kobe,” she said before launching into the performance.

She also won one of the first awards of the night for Best Pop Solo Performance and referenced Bryant in her speech. “This whole week I’ve been lost in my problems and then in an instant all of that can go away,” she said. “And today, all of my little problems that I thought were big as the world were gone. I realized that there’s people hurting right now.”

Host Alicia Keys brought out Boyz II Men at the start of the show to sing an a cappella rendition of their track, “It’s So Hard To Say Goodbye to Yesterday.”

“We’re literally standing here, heartbroken, in the house that Kobe Bryant built,” said Keys in her opening monologue. Bryant played on the Los Angeles Lakers for 20 years; the majority of that time he played at the Staples Centre, where the Grammys were held. “We never imagined in a million years that we’d have to start the show like this.”

“I know how much Kobe loved music…he would want us to keep the vibrations high,” she added.

Bryant and Gianna were among nine people killed in the helicopter accident in Calabasas, California this morning, according to reports from CNN.