“Would you like me to be smaller? Weaker? Softer? Taller?" 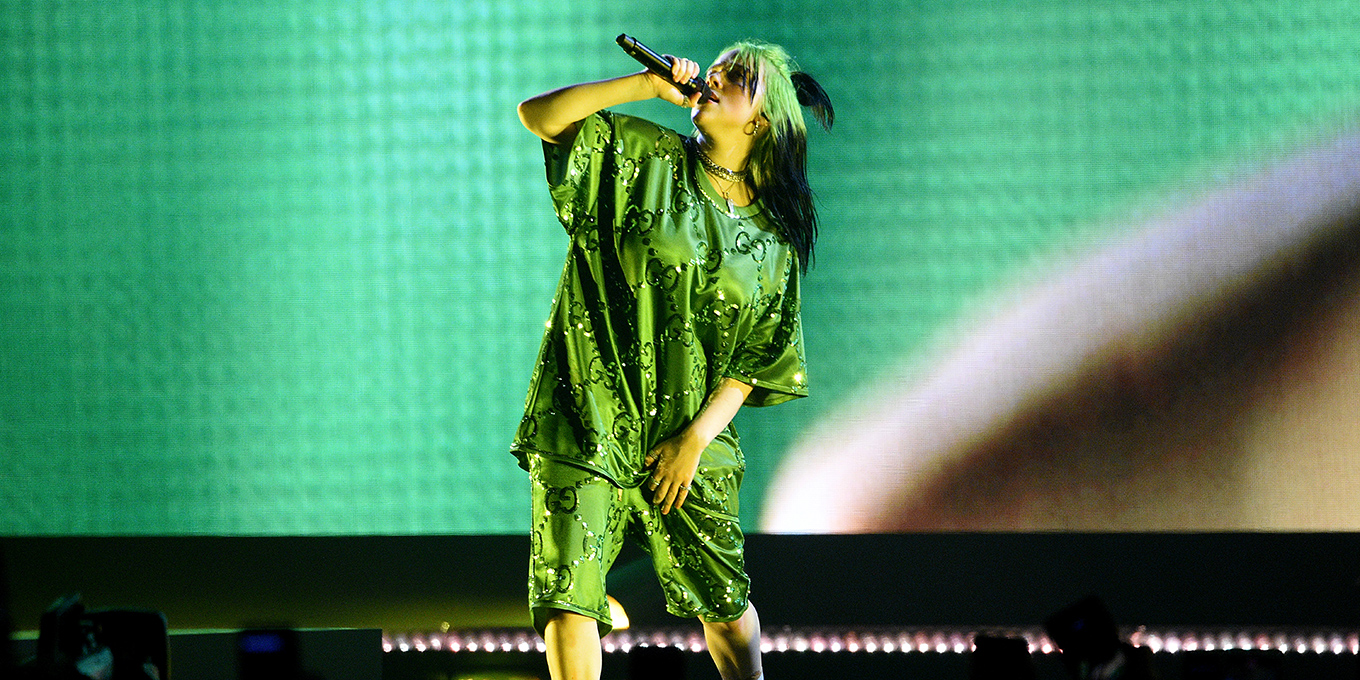 Eighteen-year-old Billie Eilish’s rise to stardom has not been without critiques of her signature oversized style. Now, however, she is facing critics and trolls head-on with a powerful video interlude featured in her 2020 arena tour.

The video premiered at her first “Where Do We Go?” world tour date in Miami on Monday night. It shows Eilish slowly peeling off layers of clothing as a speech is broadcast: “Am I my stomach? My hips? The body I was born with…is it not what you wanted?”

Known to frequently wear baggy clothing, Eilish has addressed her choice not to wear fitted or bodycon clothing before. In a Calvin Klein campaign last year, she explained: “I never want the world to know everything about me. I mean that’s why I wear big, baggy clothes. Nobody can have an opinion because they haven’t seen what’s underneath.”

She’s also discussed her thoughts on body image extensively in interviews. In a Rolling Stone profile last year, she said of her relationship to her body growing up: “…I’ve never felt comfortable in really tiny clothes. I was always worried about my appearance. That was the peak of my body dysmorphia. I couldn’t look in the mirror at all.”

The end of the interlude speech sums up the danger of making assumptions about people’s bodies: “Is my value based only on your perceptions? Or is your opinion of me not my responsibility?”

Watch the full interlude below.

.@BillieEilish showed off her body in visuals during an interlude at her concert in Miami. pic.twitter.com/zhj3lHNH4b

Billie Eilish’s Oscar Reactions Reminded Us We Are Old