What's on our pop culture radar this month

Charting what you’ll be loving this month. 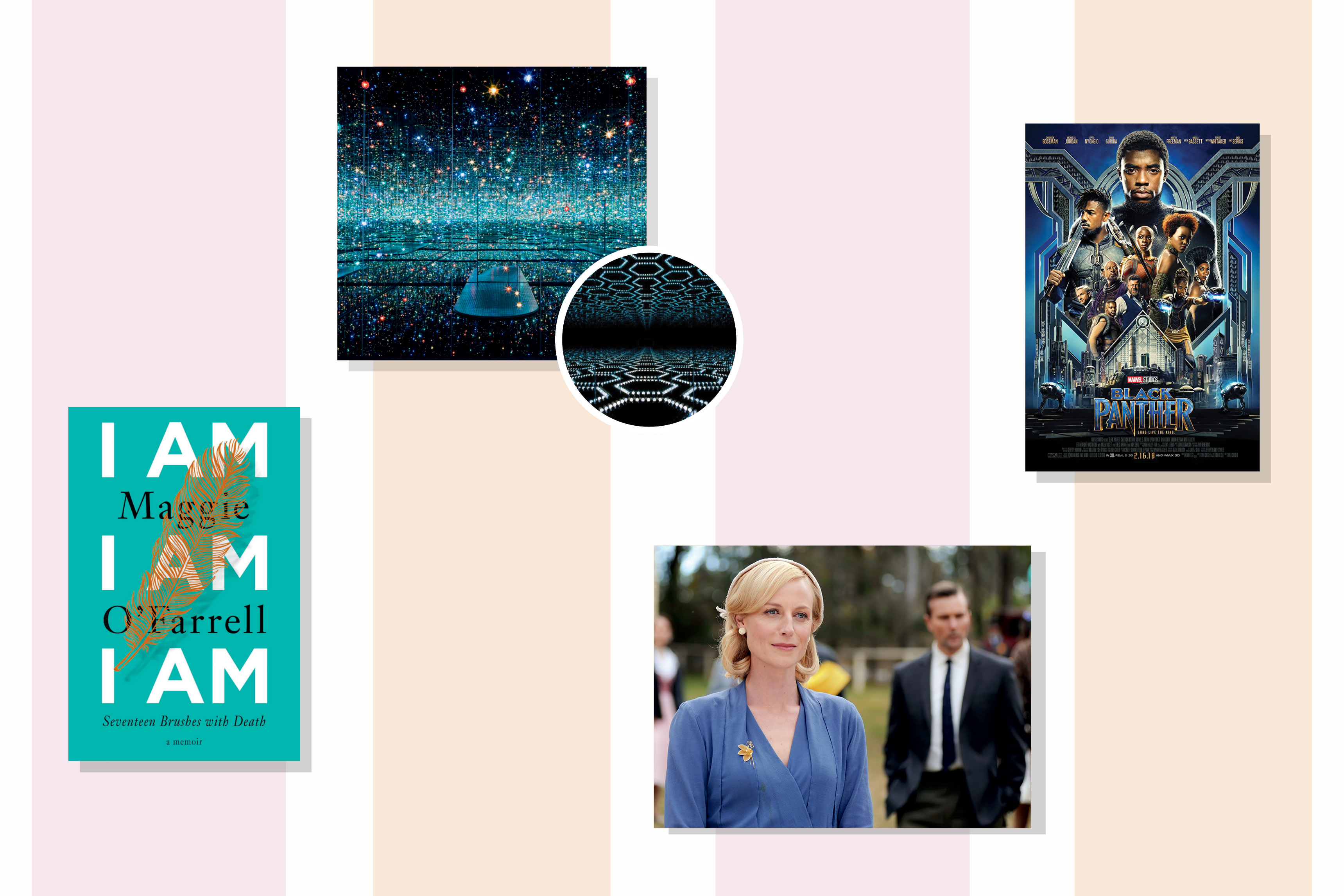 Watch: We’ve literally been waiting to see Marvel’s Black Panther for years. From the star-studded, mostly black cast, to the badass female characters—including Oscar-winner Lupita Nyong’o, Black Mirror‘s Letitia Wright and The Walking Dead‘s Danai Gurira—and now a record-breaking box office debut, it exceeds expectations on every level. Chadwick Boseman returns for his second action-packed outing as T’Challa, taking over from his father as King of Wakanda only to find his position challenged, in a story that may leave you a little misty-eyed.

Read: When we finished Nina Riggs’ extraordin­ary memoir. The Bright Hour, last year (yes, we cried), we didn’t think we’d read anything quite like that deeply human story of living and dying for a long time. Yet just a few months later, along came another remarkable volume of a woman’s life experience that could easily sit alongside Riggs’ in its pathos and prose. Maggie O’Farrell’s I Am, I Am, I Am is about a series of near-death experiences—from bleeding out during a Caesarean to narrowly escaping a serial killer’s clutches—that, woven together, tell O’Farrell’s own story. (And, yes, we cried while reading this one too.)

Watch: If The Marvelous Mrs. Maisel, Amy Sherman-Palladino’s triumphant take on costume drama (seriously, it’s like the best of Gilmore Girls but with really good ’40s dresses) has you in the mood for more period pieces, might we suggest Acorn TV? It’s an under-the-radar streaming service that focuses on a niche dear to our Downton-missing hearts: Australian, U.K. and Canadian television that leans heavily on the cozy/soapy. Specifically, consider A Place to Call Home, which chronicles the dramz of a small down-under farming community in the 1950s. At five seasons deep, it’s ripe for a winter-weekend binge.

Visit: Do yourself a favour and DON’T Instagram while you’re walking through Yayoi Kusama: Infinity Mirrors when it comes to the Art Gallery of Ontario (March 3 to May 27). Sure, the fever-trippy funhouse mirrors cry out for creative selfies, but, tbh, they have all been taken before by other people who have visited the mega-popular exhibit on its world tour. Instead, gift yourself with a rare experience and simply wander phone-free through this masterful retrospective of the legendary Japanese artist’s kaleidoscopic oeuvre.

Watch: Netflix is eager to send us back to the ’90s, and we can’t say we hate the idea when the result is their new show, the nostalgia-filled, blast-to-the-past, Everything Sucks! Set in 1996 in a town called Boring, Oregon (yes, it’s a real place), the dramedy follows teens from the small town high school’s AV and drama clubs as the join forces to make a movie. It’s sweet, funny and will definitely have you searching for your long-lost Alanis Morissette cassettes.